In 1896, a French Cartoonist Predicted Our Socially-Distanced Zoom Holiday Gatherings 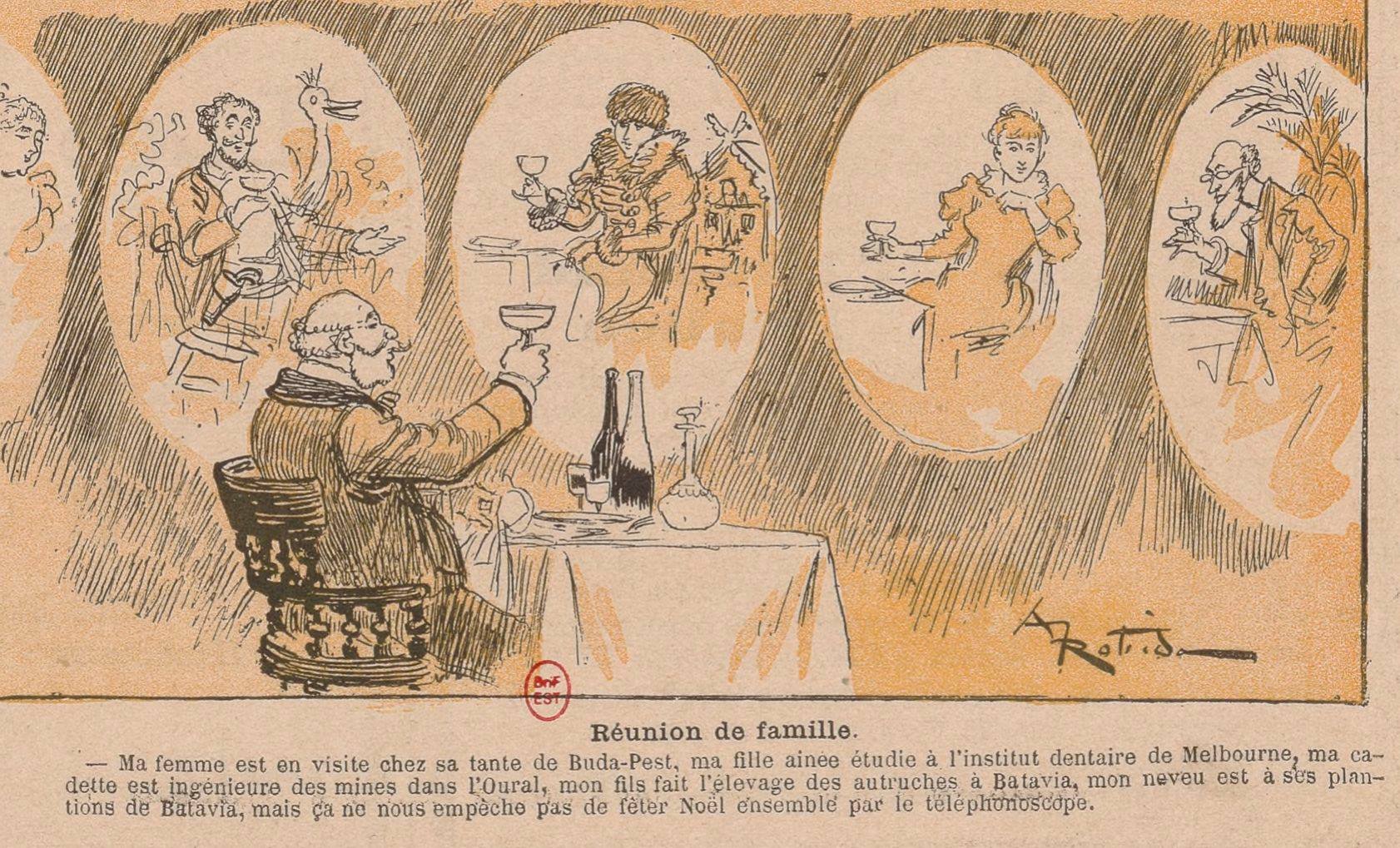 Imagine that, this time last year, you’d heard that your family’s holiday gatherings in 2020 would happen on the internet. Even if you believed such a future would one day come, would you have credited for a moment that kind of imminence? Yet our videoconference toasts this season were predicted — even rendered in clear and reasonably accurate detail — more than 120 years ago. “My wife is visiting her aunt in Budapest, my older daughter is studying dentistry in Melbourne, my younger daughter is a mining engineer in the Urals, my son raises ostriches in Batavia, my nephew is on his plantations in Batavia,” says the caption of the 1896 cartoon above. “But this does not prevent us from celebrating Christmas on the telephonoscope.” 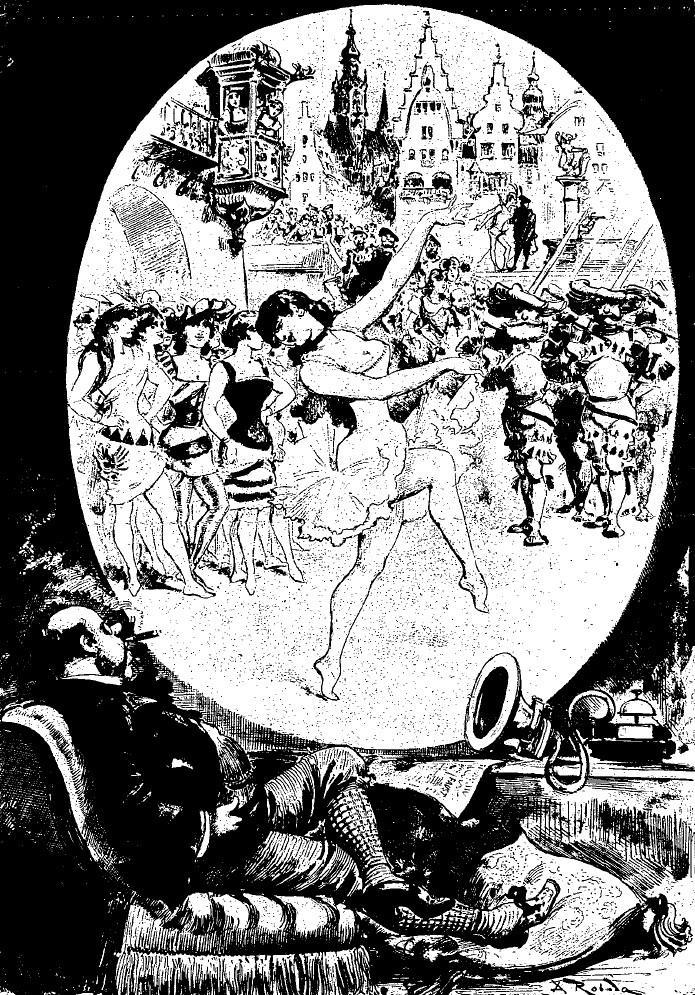 This panel ran in Belle Époque humor magazine Le rire (available to read at the Internet Archive), drawn by the hand and produced by the imagination of Albert Robida. A novelist as well as an artist, Robida drew acclaim in his day for the series Le Vingtième Siècle, whose stories offered visions of the technology to come in that century.

“Next to Zoom Christmas,” tweets philosophy professor Helen de Cruz, Robida also imagined a future in which this “telephonoscope” would “give us education, movies, teleconferencing.” As early as the 1860s, says the Public Domain Review, Robida had “published an illustration depicting a man watching a ‘televised’ performance of Faust from the comfort of his own home.” See image above. 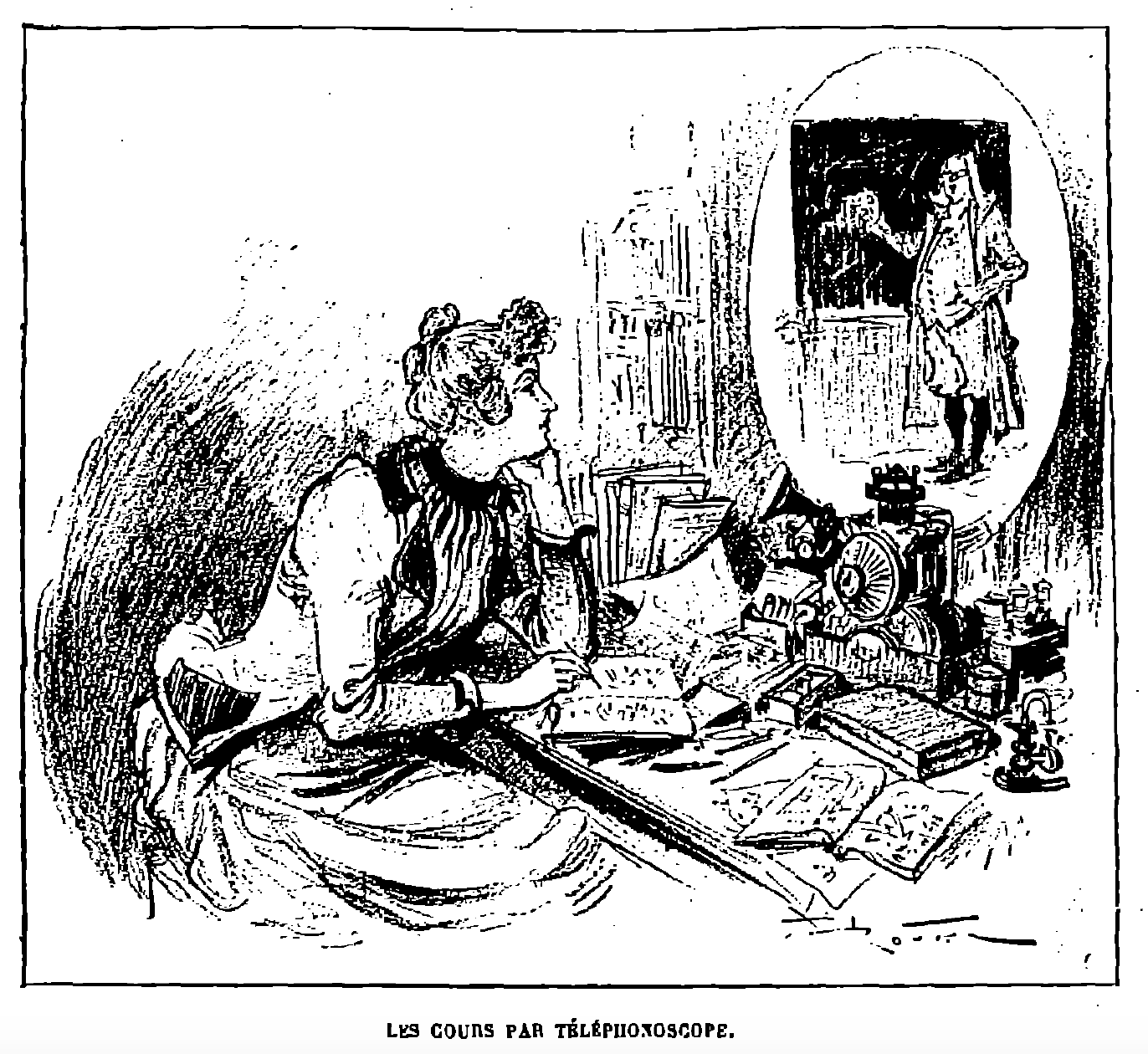 Though Robida seems to have coined the word “telephonoscope,” he wasn’t the first to publish the kind of idea to which it referred. “The concept of the device first appeared not long after the telephone was patented in 1876,” writes Verity Hunt in a Literature and Science article quoted by the Public Domain Review. “The term ‘telectroscope’ was used by the French scientist and publisher Louis Figuier in L’Année Scientifique et Industrielle in 1878 to popularize the invention, which he incorrectly interpreted as real and ascribed to Alexander Graham Bell.” The goal was to “do for the eye what the telephone had done for the ear,” though it wouldn’t be fully realized for well over a century. When you raise a glass to a webcam this week, consider toasting Albert Robida, to whom the year 2021 would have sounded impossibly distant — but who has proven more prescient about it than many of us alive today.

Paris Had a Moving Sidewalk in 1900, and a Thomas Edison Film Captured It in Action