“The theremin specifically, and Leon Theremin’s work in general is the biggest, fattest, most important cornerstone of the whole electronic music medium. That’s were it all began.” — Robert Moog

In the mid-twentieth century, the theremin — patented by its namesake inventor Leon Theremin (Lev Sergeyevich Termen) in 1928 — became something of a novelty, its sound associated with sci-fi and horror movies. This is unfortunate given its pedigree as the first electronic musical instrument, and the only musical instrument one plays without touching. Such facts alone were not enough to sell the theremin to its first potential players and listeners. The inventor and his protege Clara Rockmore realized they had proved the theremin was not only suitable for serious music but for the most beloved and well-known of compositions, a strategy not unlike the Moog synthesizer’s popularization on Wendy Carlos’ Switched on Bach. 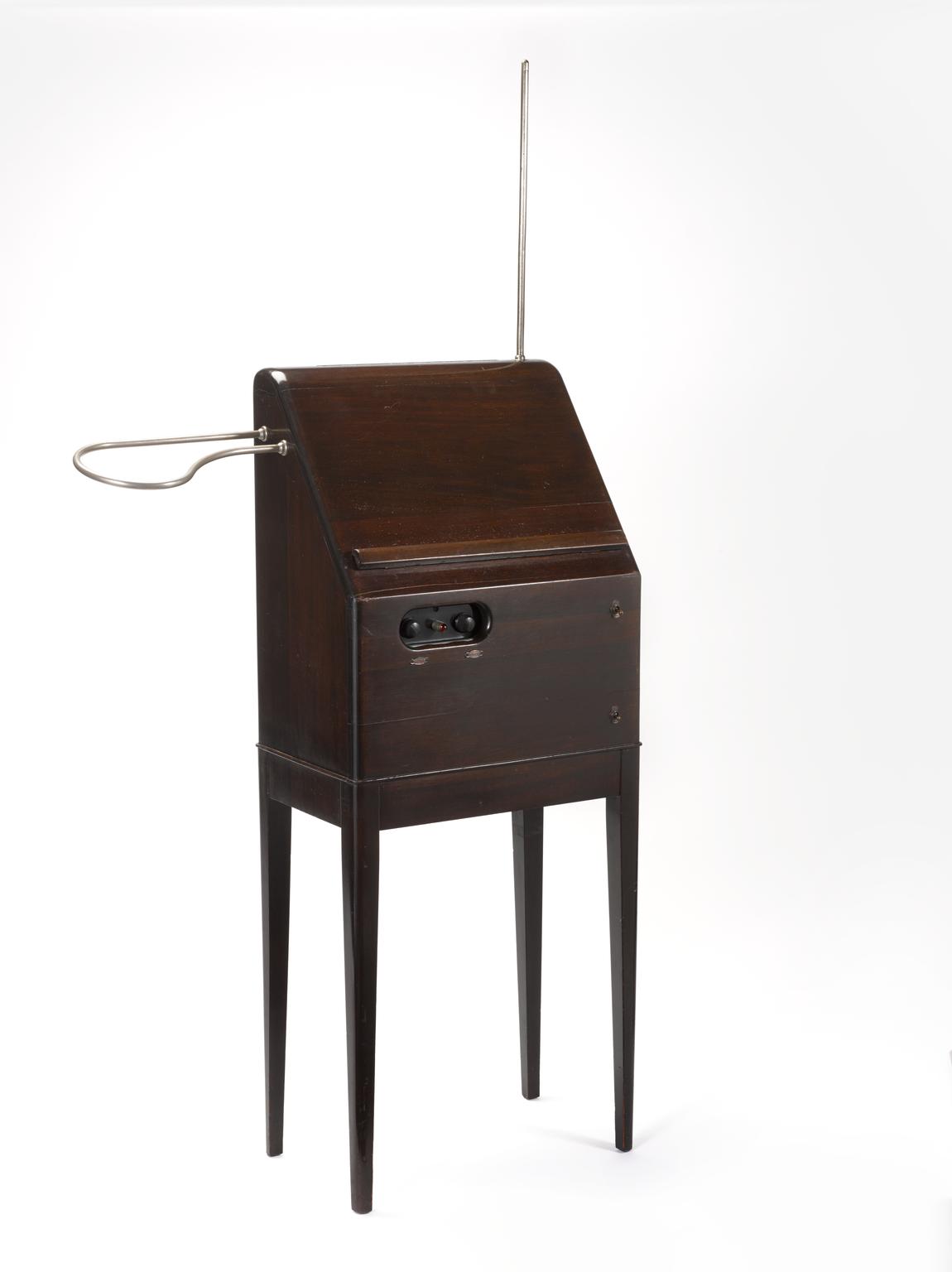 Photo by Science Museum Group
© The Board of Trustees of the Science Museum, shared under Creative Commons Attribution NonCommercial-ShareAlike 4.0 License

For Theremin and Rockmore, demonstrating the new instrument meant more than making records. When he arrived in the United States in 1928, the inventor had just wrapped a long European tour. He showed off his new musical device in the U.S. at the New York Philharmonic. “At first, Theremin’s instruments were limited to just a few that the inventor himself personally made,” notes RCATheremin.

He then “trained a small group of musicians in the art of playing them.” The sound began to catch on with such popular musicians as crooner Rudy Vallée, “who developed such a fondness for the theremin,” writes Theremin player Charlie Draper, “that he commissioned his own custom instrument from Leon Theremin, and featured it in performances of his orchestra, The Connecticut Yankees.” 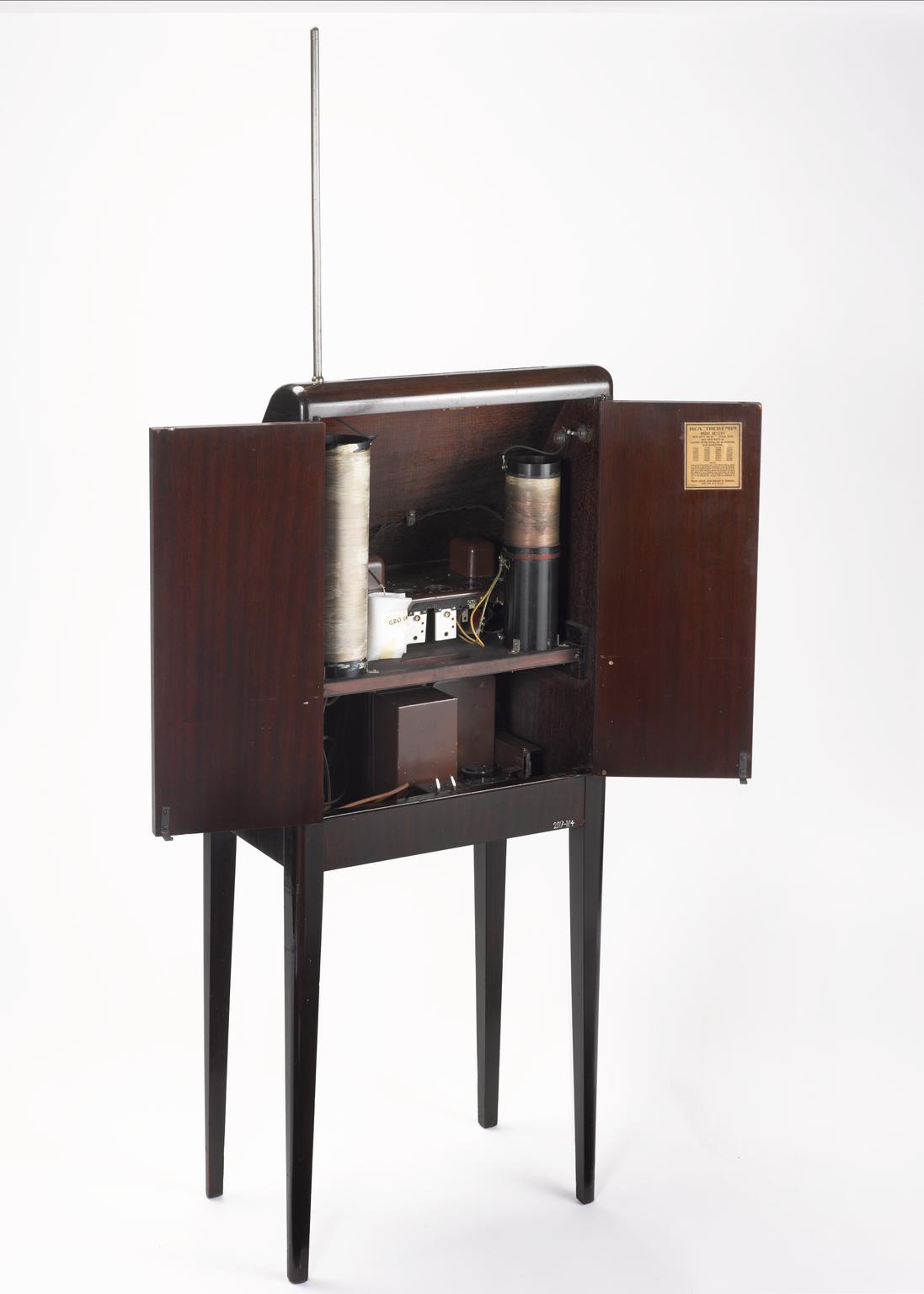 Photo by Science Museum Group
© The Board of Trustees of the Science Museum, shared under Creative Commons Attribution NonCommercial-ShareAlike 4.0 License

In the same year that Vallée and Charles Henderson released their popular song “Deep Night,” Theremin granted production rights to the instrument to RCA, and the company produced a limited test run of 500 machines. As RCATheremin points out, these were hardly accessible to the average person:

Factory-made RCA Theremins were first demonstrated in music stores in several major U.S. cities on October 14, 1929 and were marketed primarily in 1929 and 1930. Theremins were luxury items, priced at $175.00, not including vacuum tubes and RCA’s recommended Model 106 Electrodynamic Loudspeaker, which brought the total cost of buying a complete theremin outfit up to about $232.00. This translates to about $3,217 in today’s currency.

The prohibitive price of the RCA Theremin would doom the design when the stock market crashed later that year. Other factors contributed to its demise, such as a “significant miscalculation on the part of RCA,” who encouraged “the perception that the theremin was easy to play.” Advertising copy claimed it involved “nothing more complicated than waving one’s hands in the air!”

As masterful players, Theremin and Rockmore might have made it look easy, but as with any musical instrument, true skill on the therein requires talent and practice. To advertise the new commercial design by RCA, Theremin himself appeared in “the relatively new medium of sound film” in 1930, playing Henderson and Vallée’s “Deep Night” (top). Draper and pianist Paul Jackson recreate the moment just above, on a fully restored RCA theremin nicknamed “Electra.”

Only around 136 of the RCA theremins survive, some of them made by Theremin himself and others by different engineers. They are now among the rarest electric devices of any kind. See one of them, serial number 100023, further up, a resident of the National Science and Media Museum in Bradford, UK, and learn much more about the rare RCA Theremins here.

Meet Clara Rockmore, the Pioneering Electronic Musician Who First Rocked the Theremin in the Early 1920s

Wendy Carlos Demonstrates the Moog Synthesizer on the BBC (1970)