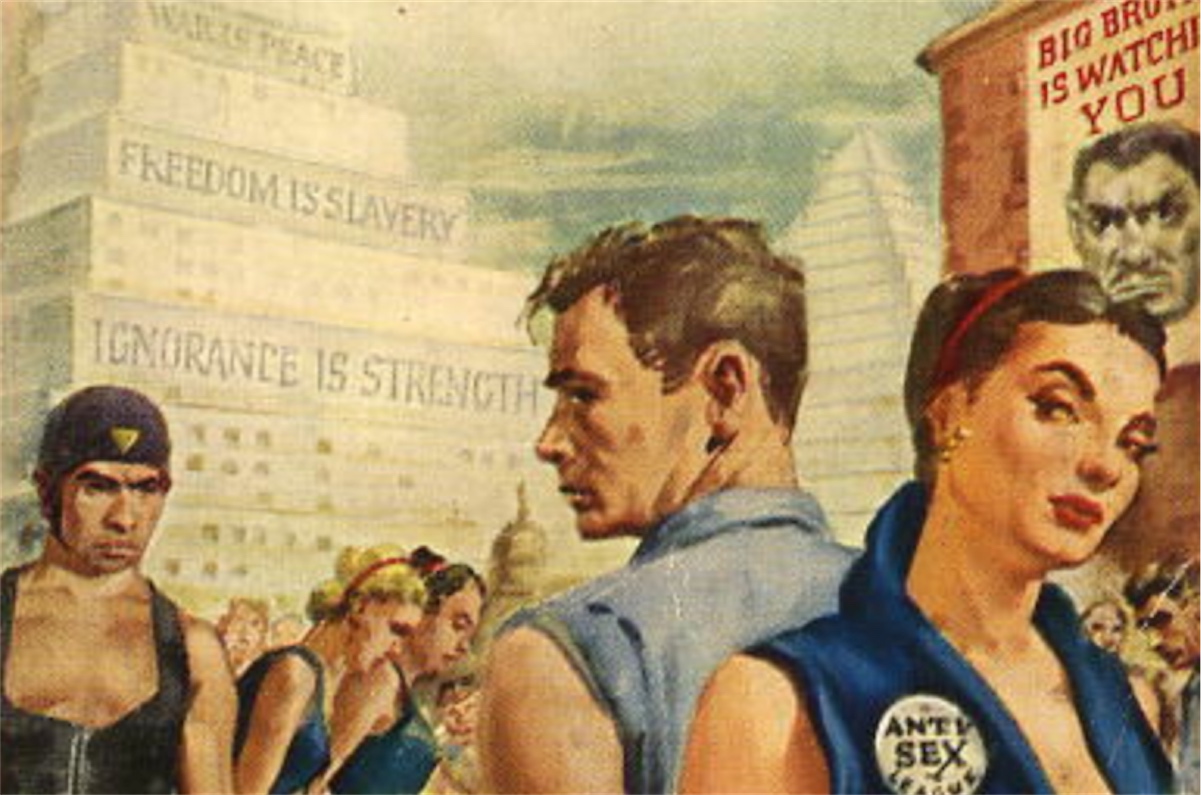 Nineteen Eighty-Four has been a byword for totalitarian dystopia longer than most of us have been reading books. But apart from its the title and certain words from its invented “newspeak” — doubleplusgood, unperson, thoughtcrime — how deeply is George Orwell’s best-known novel embedded into the culture? Most of us recognize the name Winston Smith, and many of us may even remember details of his job at the Ministry of Truth, where the facts of history are continually rewritten to suit ever-shifting political exigencies. But how much do we know about the other major character: Julia, Winston’s fellow ministry employee who becomes his clandestine co-dissident and forbidden lover?

“In some ways she was far more acute than Winston, and far less susceptible to Party propaganda,” writes Orwell in Nineteen Eighty-Four. “But she only questioned the teachings of the Party when they in some way touched upon her own life. Often she was ready to accept the official mythology, simply because the difference between truth and falsehood did not seem important to her.” Julia’s amorality throws the rigidity of Winston’s own attitudes into contrast, and also shows up their impracticality. Now, in the hands of novelist Sandra Newman, Julia will become not just star of the story but its narrator.

Or so it looks, at least, from the brief passage quoted in the Guardian‘s announcement of Julia, a re-telling of Nineteen Eighty-Four approved by Orwell’s estate and to be published in time for the 75th anniversary of the original. Though it has no firm publication date yet, Julia will come out some time after Newman’s next book The Men, in which, as the Guardian‘s Alison Flood puts it, “every single person with a Y chromosome vanishes from the world.” It will join an abundance of recent retellings from the woman’s point of view, including everything from “Pat Barker’s The Silence of the Girls, a version of the Iliad from the perspective of Briseis, to Maggie O’Farrell’s Hamnet, which centers on the life of Shakespeare’s wife.”

Entrusting a literary property to a writer of another era, culture, and sensibility is a tricky business, but there arguably has never been a more opportune time to put out a book like Julia. It seems the dystopia-hungry public has never been readier to identify the “Orwellian” in life, nor more responsive to re-interpretations and expansions of long-established bodies of popular myth. And what with women having conquered the world of fiction, there will naturally be great interest in Julia’s take on life under Big Brother — as well as in its inevitable television adaptation.

Watch the Live TV Adaptation of George Orwell’s Nineteen Eighty-Four, the Most Controversial TV Drama of Its Time (1954)

George Orwell’s 1984 Staged as an Opera: Watch Scenes from the 2005 Production in London

Aldous Huxley to George Orwell: My Hellish Vision of the Future is Better Than Yours (1949)

George Orwell Identifies the Main Enemy of the Free Press: It’s the “Intellectual Cowardice” of the Press Itself