The Women of the Bauhaus: See Hip, Avant-Garde Photographs of Female Students & Instructors at the Famous Art School 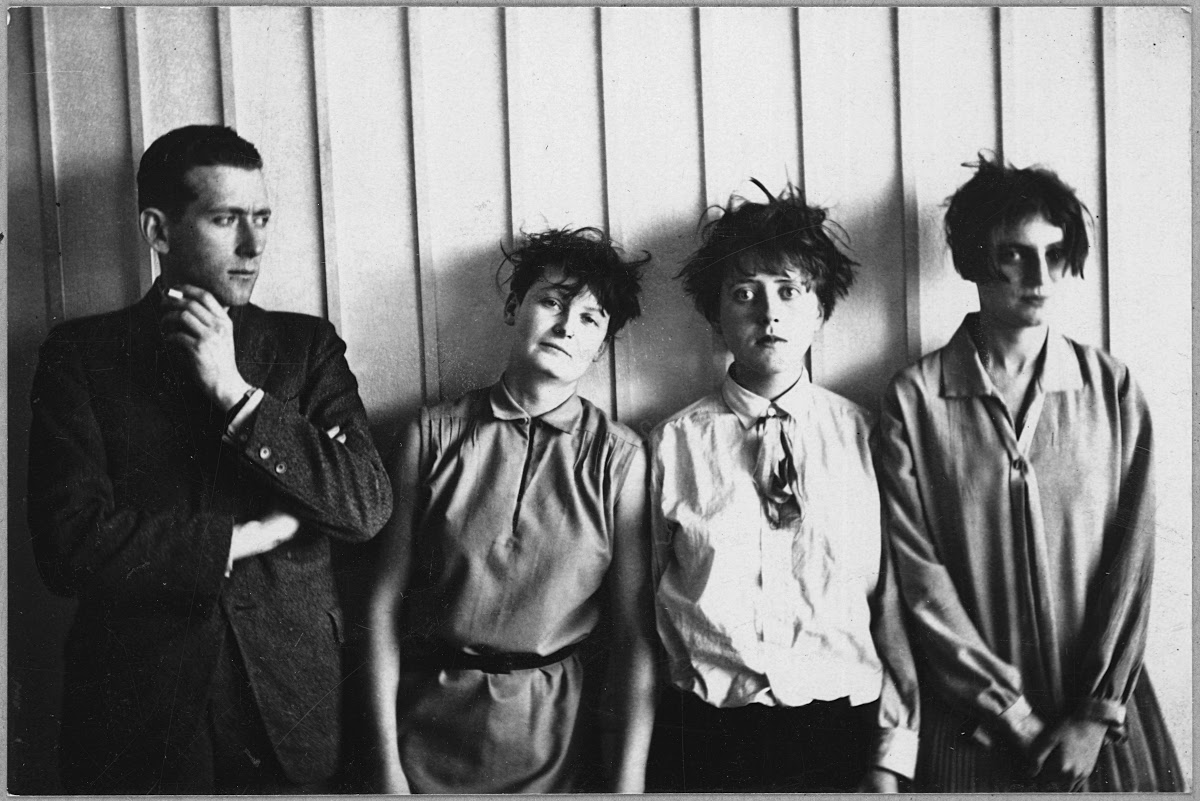 Take a look at photos of Bush Tetras — a three-girl-one-guy No Wave/Post-Punk band from the early 1980s downtown Manhattan scene. Now, look at the photograph above, “Marcel Breuer and His Harem,” by Bauhaus photographer Erich Consemüller, taken sometime around 1927. Except for the fact that Breuer looks more like Ron Mael of Sparks sans mustache than drummer Dee Pop, one might mistake this for a photo of the punk band. This raises a few questions: did art students Bush Tetras look to the women of the Bauhaus for their style? Or did the women of the Bauhaus look to the future and see punk? The second scenario seems more likely since the women of Bauhaus have not, until recently, been terribly well-known.

I personally feel cheated after studying art and art history in college many years ago and only now getting introduced to several significant artists of the radical German art school founded by Walter Gropius. All of its famous exponents and art stars are men, but it seems the gender ratio of the Bauhaus was closer to that of the general population (as was, in many cases, that of the early punk and post-punk scenes).

But we don’t tend to learn the names or see the work of these artists, and, in some cases, their work has been posthumously attributed to their male colleagues. Nor are we familiar with their progressive personal style, essential in Bauhaus’s total approach to revolutionizing the arts, including fashion, as a way to liberate humanity from the dogmas of the past. 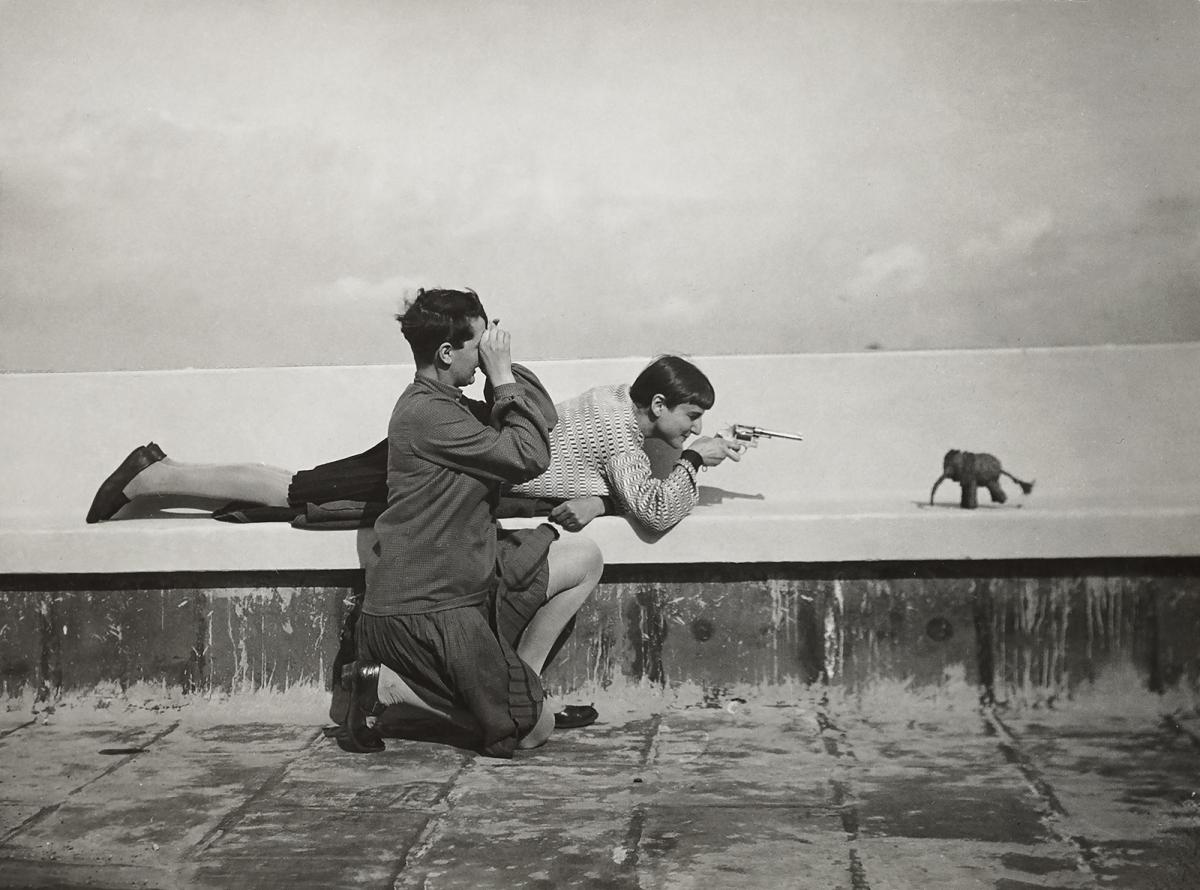 How unfortunate that the memory of Bauhaus, like the memory of punk, replicated the same old rules its artists broke. The school’s gender equality was radical, hence the photograph’s satirical title, which “expresses the precise opposite of what the photo itself shows,” notes the site Bauhaus Kooperation: “the modernity, emancipation, equality, or even superiority, of the women in it.” The “junior master” of the carpentry workshop, Breuer looks at the three artists to his left “skeptically, with his arms crossed,” as if to say, “‘These are ‘my’ women?!'” The artists of the “harem,” from left to right, are Breuer’s wife Martha Erps, Katt Both, and the photographer’s wife, Ruth Hollós, who “seems to be suppressing laughter as she looks towards the photographer (her husband).” 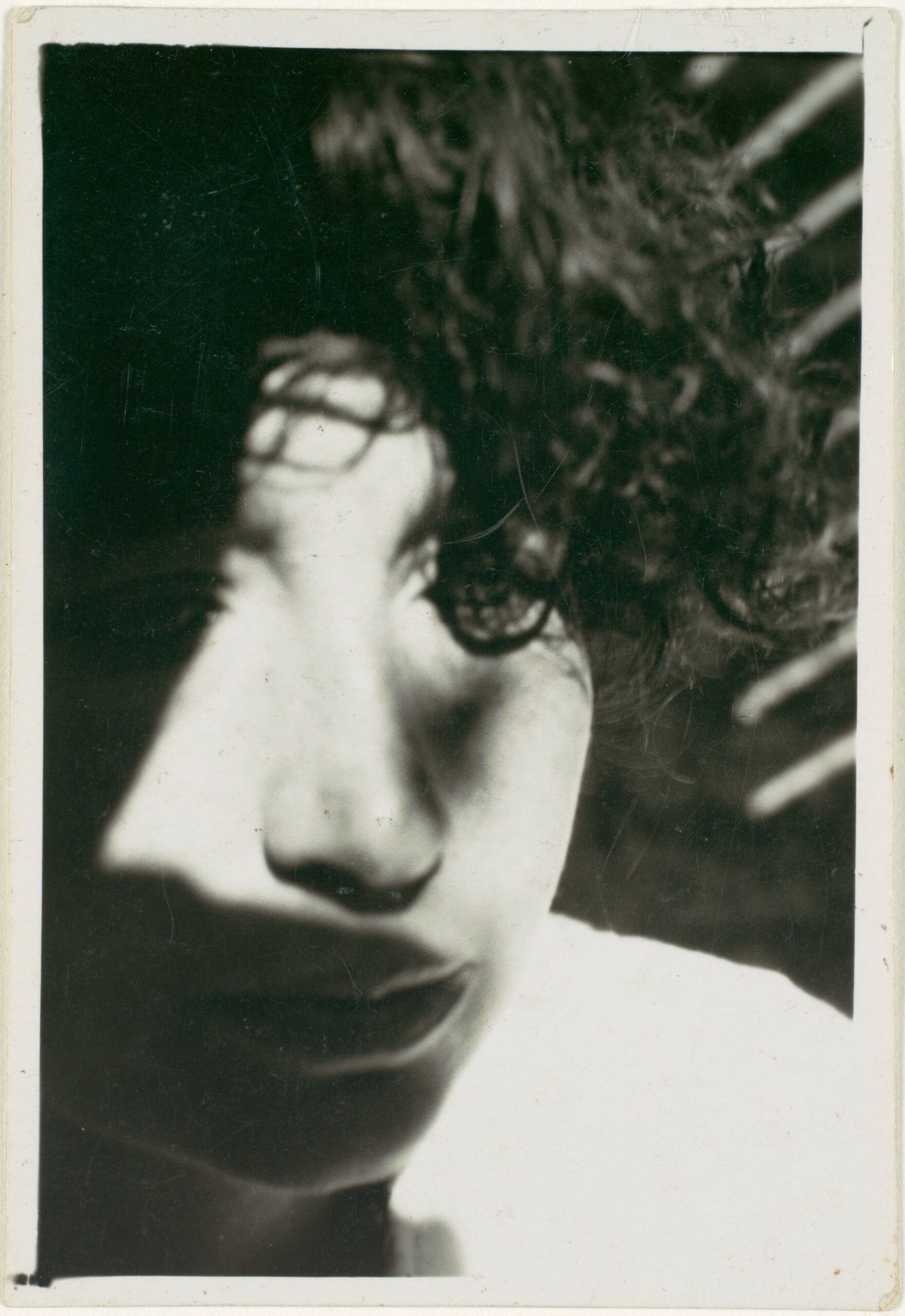 Erich Consemüller, who taught architecture at the Bauhaus, had been tasked by Gropius with documenting the school and its life. Gropius partnered him with photographer Lucia Moholy, wife of László Moholy-Nagy (see a photo of her above, taken by her husband sometime between 1924-28). Moholy took mostly exterior shots like the photograph by her further up of Erps and Hollós on the roof of the Atelierhaus in Dessau in the mid 1920s. Consemüller mainly focused on interiors in his work, with experimental exceptions like the “Mechanical Fantasy” series seen here, which uses clothing, poses, and double exposures to visually emphasize a kind of uniformity of purpose, placing and joining male and female Bauhaus artists in almost typographical arrangements.

Indeed, nearly all of the artists of the Bauhaus — as was the school’s practice — tried their hand at photography, and many used the medium to document, in ways both casual and deliberate, the Bauhaus’ commitment to gender equity and the full inclusion of women artists in its programs, a statement painter and photographer T. Lux Feininger seems to underline in the group photograph below of the school’s weavers on the steps of the new Bauhaus building in 1927. (Artists in the shot: Léna Bergner, Gunta Stölzl, Ljuba Monastirsky, Otti Berger, Lis Beyer, Elisabeth Mueller, Rosa Berger, Ruth Hollós, and Lisbeth Oestreicher.)

Bauhaus artists, both men and women, were very much like early punks in some ways, inventing new ways to shake up the establishment and break out of prescribed roles. But instead of a downtown alternative to the status quo, they offered a recipe for its full transformation through art. Who can say how far that movement would have progressed had it not been splintered by the Nazis. “Together,” as Gropius wrote, “let us call for, devise, and create the construction of the future, comprising everything in one form, architecture, sculpture and painting,” and most everything else in the built and visual environments, he might have added. 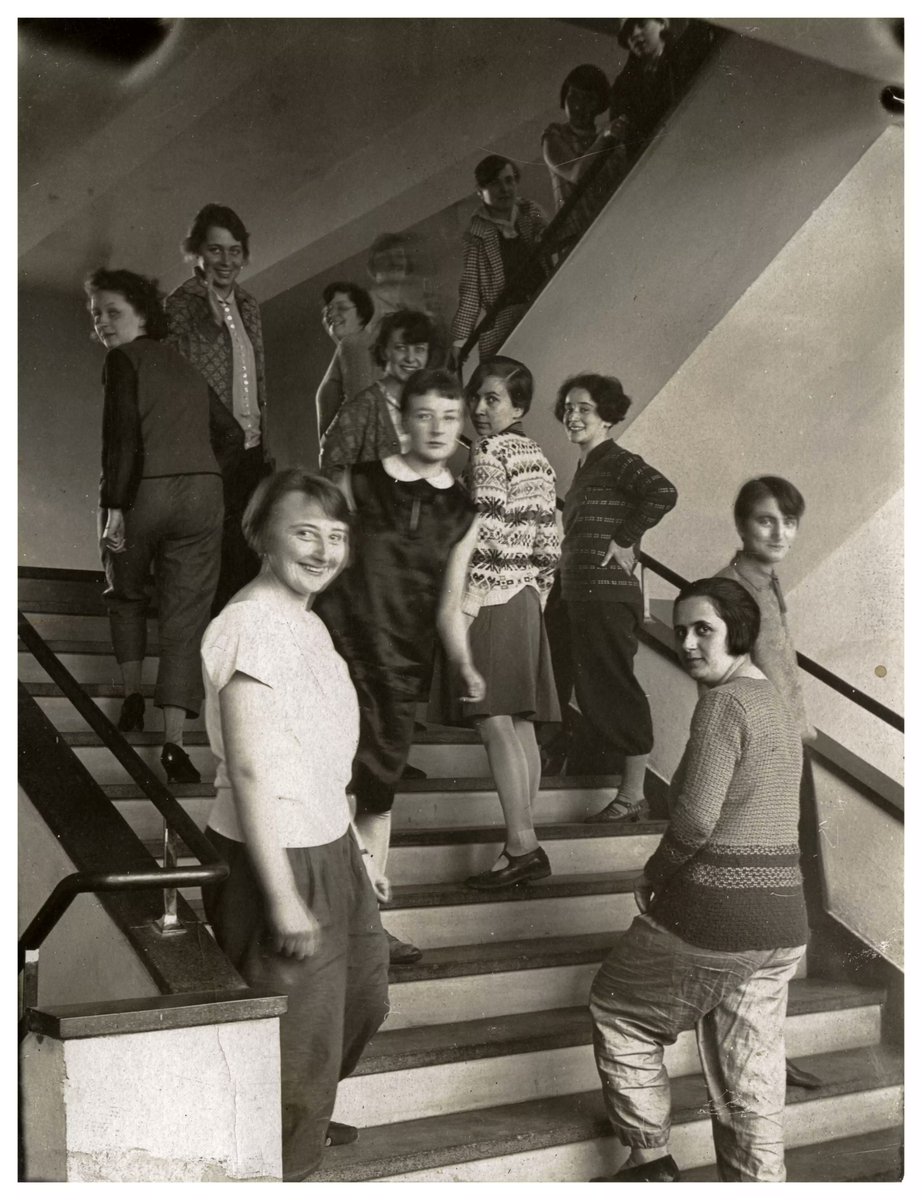