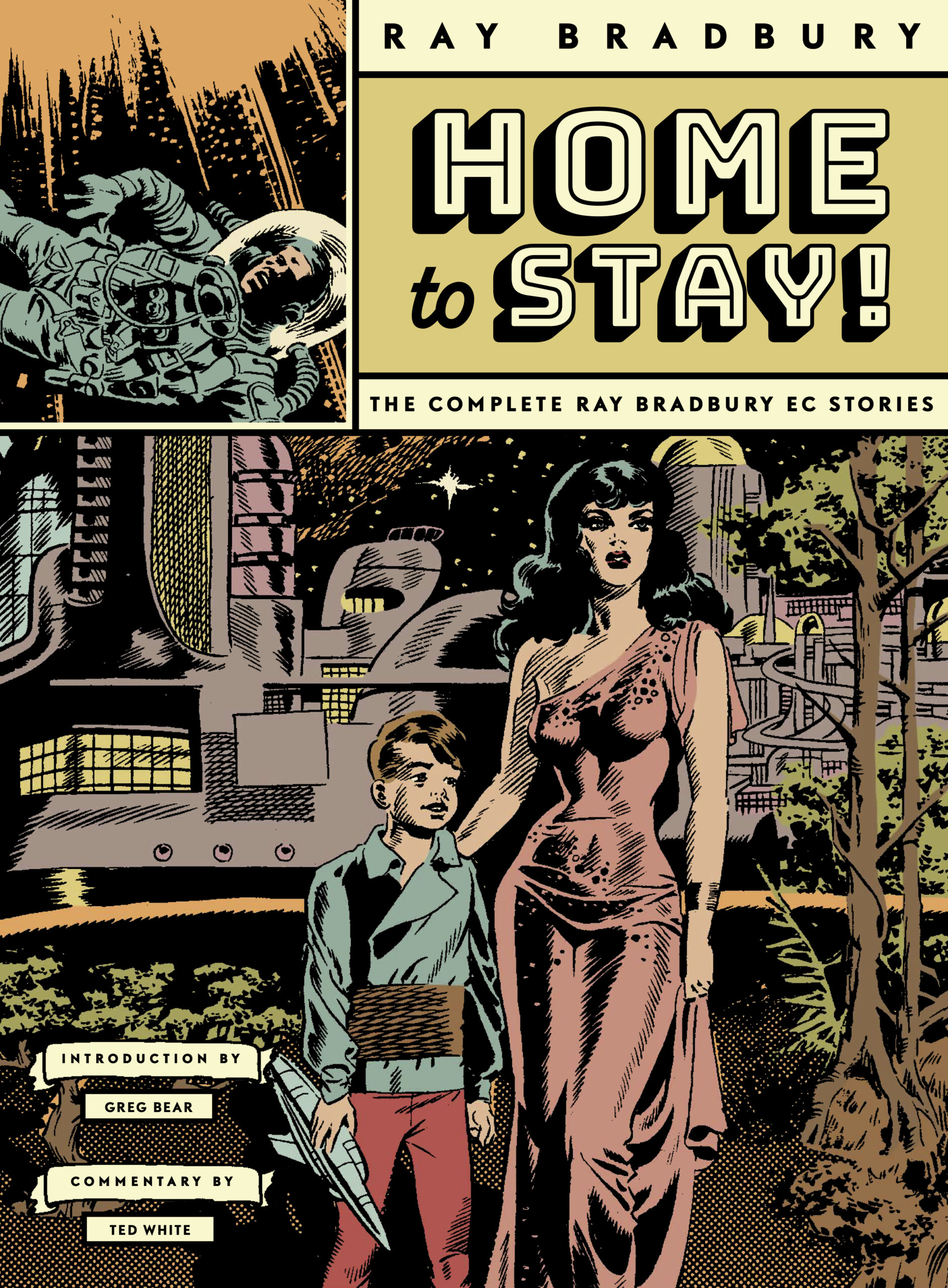 Growing up, there was always a special transgressive thrill in reading EC Comics, especially titles like Tales from the Crypt, The Vault of Horror, and The Haunt of Fear. That must have been even truer when they were first published in the nineteen-fifties than it was when they were reprinted in the nineteen-nineties, the period in which I myself thrilled to their distinctive mixture of grotesquerie, suggestiveness, moralism, and dark humor. By no means above indulging in either shock or schlock value, the publishers EC Comics also knew literary value when they saw it: in the work of Ray Bradbury, for example, to which they paid the ultimate tribute by swiping.

“EC Comics writer-editor Al Feldstein combined two science-fiction stories he’d read into a single tale, adapted it into the comics form, and assigned it to artist Wally Wood,” writes J. L. Bell at Oz and Ends, apparently “working on the belief that stealing from two stories at once wasn’t plagiarism but research.”

Bradbury’s response came swiftly: “You have not as of yet sent on the check for $50.00 to cover the use of secondary rights on my two stories THE ROCKET MAN and KALEIDOSCOPE which appeared in your WEIRD-FANTASY May-June ’52, #13, with the cover-all title of HOME TO STAY,” he wrote to EC. “I feel this was probably overlooked in the general confusion of office-work, and look forward to your payment in the near future.”

Bradbury’s “reminder” resulted in not just payment but a series of legitimate adaptations thereafter. His other stories to get the EC treatment include “A Sound of Thunder,” “Mars Is Heaven,” and the classic “There Will Come Soft Rains…” All of these stories are included in Fantagraphics’ new single-volume Home to Stay!: The Complete Ray Bradbury EC Stories, which you can see reviewed in this video. The book includes not just the 35 original comic-book stories (one of which you can read free here), but also “essays by leading scholars, EC experts, some big-name fans,” says the reviewer, whose channel EC Fan-Addict reveals him to be no casual enthusiast himself. Generations of kids have found in EC comics a gateway to “higher” reading material, Bradbury and much else besides, but those who get the taste for EC’s lighthearted grimness and earnest irony never really lose it.

You can pick up a copy of Home to Stay!: The Complete Ray Bradbury EC Stories here. It will be officially released on October 18.

The Essential Bradbury: The 25 Finest Stories by the Beloved Writer

Soviet Animations of Ray Bradbury Stories: ‘Here There Be Tygers’ & ‘There Will Come Soft Rain’