A 16th-Century Astronomy Book Featured “Analog Computers” to Calculate the Shape of the Moon, the Position of the Sun, and More

Did your college math textbooks have moving parts? From 1524 on, a famous German cosmography book came with 5 volvelles! Peter Apian (later knighted for a different book), opted for a novel, tactile-visual teaching style for all earthly and heavenly measurements. pic.twitter.com/XgskoGb0Ss

If you want to learn how the planets move, you’ll almost certainly go to one place first: Youtube. Yes, there have been plenty of worthwhile books written on the subject, and reading them will prove essential to further deepening your understanding. But videos have the capacity of motion, an undeniable benefit when motion itself is the concept under discussion. Less than twenty years into the Youtube age, we’ve already seen a good deal of innovation in the art of audiovisual explanation. But we’re also well over half a millennium into the age of the book as we know it, a time that even in its early phases saw impressive attempts to go beyond text on a page.

Take, for example, Peter Apian‘s Cosmographia, first published in 1524. A 16th-century German polymath, Apian (also known as Petrus Apianus, and born Peter Bienewitz) had a professional interest in mathematics, astronomy and cartography. At their intersection stood the subject of “cosmography” from which this impressive book takes its name, and its project of mapping the then-known universe.

“The treatise provided instruction in astronomy, geography, cartography, navigation, and instrument-making,” writes Frank Swetz at the Mathematical Association of America. “It was one of the first European books to depict and discuss North America and included movable volvelles allowing the readers to interact with and use some of the charts and instrument layouts presented.”

The terrestrial and lunar dials are the most visually complex. The lunar one shows the changing shape of the moon through a cut-out window, but its content had already been preceded in table format by Regiomontanus in 1474. Still, its effect on farming remained vital knowledge. pic.twitter.com/MUuyJYUysQ

Pop-up book enthusiasts like Ellen Rubin will know what volvelles are; you and I may not, but if you’ve ever moved a paper wheel or slider on a page, you’ve used one. The volvelle first emerged in the medieval era, not as an amusement to liven up children’s books but as a kind of “analog computer” embedded in serious scientific works. “The volvelles make the practical nature of cosmography clear,” writes Katie Taylor at Cambridge’s Whipple Library, which holds a copy of Cosmographia. “Readers could manipulate these devices to solve problems: finding the time at different places and or one’s latitude, given the height of the Sun above the horizon.” 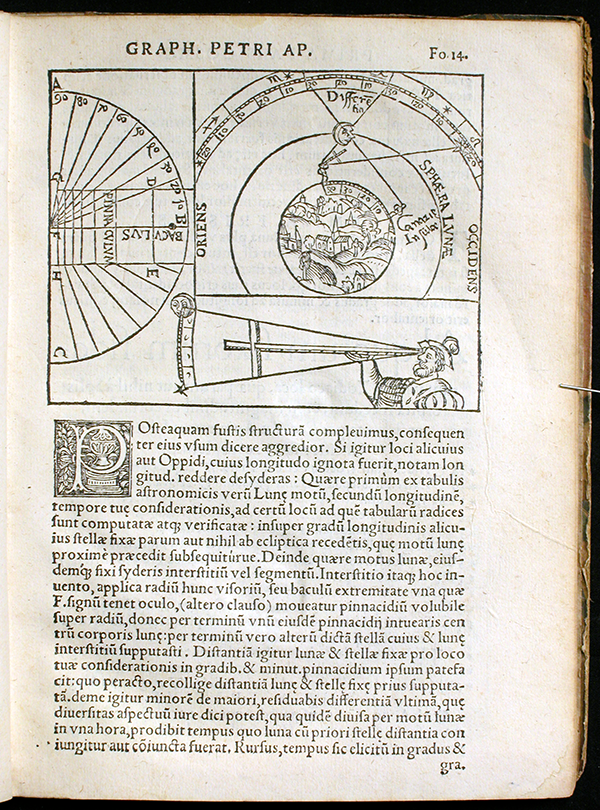 Apian originally included three such volvelles in Cosmographia. Later, his disciple Gemma Frisius, a Dutch physician, instrument maker and mathematician, produced expanded editions that included another. “In all its forms,” writes Swetz, “the book was extremely popular in the 16th century, going through 30 printings in 14 languages.” Despite the book’s success, it’s not so easy to come by a copy in good (indeed working) condition nearly 500 years later. If these descriptions of its pages and their volvelles have piqued your curiosity, you can see these ingenious paper devices in action in these videos tweeted out by Atlas Obscura. As with planets themselves, you can’t fully appreciate them until you see them move for yourself. 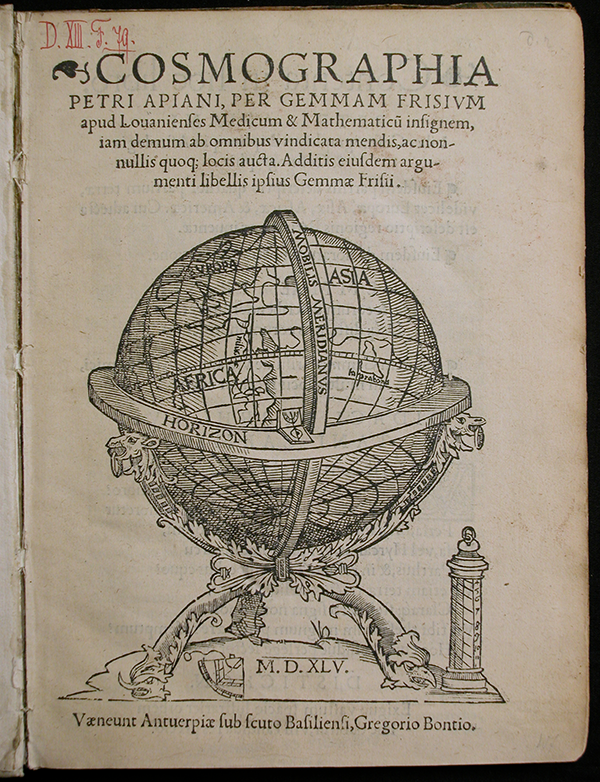 The Atlas of Space: Behold Brilliant Maps of Constellations, Asteroids, Planets & “Everything in the Solar System Bigger Than 10km”

An Illustrated Map of Every Known Object in Space: Asteroids, Dwarf Planets, Black Holes & Much More

When Astronomer Johannes Kepler Wrote the First Work of Science Fiction, The Dream (1609)