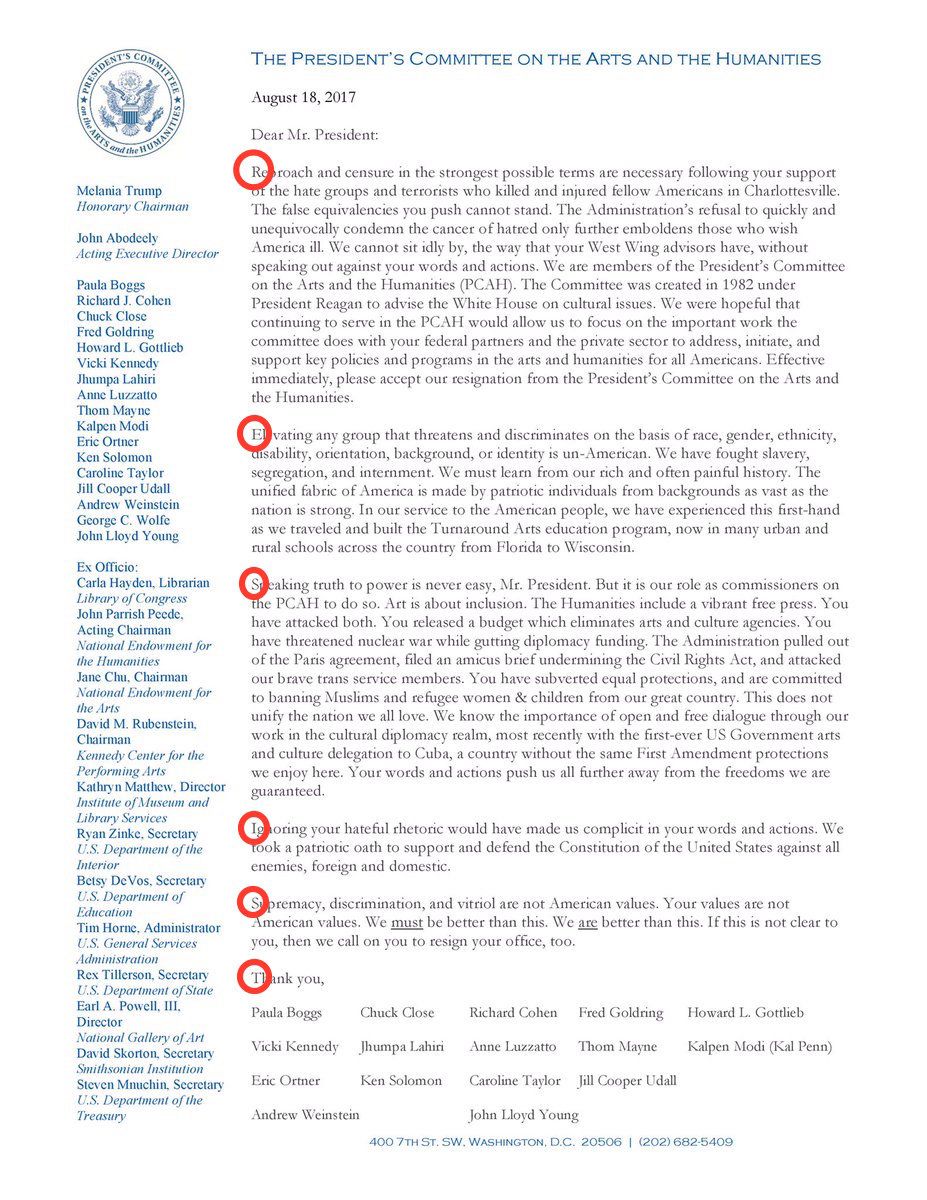 It wasn't the most high profile mass resignation of last week. (The CEOs on Trump's business advisory councils got that distinction.) But it was arguably the most creative one. Last Friday, "all 16 of the prominent artists, authors, performers and architects on the President’s Committee on the Arts and the Humanities resigned," reports The New York Times. And while their resignation letter didn't mince words (read it online here), it did take the added step of encoding in its text a short message for POTUS. Circle the first letter of each paragraph and what do you get? RESIST, the mantra of 2017.

In other related news, the administration announced that Trump will skip the annual Kennedy Center Honors this year--just the fourth time that a president has missed this annual national celebration of the arts. This year's honorees include Gloria Estefan, LL COOL J, Norman Lear, Lionel Richie, and Carmen de Lavallade.

‘Stairway to Heaven’: Watch a Moving Tribute to Led Zeppelin at The Kennedy Center