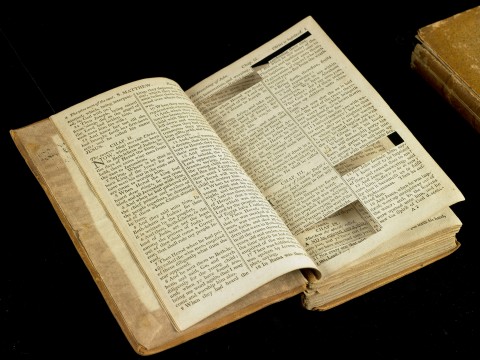 Had he lived during the Inquisition, Thomas Jefferson would have been burned at the stake. His ideas about Jesus and Christianity were far from orthodox. A product of the Enlightenment, Jefferson believed that everything, including religion, should be examined in the light of reason.

When Jefferson examined the Gospels he came away with a strongly divided opinion. “I find many passages of fine imagination, correct morality, and of the most lovely benevolence,” he wrote in an 1820 letter to William Short, “and others again of so much ignorance, so much absurdity, so much untruth, charlatanism, and imposture, as to pronounce it impossible that such contradictions should have proceeded from the same being.” 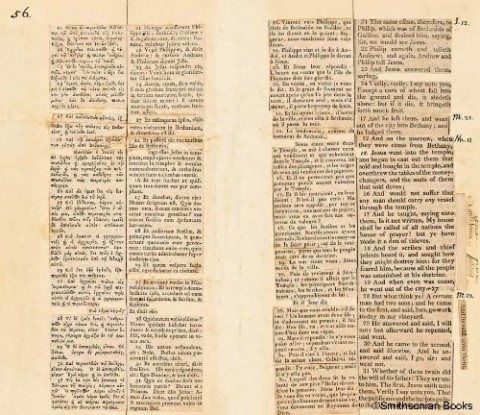 As early as 1804, when he was still president, Jefferson began separating “the diamond from the dunghill,” as he later put it, to assemble his own version of the Bible. He continued the project in earnest during his later years at Monticello, poring over various editions in Greek, Latin, French and King James English. He clipped the passages he thought were genuine teachings of Jesus and pasted them, in the four languages side by side, onto pages.

In 1820 — six years before his death at the age of 83 — Jefferson produced a leather-bound, 84-page volume titled The Life and Morals of Jesus of Nazareth, Extracted Textually From the Gospels in Greek, Latin, French & English. Jefferson eliminated everything in the Bible concerning miracles. He ended the Gospel story with the execution and burial of Jesus, omitting the resurrection. The retained passages, Jefferson explained in an 1813 letter to John Adams, contain “the most sublime and benevolent code of morals which has ever been offered to man.”

Reproductions of Jefferson’s Bible can be purchased online.

The images above come courtesy of The Smithsonian.