F. Scott Fitzgerald’s 13 Tips for What to Do with Your Leftover Thanksgiving Turkey 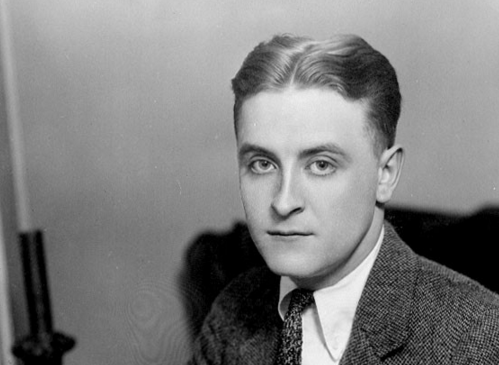 Image by “The World’s Work” via Wikimedia Commons

“At this post holiday season, the refrigerators of the nation are overstuffed with large masses of turkey, the sight of which is calculated to give an adult an attack of dizziness. It seems, therefore, an appropriate time to give the owners the benefit of my experience as an old gourmet, in using this surplus material.” There writes no less a legend of American letters than F. Scott Fitzgerald, author of The Great Gatsby and Tender is the Night (both available in our Free eBooks collection). His words quoted here, from “Turkey Remains and How to Inter Them with Numerous Scarce Recipes,” a column found in the Fitzgerald miscellany collection The Crack-Up, hold just as true this day-after-Thanksgiving  as they did during those his lifetime. Lists of Note offers the full piece, which itself offers thirteen potential uses for your leftover bird, some of which, Fitzgerald writes, “have been in my family for generations”:

1. Turkey Cocktail: To one large turkey add one gallon of vermouth and a demijohn of angostura bitters. Shake.

2. Turkey à la Francais: Take a large ripe turkey, prepare as for basting and stuff with old watches and chains and monkey meat. Proceed as with cottage pudding.

3. Turkey and Water: Take one turkey and one pan of water. Heat the latter to the boiling point and then put in the refrigerator. When it has jelled, drown the turkey in it. Eat. In preparing this recipe it is best to have a few ham sandwiches around in case things go wrong.

4. Turkey Mongole: Take three butts of salami and a large turkey skeleton, from which the feathers and natural stuffing have been removed. Lay them out on the table and call up some Mongole in the neighborhood to tell you how to proceed from there.

5. Turkey Mousse: Seed a large prone turkey, being careful to remove the bones, flesh, fins, gravy, etc. Blow up with a bicycle pump. Mount in becoming style and hang in the front hall.

6. Stolen Turkey: Walk quickly from the market, and, if accosted, remark with a laugh that it had just flown into your arms and you hadn’t noticed it. Then drop the turkey with the white of one egg—well, anyhow, beat it.

7. Turkey à la Crême: Prepare the crême a day in advance. Deluge the turkey with it and cook for six days over a blast furnace. Wrap in fly paper and serve.

8. Turkey Hash: This is the delight of all connoisseurs of the holiday beast, but few understand how really to prepare it. Like a lobster, it must be plunged alive into boiling water, until it becomes bright red or purple or something, and then before the color fades, placed quickly in a washing machine and allowed to stew in its own gore as it is whirled around. Only then is it ready for hash. To hash, take a large sharp tool like a nail-file or, if none is handy, a bayonet will serve the purpose—and then get at it! Hash it well! Bind the remains with dental floss and serve.

9. Feathered Turkey: To prepare this, a turkey is necessary and a one pounder cannon to compel anyone to eat it. Broil the feathers and stuff with sage-brush, old clothes, almost anything you can dig up. Then sit down and simmer. The feathers are to be eaten like artichokes (and this is not to be confused with the old Roman custom of tickling the throat.)

10. Turkey à la Maryland: Take a plump turkey to a barber’s and have him shaved, or if a female bird, given a facial and a water wave. Then, before killing him, stuff with old newspapers and put him to roost. He can then be served hot or raw, usually with a thick gravy of mineral oil and rubbing alcohol. (Note: This recipe was given me by an old black mammy.)

11. Turkey Remnant: This is one of the most useful recipes for, though not, “chic,” it tells what to do with the turkey after the holiday, and how to extract the most value from it. Take the remants, or, if they have been consumed, take the various plates on which the turkey or its parts have rested and stew them for two hours in milk of magnesia. Stuff with moth-balls.

12. Turkey with Whiskey Sauce: This recipe is for a party of four. Obtain a gallon of whiskey, and allow it to age for several hours. Then serve, allowing one quart for each guest. The next day the turkey should be added, little by little, constantly stirring and basting.

13. For Weddings or Funerals: Obtain a gross of small white boxes such as are used for bride’s cake. Cut the turkey into small squares, roast, stuff, kill, boil, bake and allow to skewer. Now we are ready to begin. Fill each box with a quantity of soup stock and pile in a handy place. As the liquid elapses, the prepared turkey is added until the guests arrive. The boxes delicately tied with white ribbons are then placed in the handbags of the ladies, or in the men’s side pockets.

What, you expected recipes more… followable than these? And perhaps recipes with less alcohol involved? These all make much more sense if you bear in mind Fitzgerald’s formidable creativity, his even more formidable penchant for the drink, and his mordant sense of humor about it all. “I guess that’s enough turkey talk,” concludes this literary icon of my Thanksgiving-celebrating nation. “I hope I’ll never see or hear of another until—well, until next year.” If you haven’t had enough, and indeed feel like getting the jump on next year, see also the Airship’s list of twelve Thanksgiving recipes from favorite authors, including Jonathan Franzen’s pasta with kale, Alice Munro’s rosemary bread pudding, and Ralph Ellison’s sweet yams.