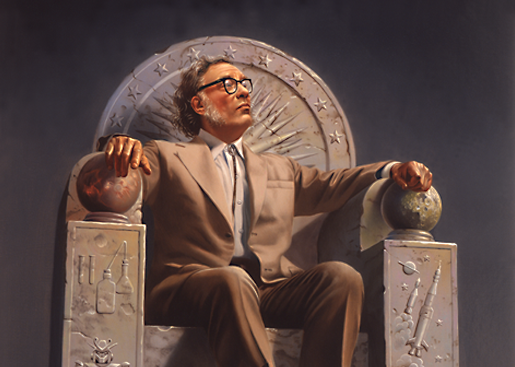 When New York City hosted The World’s Fair in 1964, Isaac Asimov, the prolific sci-fi author and professor of biochemistry at Boston University, took the opportunity to wonder what the world would look like 50 years hence — assuming the world survived the nuclear threats of the Cold War. Writing in The New York Times, Asimov imagined a world that you might partly recognize today, a world where:

Isaac Asimov wasn’t the only person during the 60s who peered into the future in a fairly prescient way. You can find a few more on-the-mark predictions from contemporaries below:

Note: This post originally appeared on Open Culture last August. If there was ever a time to show it again, it’s today. So, with your indulgence, we’re giving it an encore performance.

Don’t miss anything from Open Culture in 2014. Sign up for our Daily Email or RSS Feed. And we’ll send cultural curiosities your way, every day.