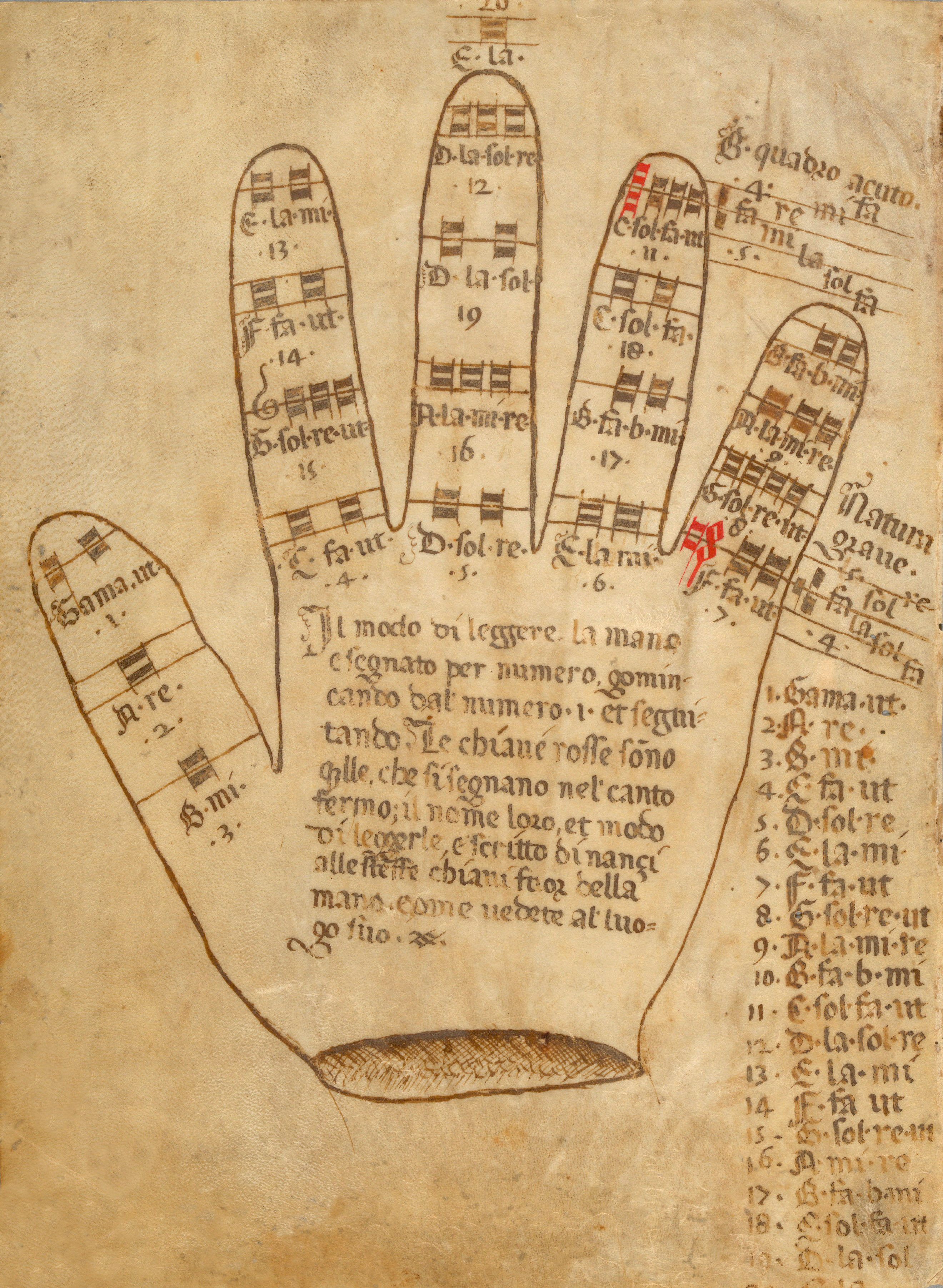 Singing a piece of music for the first time while reading the notes from a sheet is hard, and requires complete control of one’s vocals. Today, the most popular ways of teaching this skill to musicians are based on the solfège method, where notes on a scale are matched to particular syllables: your standard do, re, mi, fa, so la, si. Students practice singing different combinations of these syllables, using varying rhythms and intervals, and eventually cement their knowledge of that particular scale.  The method is, surprisingly, almost a millenium old, with the first European use of this mnemonic technique dating back to the middle ages.

In the 11th century, a monk known as Guido of Arezzo, began to use the “Guidonian hand” as way to teach medieval music singers his hexachord, or six-note scales. Arezzo, who had also devised the modern musical notation system, had noticed that singers struggled to remember the various Gregorian chants that the monastic orders performed in the monasteries.

To help their memorization, Guido decided to take the first syllable in each line of the well known hymn Ut Queant Laxis, and created a hexachord, or six note scale, that singers familiar with the hymn already knew: ut, re, mi, fa, sol, la.  The hand, shown above, was a map of the musical notes in this hexachord system, with each note associated with a particular joint. In all, the Guidonian hand ranges almost three octaves. Although it had fallen out of use for the past few centuries, the Guidonian hand seems to be making a comeback. Here’s a video of the method in action, forwarded our way by Anton Hecht, an Open Culture reader:

I love the concept, but can’t help feel that using the Guidonian hand during a performance makes you look a little like a first grader struggling with basic arithmetic.

For more information on the Guidonian hand, check out this writeup of a 2011 Stanford symposium, and watch another demonstration video, here.