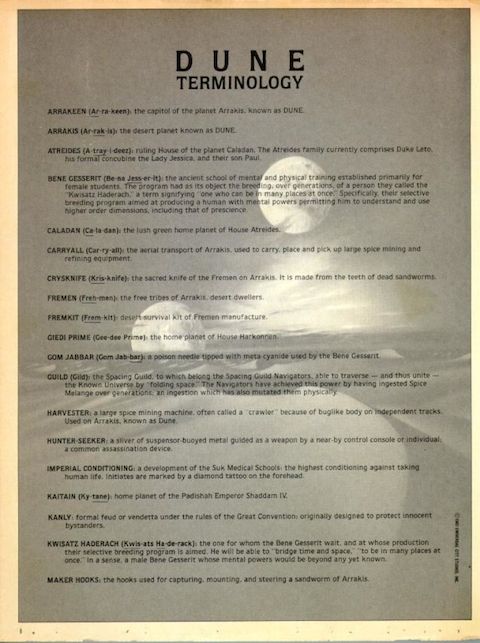 Next to Star Wars, David Lynch’s Dune was one of my very first introductions to great science fiction filmmaking, and my first introduction to David Lynch. My sci-fi-loving father and I watched it over and over, along with Nicolas Roeg’s The Man Who Fell to Earth, Kubrick’s 2001, and popcornier fare like the Planet of the Apes films. Now, when I call Dune “great,” I’m fully aware that many well-respected critics, especially the late Roger Ebert, hated, and continue to hate, Dune. Some fans and critics—and for the life of me I cannot understand why—have even stated a preference for the Syfy Channel’s mediocre 2000 miniseries adaptation, mostly because of issues of “faithfulness” to the source, despite it looking, as one blogger aptly put it, “like a cross between a telenovela and a youth group staging of Godspell.” This won’t stand for me. Some poor editing decisions notwithstanding, Lynch’s Dune is brilliant. Hell, even Frank Herbert himself, godlike creator of the Dune universe, loved it. 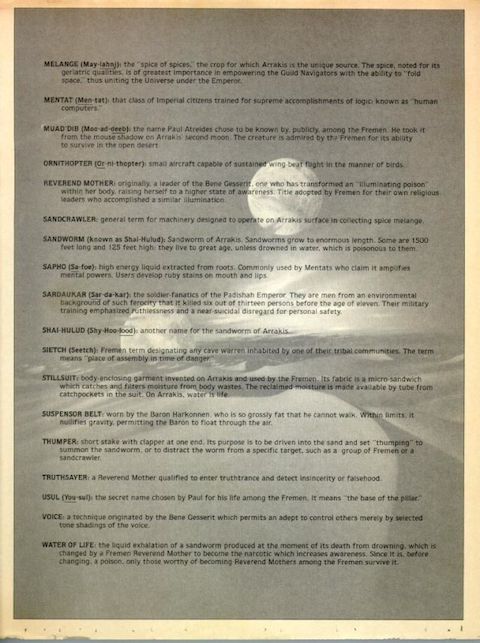 In 1984, however, the movie seemed destined for permanent obscurity, not cult fandom. Lynch disowned it—releasing it under the name “Alan Smithee,” longstanding pseudonym of embarrassed directors. For its tanking in the theaters, Dune appears on this list of “Greatest Box Office Bombs” for the years 1983-84, along with turds like Krull and the sequel to Saturday Night Fever. “If a film-viewer had no knowledge of the massively dense book,” the reviewer notes, “the bloated film made little sense.”

While I found Dune’s nigh-impenetrably alien nature alluring, film-going audiences had little patience for it. A large part of the problem, of course, is Herbert’s invented language. “Within the first 10 minutes,” writes Daniel Snyder at The Atlantic, “the film bombarded audiences with words like Kwisatz Haderach, landsraad, gom jabber, and sardaukar with little or no context.” Contrast this with Star Wars’ “blaster,” “droid,” and “force”—“words for made up things but they’re words that we know.” Although Stanley Kubrick’s  A Clockwork Orange—with its heavy, untranslated nadsat slang—was a hit over a decade earlier, it seems Universal Studios felt Dune‘s audiences needed preparatory materials, and so, reports io9, they circulated a glossary to filmgoers (first page at the top, obverse above—click to enlarge and then click again).

There’s little information on when, exactly, the studio decided this was necessary, or how they expected audiences to read it in the dark. But it’s perfect for home viewing. In the dark about the precise nature of a “fremkit”? Flip on the lights, pause your Amazon stream or blu-ray, scroll down, and there you have it: “desert survival kit of Fremen manufacture.” (See the previous entry for a “Fremen” explanation.) For all its uselessness in an actual theater, you have to hand it to whomever was tasked with compiling this list of terms; it’s a fairly comprehensive crash course on Herbert’s expansive space epic. It’s doubtful David Lynch had anything to do with these materials, but it’s also true that he found the world of Dune almost as baffling as those first audiences. Just above, see him in a pained interview on the “nightmare” that was the making of the film. No matter what he feels about it, I’m one fan who’s grateful he endured the torment.