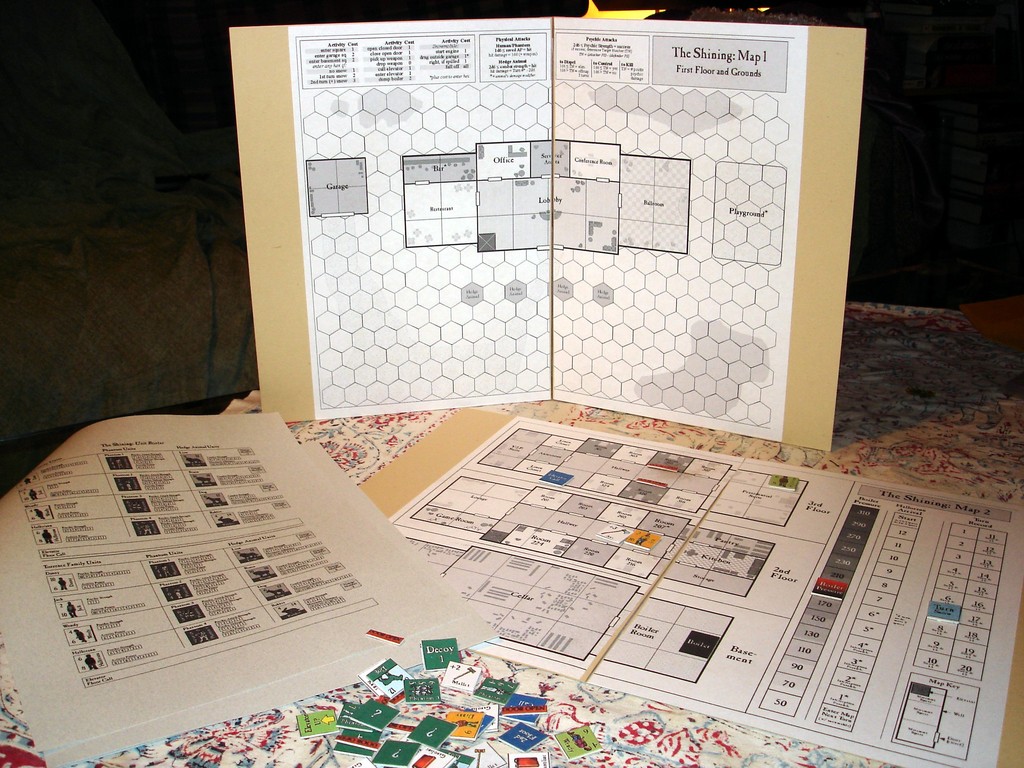 Stephen King’s 1977 psychological horror novel The Shining has inspired several other works, most notably Stanley Kubrick’s 1980 film adaptation, a movie widely considered to have elevated King’s story of the possessed Overlook Hotel and its luckless winter caretakers, the Torrance family, to a higher artistic plane. But King himself never really approved of Kubrick’s interpretation: “Parts of the film are chilling, charged with a relentlessly claustrophobic terror,” he said, “but others fall flat. A visceral skeptic such as Kubrick just couldn’t grasp the sheer inhuman evil of the Overlook Hotel.” 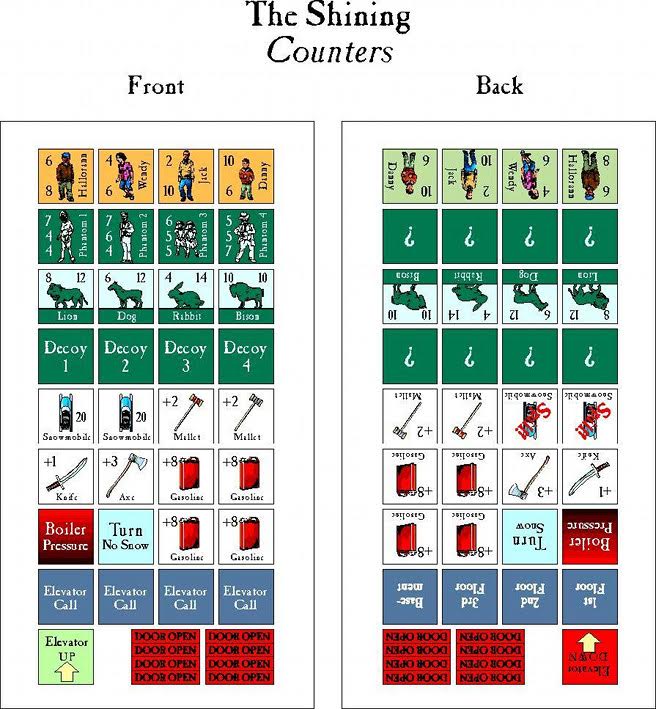 Presumably King had a better time playing the board game of The Shining, which won the first Microgame Design Contest in 1998, and about which you can read more at Board Game Geek. It has been said that King himself helped with the game’s development and offered his services as an early play-tester, though some will contest that. (See the claims in the comments section below.)

You can tell that the game’s faith lies with King’s novel rather than Kubrick’s film by its use of things that never made it from page to screen as gameplay elements, such as the hotel grounds’ hedge-sculpture animals that come to vicious life. 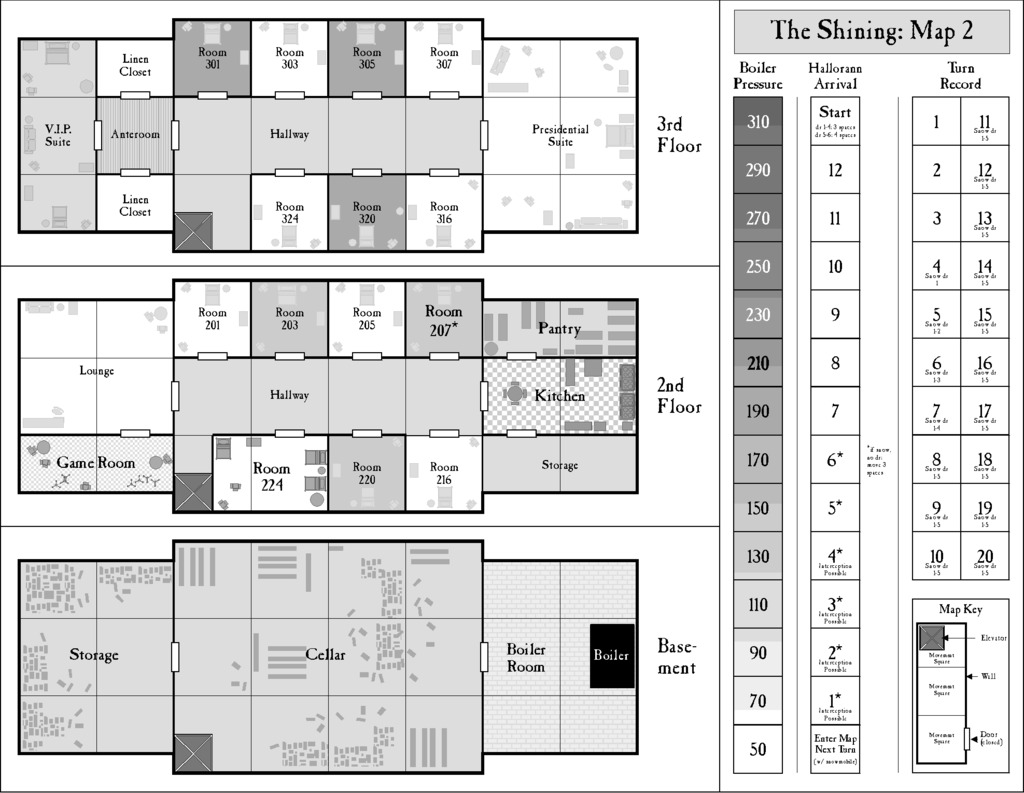 You can play The Shining board game as the Torrance family, in which case you’ll have to fight those hedge animals. Or you can play it as the Overlook Hotel itself, in which case you’ll control them. Each player has a host of implements at their disposal — ghosts, decoys, the famous axe and snowmobile — all meant to help them accomplish the task of driving the other side away. Think of it as a simplified wargame set in a haunted hotel.

If you’d like to see how you fare, whether in the shoes of the Torrances or the Indian-burial-ground foundation of the Overlook, you’ll find all the game’s materials freely available on the Micrograme Design Contest’s site. Print them out, set them up, and prepare to feel some sheer inhuman evil for yourself.