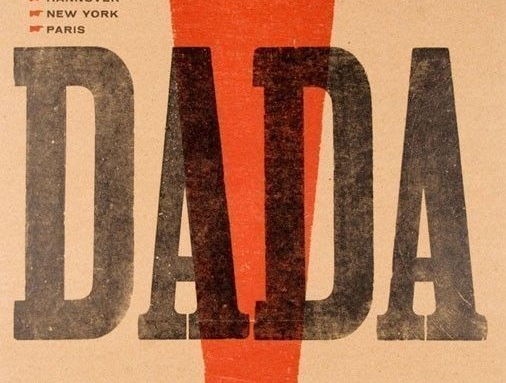 When we think of Dada, we think of an art movement—or anti-art movement—that embraced chance operations, futurism, and experimentation and rejected all of the previous doctrines of the formal art world as moribund and fraudulent. As Dada artist and theorist Tristan Tzara wrote in his 1918 manifesto, the aims of the establishment art world had been “to make money and cajole the nice nice bourgeois.” This new breed would have none of it. In their attack on bourgeois artistic and political values, artists like Tzara, Marcel Duchamp, Man Ray, Hans Richter, Kurt Schwitters and others willfully trespassed formal boundaries, using any means or medium they happened to find of interest in the moment. We have Dada painting, sculpture, typography, and film; Dada poetry, theater, dance, and even Dadaist politics, so well represented by Tzara’s manifesto.

One medium we don’t often associate with Dada, however, is music. And yet, those same artists who waged war on the establishment with readymade urinals and rambling manifestos also did so with musical compositions that were as influential as the painting, film, and poetry.

Dada, and its immediate successor, surrealism, “exerted a pervasive influence on 20th-century music,” writes Matthew Greenbaum at New Music Box, but “the presence of Dada and surrealism is generally unrecognized or forgotten” in discussions of “mid-century avant-garde composers” in New York, like Stefan Wolpe, Morton Feldman, and John Cage. And yet, the repetitive, machine-like qualities we associate with mid-century minimalism come more or less directly from the Dadaists, as does the high concept experimentation.

Dada artists, adds Greenbaum, “paid close attention to advanced and developing technology, and the repetitive beauty of machines was a ubiquitous image.” Works like Marcel Duchamp’s conceptual musical “assemblages cunningly obscure the boundaries of text, music, representation, and notation a half-century before John Cage’s experiments in indeterminacy.” Greenbaum’s essay makes a strong case for this lineage, but the most direct way to trace the steps from Duchamp, et al., to Cage is to listen to the Dada artists’ experiments with music firsthand, and you can hear a selection of them here, excerpted from the 1985 compilation Dada For Now and brought to us courtesy of Ubuweb, who host the full album. Many of these compositions are experiments with language, theatrical performance, and text (the album is shelved in the “Spoken Word” category), though none of the composers would have drawn any lines between word and music.

At the top of the post, hear Antonio Russolo’s 1921 composition “Corale and Serenata,” which sounds like a rather traditional march, but for the ominous roaring that shadows the orchestration and occasionally breaks in to disrupt it entirely, sounding like the rush of tires on a highway or workings of a huge, industrial machine. Next is Hugo Ball’s 1916 composition “Karawane,” in which a trio of vocalists—Trio Exvoco—grows louder and more guttural as they chant in unison, their only accompaniment what sounds like a trolley bell. Further down, in Tristan Tzara and others’ “L’amiral cherche une maison a louer,” also from 1916, that same trio performs some sort of exuberant comedy, with accompanying whiz-bang sound effects that one would hear in radio plays of the succeeding decades. And just above, in Kurt Schwitters’ 1919 “Simultangedicht kaa gee dee,” Trio Exvoco begins a chant that soon devolves into staccato vocalizations and gibberish.

A few of these pieces, like the Russolo at the top, are original recordings. The rest are reconstructions. All of them are strange, as is to be expected, but it’s impossible to hear just how strange—and how tasteless and absurd, perhaps—they would have sounded to audiences one hundred years ago. As Greenbaum argues, what was once revolutionary in Dada became normative as it was integrated into the American art establishment in the later 20th century. But to hear it with fresh ears is to recapture how Dadaist art sounded as radical as it looked.