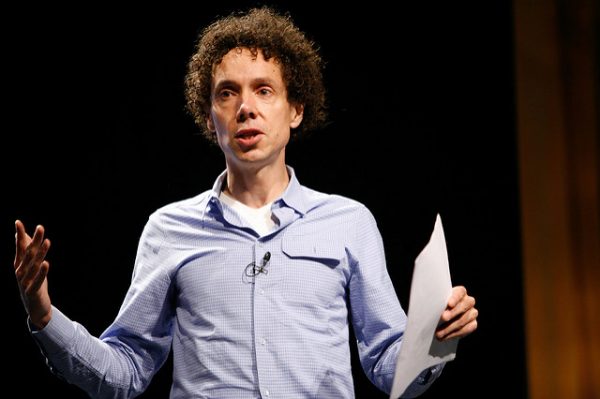 Malcolm Gladwell’s Revisionist History podcast kicked off this summer and in his very first episode, he took on the question of how women have broken into male-dominated fields, and the many reasons that so often hasn’t happened. Having set this tone, Gladwell asks in a more recent inquiry—a three-part series spanning Episodes 4 through 7—a similar question about what we might call meritocracy in education, a value fundamental to liberal democracy, however that’s interpreted. As Gladwell puts it in “Carlos Doesn’t Remember,” “This is what civilized societies are supposed to do: to provide opportunities for people to make the most of their ability. So that if you’re born poor, you can move up. If you work hard, you can improve your life.”

Over some sentimental, homespun orchestration, Gladwell points out that Americans have told ourselves that this is our birthright, “that every kid can become president.” We have seen ourselves this way despite the fact that at the country’s origin, higher offices were solely the property of propertied men, a small minority even then. Lest we forget, for all their good intentions, Ben Franklin’s Poor Richard’s Almanack and later collection, “The Way to Wealth,” were written as satires, “relentlessly scathing social and political commentary,” writes Jill Lepore, that mock wishful thinking and exaggerated ambition even as they offer helpful hints for organized, diligent living. Americans, the more cynical of us might think, have always believed impossible things, and the myth of meritocracy is one of them.

But Gladwell, skimming past the cultural history, wants to genuinely ask the question, “is it true? Is the system geared to serve the poor smart kid, or the rich smart kid?” Apart from our beliefs and political ideologies, what can we really say about what he calls, in economics terms, “the rate of capitalization” in the U.S.? This number, Gladwell explains, measures “the percentage of people in any group who are able to reach their potential.” Better than “its GDP, or its growth rate, or its per-capita income,” a society’s capitalization rate, he says, allows us to judge “how successful and just” a country is—and in the case of the U.S. in particular, how much it lives up to its ideals.

The first episode in the series (Episode 4 of the podcast, stream it above) introduces us to Gladwell’s first subject, Carlos, a very bright high school student in Los Angeles, and Eric Eisner, a retired entertainment lawyer who devotes his time to scouting out talented kids from low income families and helping them get into private schools. Eisner did exactly that for Carlos, finding him a place in an upscale private Brentwood school in the fifth grade. Early in Gladwell’s interview with Carlos, the question of what James Heckman at Boston Review identifies as the “non-cognitive characteristics” that inhibit social success comes up. These are as often “physical and mental health” and the soft skills of social interaction as they are access to something as seemingly mundane as a pair of tennis shoes that fit.

Carlos, a “really, really gifted kid,” Gladwell reiterates, cannot make it into and through the complicated social system of private school without Eisner, who bought him new tennis shoes, and who provides other material and social forms of support for the students he mentors. Students like Carlos, Gladwell argues, need not only mentors, but patrons in the mold of an ancient Roman patrician: “not just any advocate: a high-powered guy with lots of connections, who can get you in and watch over you.” The key to class mobility, in other words, lies with the arbitrary noblesse oblige of those who have already made it, generally with some considerable advantages of their own. The remainder of the episode explores the obvious and non-obvious problems with this modern-day patronage system.

In “Food Fight,” the next part of the mini-series on “capitalization,” Gladwell and his colleagues open the door on the world of prestigious liberal arts colleges’ dining services, starting at Bowdoin College in Maine, a place where the food services are “in a whole different class.” Bowdoin’s excellent food, Gladwell argues, represents a “moral problem.” To help us understand, he makes a direct comparison with Bowdoin’s elite competitor, Vassar College, whose student dining is more in line with what most of us experienced at college; in one student’s understated phrase, there’s “room for improvement.” What the food comparison illustrates is this: when many elite institutions doubled their financial aid budgets a decade or so ago to increase enrollment of low-income students, other budget lines, so Vassar’s president claims, took such a hit that food, facilities, and other services suffered.

Vassar’s current president transformed the student body from primarily full-tuition-paying students to primarily students “who pay very little.” The egalitarian move means the college must lean too heavily on its endowment and on the paying students. Gladwell doesn’t delve into what we’ve also been hearing about for at least the last decade: as institutions like Vassar accept and fund increasing numbers of low-income students, other schools charged legally with providing for the public good, like the University of California system, have raised tuition to levels unaffordable to thousands of prospective students.

Colleges across the country may have raised tuition rates to their current astronomical levels in part to better fund poorer applicants, but they have also faced stiff criticism for spending huge amounts on athletics, building projects, and exorbitant administrative salaries. The food comparison presents us with an either/or scenario, but the moral problem inhabits a much grayer reality than Gladwell acknowledges. Likewise, in the story of Carlos, we come to understand why smart kids from poor neighborhoods face so many impediments once they arrive at elite institutions. But we don’t hear about why so many poor kids fail to achieve at all due to what what Heckman calls “the principle source of inequality today”—children born into poverty begin life at a severe disadvantage from the very start, leading to social divisions of the “skilled and unskilled” even in early childhood.

We do get a broader picture in the final episode in the series, “My Little Hundred Millions,” in which Gladwell looks into another moral problem: In the story of Henry Rowan, who in the early ‘90s donated $100 million to a tiny university in New Jersey, we see a stark contrast to the way most philanthropists operate, almost as a rule making their generous gifts to elite, already wealthy schools like Harvard, Stanford, and Yale. This system of philanthropy perpetuates inequality in higher education and keeps elite institutions elite, even as—in places like Vassar—it gives them the reserve capital they need to fund lower-income students. Like any complex institutional system with a long, tangled history of exclusion and privilege, higher education in the U.S. offers us a very good model for studying inequality.

To hear Gladwell’s full assessment of meritocracy or “capitalization,” you’ll need to listen to the full series as it builds on each example to make its larger point. Each episode’s webpage also includes links to reference documents and featured books so that you can continue the investigation on your own, correcting for the podcast’s blind spots and biases. What Gladwell’s series does well, as do many of his pop sociological bestsellers, is give us concrete examples that run up against many of our abstract preconceptions. It’s an interesting approach—structuring an extended look at exceptionalism and its problems around three exceptional cases. But it is these cases, with all their complications and complexity, that often get lost in over-generalized discussions about higher education and the myths and realities of social mobility.