Wynton Marsalis Gives 12 Tips on How to Practice: For Musicians, Athletes, or Anyone Who Wants to Learn Something New 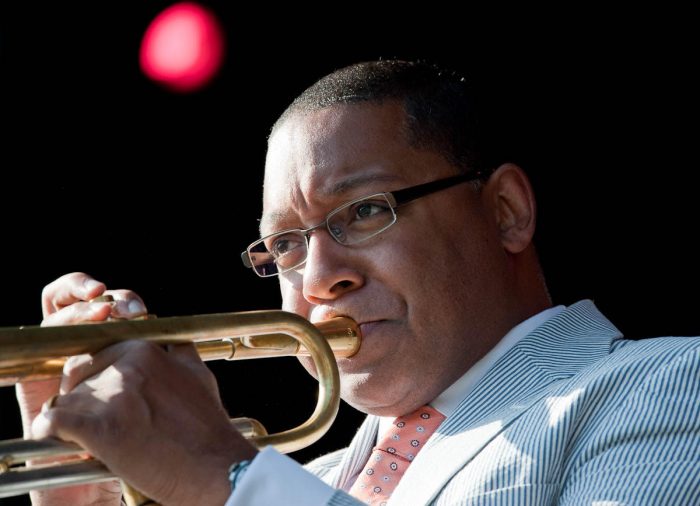 Practicing for countless hours before we can be good at something seems burdensome and boring. Maybe that’s why we’re drawn to stories of instant achievement. The monk realizes satori (and Neo learns kung fu); the superhero acquires great power out of the blue; Robert Johnson trades for genius at the crossroads. At the same time, we teach children they can’t master a skill without discipline and diligence. We repeat pop psych theories that specify the exact number hours required for excellence. The number may be arbitrary, but it comforts us to believe that practice might, eventually, make perfect. Because in truth we know there is no way around it. As Wynton Marsalis writes in “Wynton’s Twelve Ways to Practice: From Music to Schoolwork,” “practice is essential to learning music—and anything else, for that matter.”

For jazz musicians, the time spent learning theory and refining technique finds eloquent expression in the concept of woodshedding, a “humbling but necessary chore,” writes Paul Klemperer at Big Apple Jazz, “like chopping wood before you can start the fire.”

Yet retiring to the woodshed “means more than just practicing…. You have to dig deep into yourself, discipline yourself, become focused on the music and your instrument.” As beginners, we tend to look at practice only as a chore. The best jazz musicians know there’s also “something philosophical, almost religious” about it. John Coltrane, for example, practiced ceaselessly, consciously defining his music as a spiritual and contemplative discipline.

Marsalis also implies a religious aspect in his short article: “when you practice, it means you are willing to sacrifice to sound good… I like to say that the time spent practicing is the true sign of virtue in a musician.” Maybe this piety is intended to dispel the myth of quick and easy deals with infernal entities. But most of Marsalis’ “twelve ways to practice” are as pragmatic as they come, and “will work,” he promises “for almost every activity—from music to schoolwork to sports.” Find his abridged list below, and read his full commentary at “the trumpeter’s bible,” Arban’s Method.

You’ll note in even a cursory scan of Marsalis’ prescriptions that they begin with the imminently practical—the “chores” we can find tedious—and move further into the intangibles: developing creativity, humility, optimism, and, eventually, maybe, a gradual kind of enlightenment. You’ll notice on a closer read that the consciousness-raising and the mundane daily tasks go hand-in-hand.

While this may be all well and good for jazz musicians, students, athletes, or chess players, we may have reason for skepticism about success through practice more generally. Researchers at Princeton have found, for example, that the effectiveness of practice is “domain dependent.” In games, music, and sports, practice accounts for a good deal of improvement. In certain other “less stable” fields driven by celebrity and networking, for example, success can seem more dependent on personality or privileged access.

But it’s probably safe to assume that if you’re reading this post, you’re interested in mastering a skill, not cultivating a brand. Whether you want to play Carnegie Hall or “learn a language, cook good meals or get along well with people,” practice is essential, Marsalis argues, and practicing well is just as important as practicing often. For a look at how practice changes our brains, creating what we colloquially call “muscle memory,” see the TED-Ed video just above.