“Play Without Bitching About the Key,” and Other Humorous, Blunt Annotations Added to Musical Scores 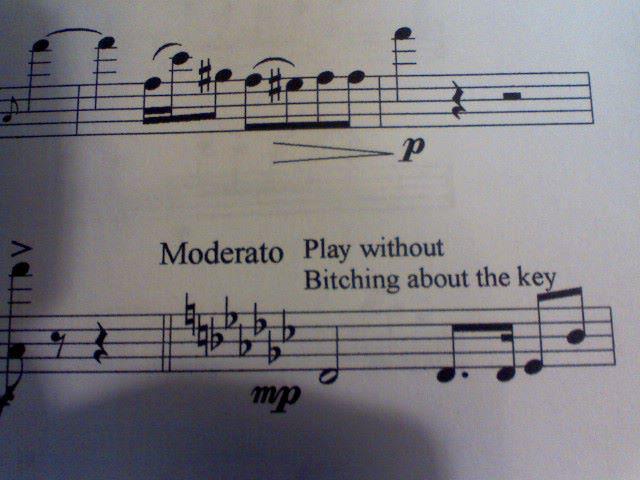 The standard system of musical notation has, throughout its evolution, served many different eras of humanity, and increasingly many different cultures, quite well indeed. Still, though, when its purely visual elements can’t get the compositional intention fully across, one must resort to incorporating verbal instructions, and sometimes those instructions can seem… unconventional. Classic FM’s list of “bizarre, perplexing and distressing performance directions” includes commands to play at “tempo di PBS documentary,” to “continue in tempo, ignoring conductor,” and — these favorites of Erik Satie — to play as if “imbibet” (drunken) and “corpulentus” (corpulent). 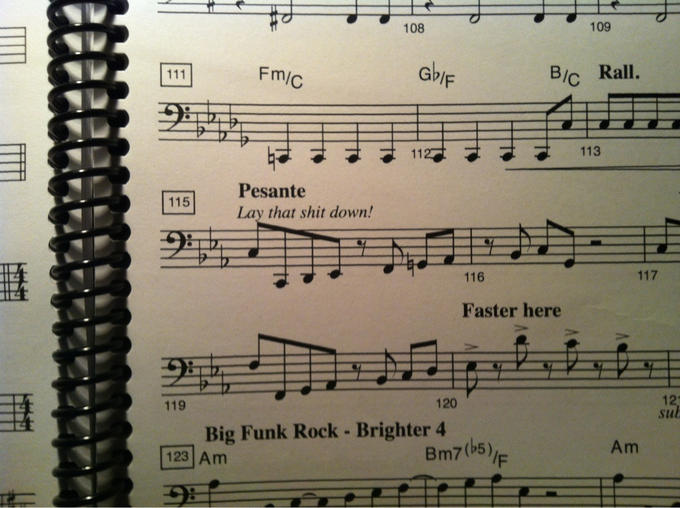 Not long ago, jazz critic Ted Gioia, a man who’s seen a more than a few scores in his time, tweeted out a set of images of what he called “blunt musical directions.” These instruct their performers to “play without bitching about the key” — G-flat major not, I gather, being the most enjoyable of them all — to make a “soft moan through instrument if possible,” to “STAND; TURN AROUND; BEND OVER AND PLAY OBOE BETWEEN LEGS,” to “play without taking a picture and uploading to Facebook,” and — perhaps most important of all — to “lay that shit down!” 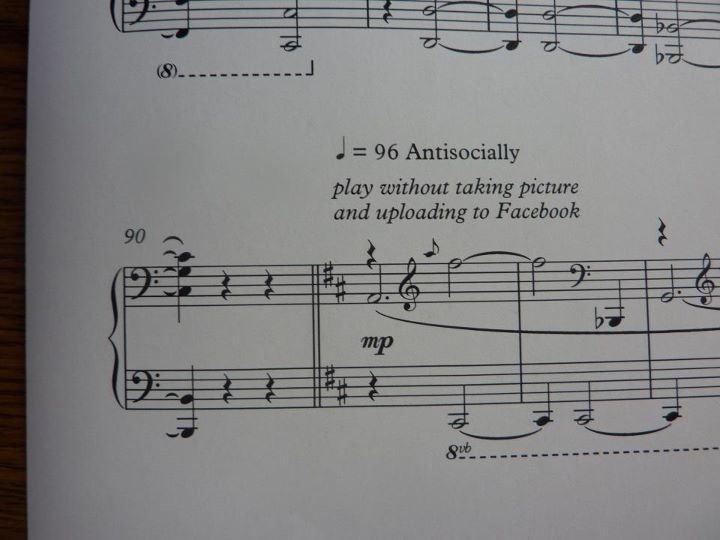 To those who can’t read a score, the ability to turn a bunch of lines, dots, and other even less intuitively decipherable symbols into full-bodied music on the fly looks like a superpower. But those who can read a score know that the real musicianship all happens between what some composer wrote on the page and what the audience hears, balancing loyalty to the composer’s intention with the degree of personal interpretation that makes the piece come alive. All the discipline cultivated through musical training no doubt ensures that most of them can resist the temptation of Facebook while actually playing, but when a composer’s directions get really ambiguous, cranky, or simply strange — well, that’s where their professional judgment comes in. And so live music remains interesting, even this deep into the age of the recorded stuff.

“Hummingbird,” A New Form of Music Notation That’s Easier to Learn and Faster to Read