Rebecca Solnit Picks 13 Songs That Will Remind Us of Our Power to Change the World, Even in Seemingly Dark Times 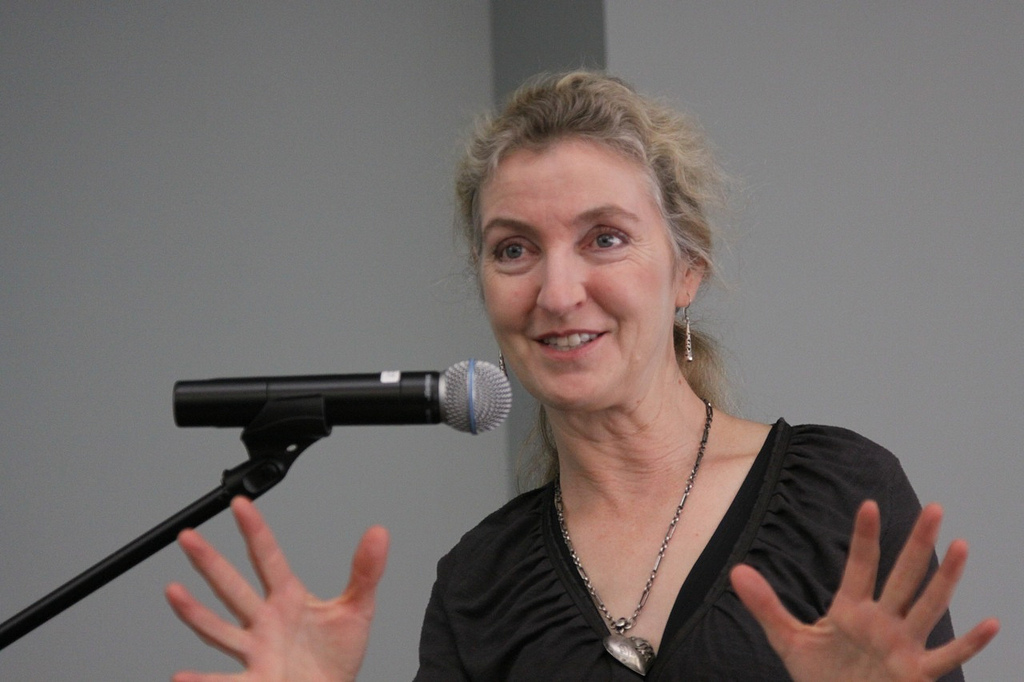 Apocalypses have always been popular as mass belief and entertainment. Maybe it’s a collective desire for retribution or redemption, or a kind of vertigo humans experience when staring into the abyss of the unknown. Better to end it all than live in neurotic uncertainty. Maybe we find it impossible to think of a future world existing hundreds, thousands, millions of years after our deaths. As Rebecca Solnit observes in Hope in the Dark: Untold Histories, Wild Possibilities, “people have always been good at imagining the end of the world, which is much easier to picture than the strange sidelong paths of change in a world without end.” What if the world never ends, but goes on forever, changing and evolving in unimaginable ways?

This is the bailiwick of science fiction, but also the domain of history, a hindsight view of centuries past when wars, tyrannical conquests, famines, and diseases nearly wiped out entire populations—when it seemed to them a near certainty that nothing would or could survive the present horror. And yet it did.

This may be no consolation to the victims of violence and plague, but the world has gone on for the living, people have adapted and survived, even under the current, very real threats of nuclear war and catastrophic climate change. And throughout history, both small and large groups of people have changed the world for the better, though it hardly seemed possible at the time. Solnit’s book chronicles these histories, and last year, she released a playlist as a companion for the book.

Hope in the Dark makes good on its title through a collection of essays about “everything,” writes Alice Gregory at The New York Times, “from the Zapatistas to weather forecasting to the fall of the Berlin Wall.” The book is “part history of progressive success stories, part extended argument for hope as a catalyst for action.” Solnit wrote the book in 2004, during the reelection of George W. Bush—a time when progressives despaired of ever seeing the end of chickenhawk sabre-rattling, wars for profit, privatization of the public sphere, environmental degradation, theocratic political projects, curtailing of civil rights, or the disaster capitalism the administration wholeheartedly embraced (as Naomi Klein’s The Shock Doctrine detailed). Plus ça change….

In March of last year, Haymarket Books reissued Hope in the Dark, and on November 10th, Solnit posted a link to a free download of the book on Facebook. It was downloaded over 30,000 times in one week. Along with other progressive intellectuals like Klein and Richard Rorty, Solnit—who became internationally known for the term “mansplaining” in her essay, then book, Men Explain Things to Me—has now been cast as a “Cassandra figure of the left,” Gregory writes. But she rejects the disastrous futility inherent in that analogy:

If you think of a kind of ecology of ideas, there are more than enough people telling us how horrific and terrible and bad everything is, and I don’t really need to join that project. There’s a whole other project of trying to counterbalance that — sometimes we do win and this is how it worked in the past. Change is often unpredictable and indirect. We don’t know the future. We’ve changed the world many times, and remembering that, that history, is really a source of power to continue and it doesn’t get talked about nearly enough.

If we don’t hear enough talk about hope, maybe we need to hear more hopeful music, Solnit suggests in her Hope in the Dark playlist. Thirteen songs long, it moves between Beyoncé and The Clash, Iggy Pop and Stevie Nicks, Black Flag and Big Freedia.

While the selections speak for themselves, she offers brief commentary on each of her choices in a post at Powell’s. Beyoncé’s “Formation,” Solnit writes, “reformulates, digging deep into the past of sorrow and suffering and injustice and pulling us all with her into a future that could be different.” Patti Smith’s anthem “People Have the Power” feels like hope, Solnit says: “it’s right about the power we have, which obliges us to act, and which many duck by pretending we’re helpless.” Maybe that’s what apocalypses are all about—making us feel small and powerless in the face of impending doom. But there are other kinds of religion, like that of Lee Williams’ “Steal My Joy.” It’s a “gorgeous gospel song,” writes Solnit. “Joystealers are everywhere. Never surrender to them.” That sounds like an ideal exhortation to imagine and fight for a better future.