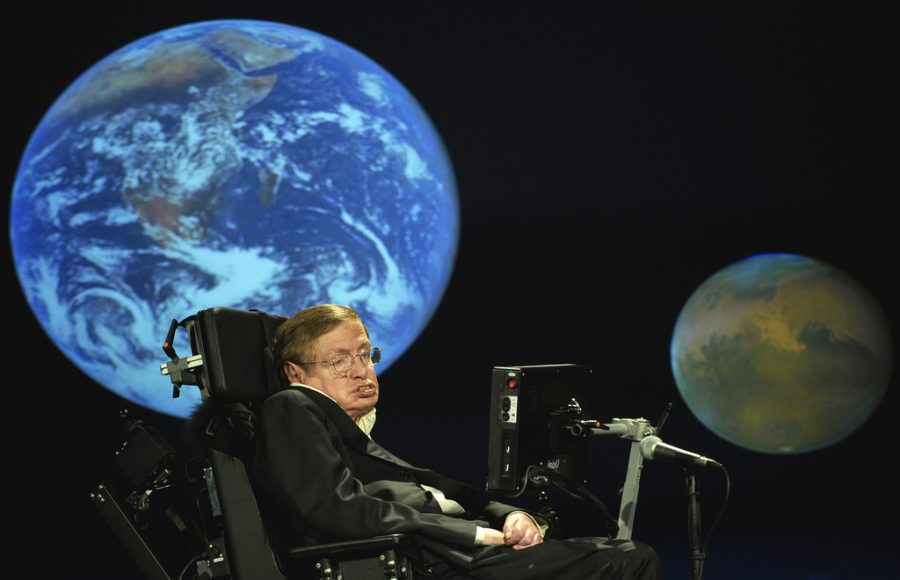 Imagine being Stephen Hawking’s dissertation advisor? Not that most of us can put ourselves in the shoes of eminent Cambridge physicist Dennis Sciama… but imagine a student succeeding so profoundly, after having overcome such remarkable difficulty, to become the celebrated Stephen Hawking? One would feel immensely proud, I’d guess, and maybe just a little intimidated. Some graduate-level professors might even feel threatened by such a student. It’s doubtful, however, that Sciama—who signed off on Hawking’s thesis in 1966 and died in 1999—felt this way.

As F.R. Ellis and Roger Penrose write, when Hawking announced a significant finding about black holes in 1974, Sciama “quickly recognized the importance… hailing it as initiating a new revolution in our understanding.” Despite his portrayal by David Thewlis as “a kind of authoritarian gatekeeper” in the Hawking biopic The Theory of Everything, Sciama “was much more than that picture suggests,” writes another of his highly accomplished mentees, Adrian Melott; “he was a superb mentor who brought out the best in his students.” Ellis and Penrose, themselves esteemed scientists strongly influenced by Sciama, write of his “astonishing succession of research students,” three of whom became fellows of the Royal Society.

I mention these names because they are just a few of the many people who inspired, challenged, and guided Hawking, much of whose fame rests on his bestselling popular cosmology, A Brief History of Time. While he may be talked of as a lone eccentric singularity whose mind operates above our mortal plane, like every scientist, he developed in a community that includes many such minds. The observation in no way diminishes Hawking’s accomplishments–it might, ideally, spur those of us with an interest in his work to look at how it developed in conversation and debate with others, like eminent Cambridge physicist Fred Hoyle.

We can begin to do that now by going back to Hawking’s graduate days and reading his doctoral thesis, which has been made available for free download by the Cambridge University Library. “Properties of Expanding Universes” has proven so popular that it crashed the library web site, with more than 60,000 views yesterday. By contrast, “other popular theses might have 100 views per month,” says Stuart Roberts, deputy head of research communications at Cambridge.

In a statement accompanying the dissertation’s release, Hawking matter-of-factly situates himself in a vast community of “great” minds:

By making my PhD thesis Open Access, I hope to inspire people around the world to look up at the stars and not down at their feet; to wonder about our place in the universe and to try and make sense of the cosmos. Anyone, anywhere in the world should have free, unhindered access to not just my research, but to the research of every great and enquiring mind across the spectrum of human understanding.

Should we have such open access, all of us could follow the debates across academic projects, learn how the most sophisticated views of the universe’s nature get formulated and refined. However, we’d probably also find that few other physicists express themselves with as much clarity as Hawking. Whether or not we understand his scientific explanations, we can understand his prose, and his directness of expression has won him millions of readers who may have never have otherwise read any theoretical physics. See the first paragraph of Hawking’s introduction below:

The idea that the universe is expanding is of recent origin. All the early cosmologies were essentially stationary and even Einstein whose theory of relativity is the basis for almost all modern developments in cosmology, found it natural to suggest a static model of the universe. However there is a very grave difficulty associated with a static model such as Einstein’s which is supposed to have existed for an infinite time. For, if the stars had been radiating energy at their present rates for an infinite time, they would have needed an infinite supply of energy. Further, the flux of radiation now would be infinite. Alternatively, if they had only a limited supply of energy, the whole universe would by now have reached thermal equilibrium which is certainly not the case. This difficulty was noticed by Olders who however was not able to suggest any solution. The discovery of the recession of the nebulae by Hubble led to the abandonment of static models in favour of ones which were expanding.

Whether the remainder of “Properties of Expanding Universes” is as readable may be difficult to determine for a little while. As of the writing of this post, at least, both the original link and a secondary URL hosting a photographed version of the document have ground to a halt. (Update: Pages are serving fairly well again, at least for now.) No doubt many of the visitors are physicists and grad students themselves. But their numbers may be dwarfed by laypeople eager to see Hawking’s peculiar genius first emerge into the world, from a community of similarly brilliant cosmologists.

The Big Ideas of Stephen Hawking Explained with Simple Animation