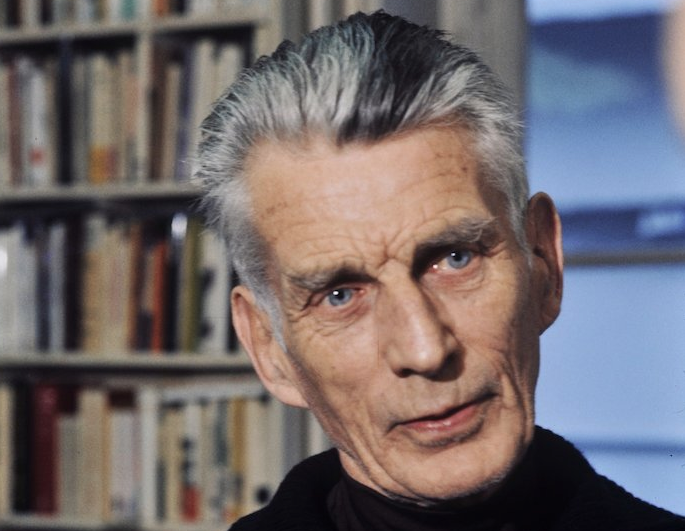 Image by the Bibliothèque nationale de France, via Wikimedia Commons

To what writer, besides Ayn Rand, do the business-minded techies and tech-minded businessmen of 21st-century Silicon Valley look for their inspiration? The name of Samuel Beckett may not, at first, strike you as an obvious answer — unless, of course, you know the origin of the phrase “Fail better.” It appears five times in Beckett’s 1983 story “Worstward Ho,” the first of which goes like this: “Ever tried. Ever failed. No matter. Try again. Fail again. Fail better.” The sentiment seems to resonate naturally with the mentality demanded by the world of tech startups, where nearly every venture ends in failure, but failure which may well contain the seeds of future success.

Or rather, the apparent sentiment resonates. “By itself, you can probably understand why this phrase has become a mantra of sorts, especially in the glamorized world of overworked start-up founders hoping against pretty high odds to make it,” writes Books on the Wall‘s Andrea Schlottman.

“We think so, too. That is, until you read the rest of it.” The paragraph immediately following those much-quoted lines runs as follows:

“Throw up for good” — a rich image, certainly, but perhaps not as likely to get you out there disrupting complacent industries as “Fail better,” which The New Inquiry’s Ned Beauman describes as “experimental literature’s equivalent of that famous Che Guevara photo, flayed completely of meaning and turned into a successful brand with no particular owner. ‘Worstward Ho’ may be a difficult work that resists any stable interpretation, but we can at least be pretty sure that Beckett’s message was a bit darker than ‘Just do your best and everything is sure to work out ok in the end.’

But if Beckett’s words don’t provide quite the cause for optimism we thought they did, the story of his life actually might. “Beckett had already experienced plenty of artistic failure by the time he developed it into a poetics,” writes Chris Power in The Guardian. “No one was willing to publish his first novel, Dream of Fair to Middling Women, and the book of short stories he salvaged from it, More Pricks Than Kicks (1934), sold disastrously.” And yet today, even those who’ve never read a page of his work — indeed, those who’ve never even read the “Fail better” quote in full — acknowledge him as one of the 20th century’s greatest literary masters. Still, we have good cause to believe that Beckett himself probably regarded his own work as, to one degree or another, a failure. Those of us who revere it would do well to remember that, and maybe even to draw some inspiration from it.

Inspiration from Charles Bukowski: You Might Be Old, Your Life May Be “Crappy,” But You Can Still Make Good Art