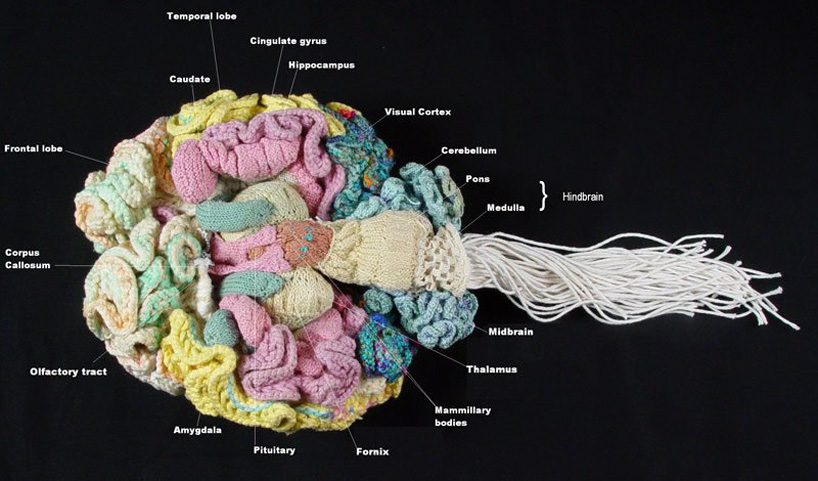 Our brains dictate our every move.

They’re the ones who spur us to study hard, so we can make something of ourselves, in order to better our communities.

They name our babies, choose our clothes, decide what we’re hungry for.

They make and break laws, organize protests, fritter away hours on social media, and give us the green light to binge watch a bunch of dumb shows when we could be reading War and Peace.

They also plant the seeds for Fitzcarraldo-like creative endeavors that take over our lives and generate little to no income.

We may describe such endeavors as a labor of love, into which we’ve poured our entire heart and soul, but think for a second.

The heart, that muscular fist-sized Valentine, content to just pump-pump-pump its way through life, lub-dub, lub-dub, from cradle to grave?

Or the brain, a crafty Iago of an organ, possessor of billions of neurons, complex, contradictory, a mystery we’re far from unraveling?

Psychiatrist Dr. Karen Norberg’s brain has steered her to study such heavy duty subjects as the daycare effect, the rise in youth suicide, and the risk of prescribing selective serotonin reuptake inhibitors as a treatment for depression. 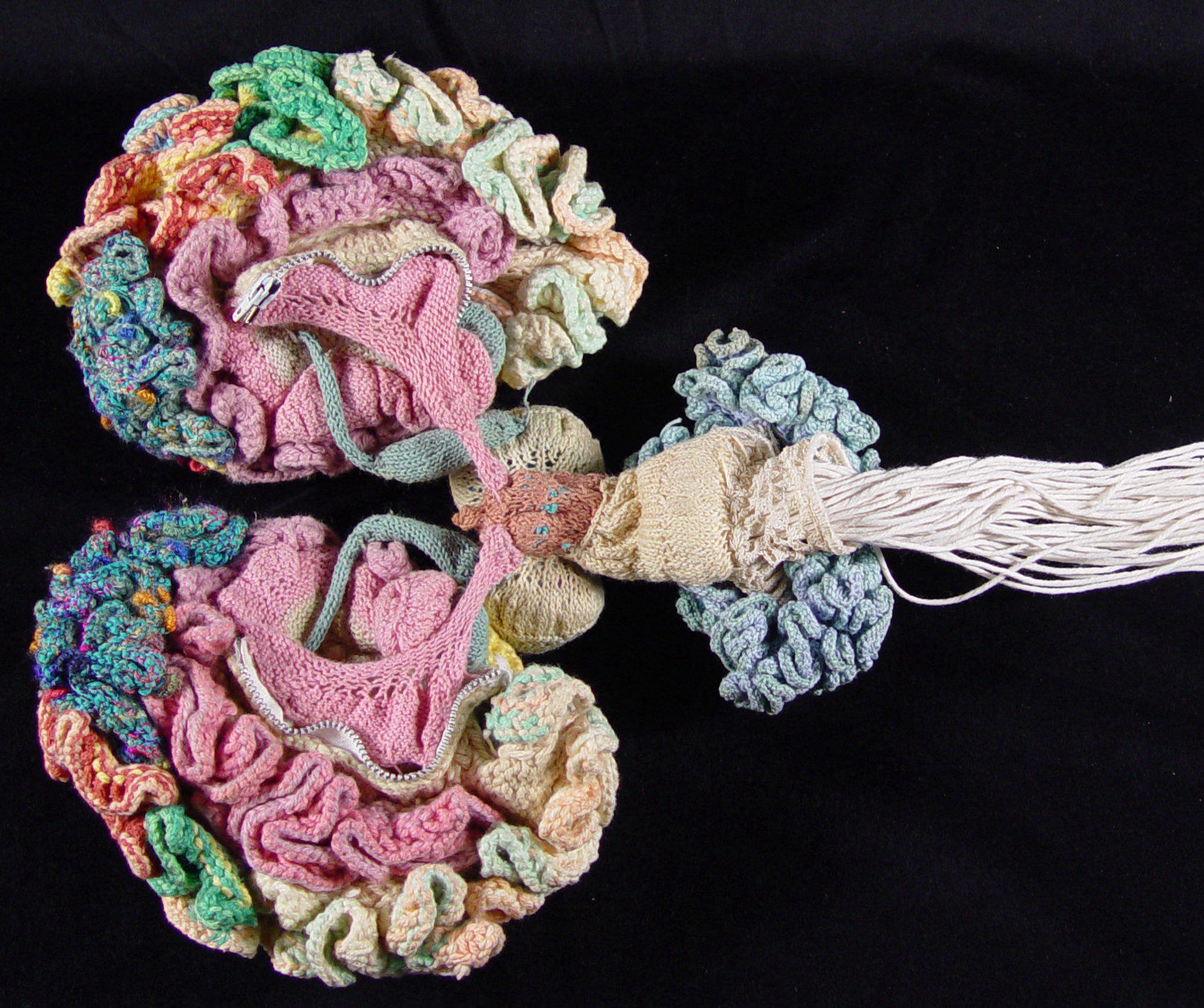 On a lighter note, it also told her to devote nine months to knitting an anatomically correct replica of the human brain.

(Twelve, if you count three months of research before casting on.)

How did her brain convince her to embark on this madcap assignment?

Easy. It arranged for her to be in the middle of a more prosaic knitting project, then goosed her into noticing how the ruffles of that project resembled the wrinkles of the cerebral cortex.

Not likely. Especially when one of the cerebral cortex’s most important duties is decision making.

As she explained in an interview with The Telegraph, brain development is not unlike the growth of a knitted piece:

You can see very naturally how the ‘rippling’ effect of the cerebral cortex emerges from properties that probably have to do with nerve cell growth. In the case of knitting, the effect is created by increasing the number of stitches in each row. 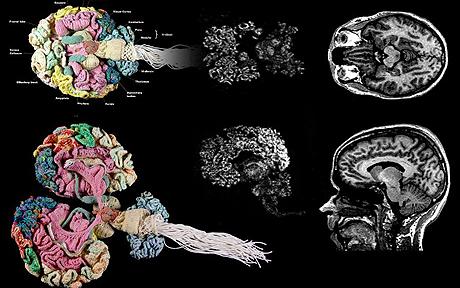 Dr. Norberg—who, yes, has on occasion referred to her project as a labor of love—told Scientific American that such a massive crafty undertaking appealed to her sense of humor because “it seemed so ridiculous and would be an enormously complicated, absurdly ambitious thing to do.”

That’s the point at which many people’s brains would give them permission to stop, but Dr. Norberg and her brain persisted, pushing past the hypothetical, creating colorful individual structures that were eventually sewn into two cuddly hemispheres that can be joined with a zipper.

(She also let slip that her brain—by which she means the knitted one, though the observation certainly holds true for the one in her head—is female, due to its robust corpus callosum, the “tough body” whose millions of fibers promote communication and connection.)