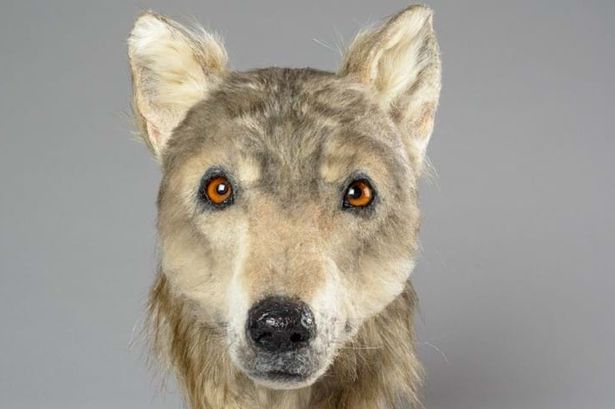 We’re pretty sure dogs aren’t obsessed with ancestry, despite the proliferation of canine DNA testing services.

That seems to be more of a human thing.

However, with very little digging, nearly every dog on earth could claim to be descended from a handsome specimen such as the one above.

This news must be gratifying to all those lapdogs who fancy themselves to be something more wolfish than their exteriors suggest.

This beast is no 21st-century pet, but rather, a reconstruction, forensic science’s best guess as to what the owner of a Neolithic skull discovered during a 1901 excavation of the 5,000-year-old Cuween Hill chambered cairn on Orkney, Scotland would have looked like in life. 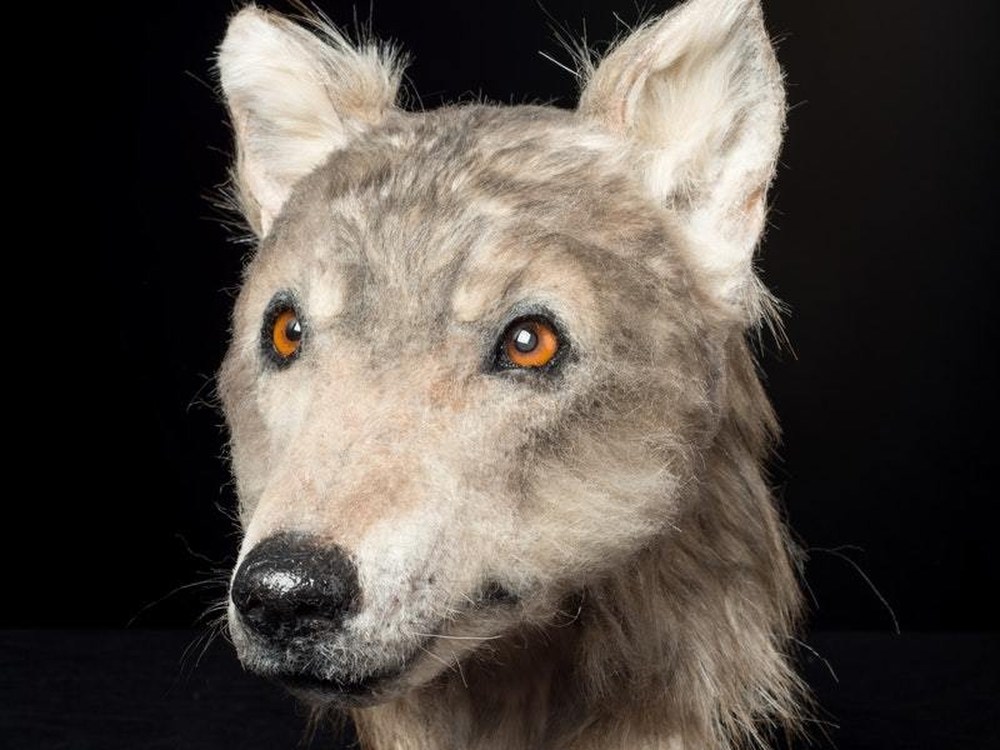 About the size of a large collie, the “Cuween dog” has the face of a European grey wolf and the reasonable gaze of a family pet.

(Kudos to the project’s organizers for resisting the urge to bestow a nickname on their creation, or if they have, to resist sharing it publicly.)

Whether or not this good boy or girl had a name, it would’ve earned its keep, guarding a farm in the tomb’s vicinity.

Steve Farrar, Interpretation Manager at Historic Environment Scotland, the conservation organization that commissioned the reconstruction, believes that the farmers’ esteem for their dogs went beyond mere utilitarian appreciation:

Maybe dogs were their symbol or totem, perhaps they thought of themselves as the ‘dog people’.

Radiocarbon dating of this dog’s skull and 23 others found on the site point to ritual burial—the animals were placed within more than 500 years after the passage to the tomb was built. Historic Environment Scotland posits that the canine remains’ placement next to those of humans attest to the community’s belief in an afterlife for both species.

The model is presumably more relatable than the naked skull, which was scanned by Edinburgh University’s Royal (Dick) School of Veterinary Studies, enabling Historic Environment Scotland to make the 3D print that forensic artist Amy Thornton fleshed out with muscle, skin, and hair.

What a human genealogist wouldn’t give to trace their lineage back to 2000 BC, let alone have such a fetching picture.

Ayun Halliday is an author, illustrator, theater maker and Chief Primatologist of the East Village Inky zine.  Join her in New York City this May for the next installment of her book-based variety show, Necromancers of the Public Domain. Follow her @AyunHalliday.