The Walkman Turns 40: See Every Generation of Sony’s Iconic Personal Stereo in One Minute

Do you remember your first Walkman? If you grew up after the cassette era, of course, you might have owned a CD-playing Discman instead, or maybe — just maybe — even a Minidisc Walkman. Nowadays you probably have an iPod or iPod-like digital audio player as well as a cellphone equipped to serve the same purpose. But all the ways in which you’ve ever taken your tunes on the go evolved from a common technological ancestor: Sony’s TPS-L2, which debuted on the market 40 years ago this month. First marketed in the United States as the Soundabout and the United Kingdom as the Stowaway, it didn’t take long to achieve worldwide success under the Japanese-English brand name that long ago became a byword for the personal stereo.

“To celebrate the Walkman’s 40th anniversary, Sony has opened an exhibition in Tokyo’s bustling Ginza district,” writes designboom’s Juliana Neira. “Titled #009 WALKMAN IN THE PARK 40 Years Since ‘the Day the Music Walked,’ the exhibition focuses on the people for whom the Walkman has been a part of their everyday life.”

It also includes a wall “featuring around 230 versions of the Walkman throughout its 40-year history. From the nostalgic older models, all the way up to the latest models, the exhibit allows visitors to take in the changes in designs, specifications, and media formats over the years.” You can see all the representative Walkman models from throughout the device’s four decades of history in the minute-long official video above. 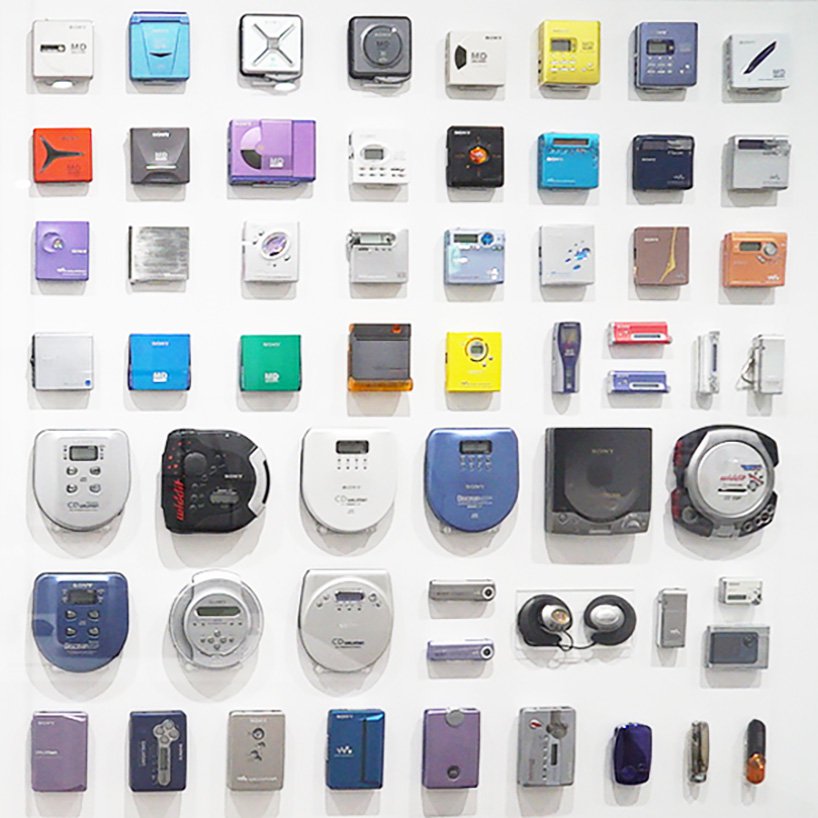 The Walkman defined an era of personal technology, but its brand hasn’t weathered so well in the 21st century. “The beautifully designed, easy-to-use TPS-L2 was the device that liberated the cassette from living room hi-fis and car tape decks to truly make music portable,” writes Quartz’s Mike Murphy. But “a great many of the products that Sony once dominated with have been replaced, or have been consolidated into other devices. Over the years, Sony has made fantastic camcorders, stereo components, cameras, portable media players, and phones. Relatively few people buy most of these products anymore, with the smartphone usurping many of these devices’ functions.” Today’s Walkman devices don’t reflect “the influential (and often experimental) Sony of yesterday. And with Apple grappling with its own existential questions about its future, who is left to take up the mantle of the king of consumer electronics?”

Still, when we put on our headphones or pop in our earbuds on the morning commute and see that everyone else around us has done the same, we have to admit that we live in the world the Walkman created. This has its downsides, as Amanda Petrusich acknowledges in a New Yorker piece on public headphone-wearing: these include “the disconnection they facilitate” (and the hand-wringing about that disconnection they encourage) as well as the engineering of music itself to accommodate low-quality audio reproduction. But then, “ambling down a city street with headphones on — you know, maybe it’s dusk, maybe it’s midsummer, maybe you had a really nice day — is, without a doubt, one of life’s simplest and most perfect joys.” Sony’s music-loving co-founder Masaru Ibuka, commissioner of the original Walkman’s design, must have known similar joys himself. But what would he make of podcasts?