View/Download the Highest Resolution MRI Scan of a Human Brain, Revealing It as We’ve Never Seen It Before

We all know what brains look like. Or in any case, we can picture something symmetrical, a bit squishy, between pink and gray in color, and with a whole lot of folds. But until a team of researchers at the Laboratory for NeuroImaging of Coma and Consciousness did their recent ultra-high resolution MRI scan of a human brain, which took over 100 hours to complete in one of the world’s most advanced MRI machines, nobody had ever seen that many-splendored organ in the kind of detail — detail at a 100-micrometer level of resolution, to be precise — shown in the video above.

“Thanks to an anonymous deceased patient whose brain was donated to science,” writes Science Alert’s Peter Dockrill, “the world now has an unprecedented view of the structures that make thought itself possible.” After its extraction and “a period of preservation, the organ was transferred to a custom-built, air-tight brain holder made of rugged urethane, specially designed for the experiment’s long-duration MRI scan. The holder was placed in a customized seven Tesla (7T) MRI scanner: a powerful machine offering high levels of magnetic field strength, and only approved by the FDA for use in the US in 2017.”

Such a machine could scan a brain still in use — that is, one inside the skull of a living, breathing human being — but only for a short period of time. The great advantage of using an ex vivo brain rather than an in vivo is that it can stay inside, completely unmoving, for as long as it takes to acquire the highest-quality scan yet seen. The team could thus record “8 terabytes of raw data from four separate scan angles,” data they have released to the academic community in a compressed version, which you can view and download here. 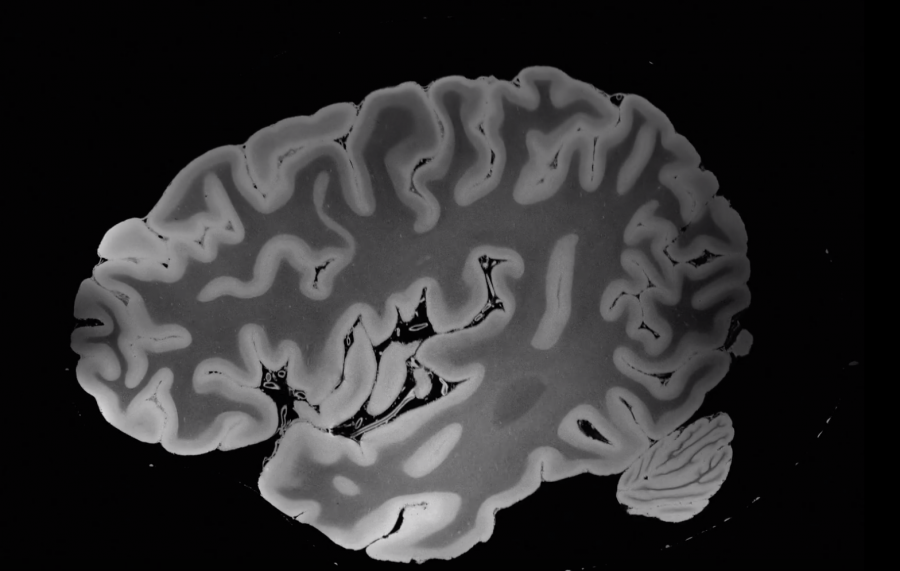 “We envision that this dataset will have a broad range of investigational, educational, and clinical applications that will advance understanding of human brain anatomy in health and disease,” write the team, who are also preparing their research for publication in a peer-reviewed journal. But even non-scientists have expressed their wonder at the unprecedentedly detailed visual journey through the brain offered by not just the video here but the two others from two different angles so far released as well. One hesitates to use, but can’t quite avoid, the term “mind-boggling.” 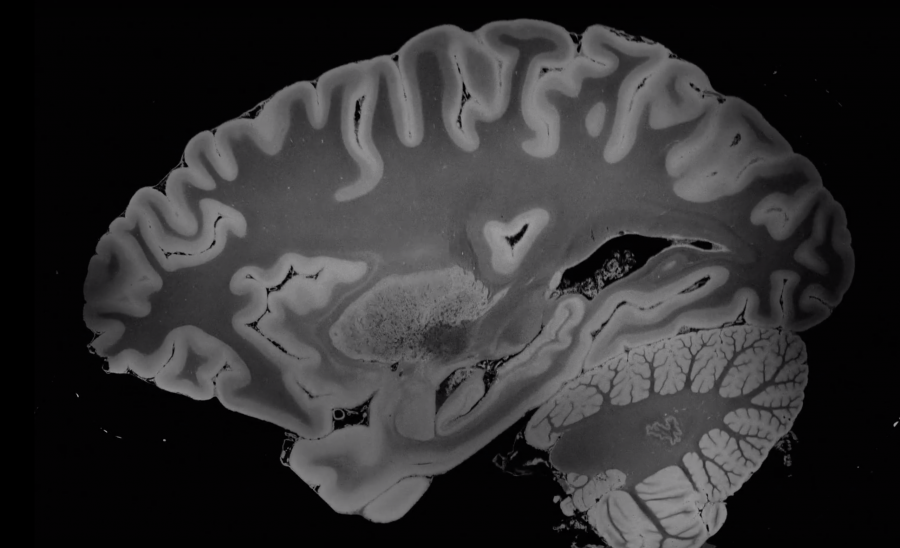 The Science of Singing: New, High-Speed MRI Machine Images Man Singing ‘If I Only Had a Brain’

New LSD Research Provides the First Images of the Brain on Acid, and Hints at Its Potential to Promote Creativity

A Vintage Infographic of the Human Brain: The Wonders Within Your Head (1938)