Tourists began flocking to it in earnest once the railroads expanded in the late 19th century, drawn by visions of sunset beaches, graceful palms, and plump citrus fruit in a warm weather setting.

The fantasy gathered steam in the 1920s when citrus growers began affixing colorful labels to the fruit crates that shipped out over those same railroad lines, seeking to distinguish themselves from the competition with memorable visuals.

These labels offered lovers of grapefruit and oranges who were stuck in colder climes tantalizing glimpses of a dreamy land filled with Spanish Moss and graceful long-legged birds. Words like “golden” and “sunshine” sealed the deal. 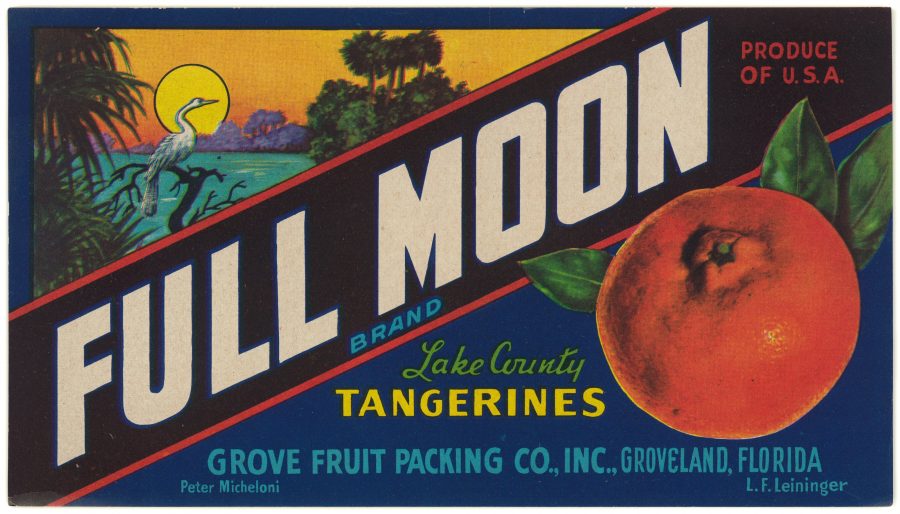 (The reality of citrus picking, then and now, is one of hard labor, usually performed by underpaid, unskilled migrants.)

The State Library of Florida’s Florida Crate Label Collection has amassed more than 600 examples from the 1920s through the 1950s, many of which have been digitized and added to a searchable database.

While the majority of the labels peddle the sunshine state mythos, others pay homage to growers’ family members and pets. 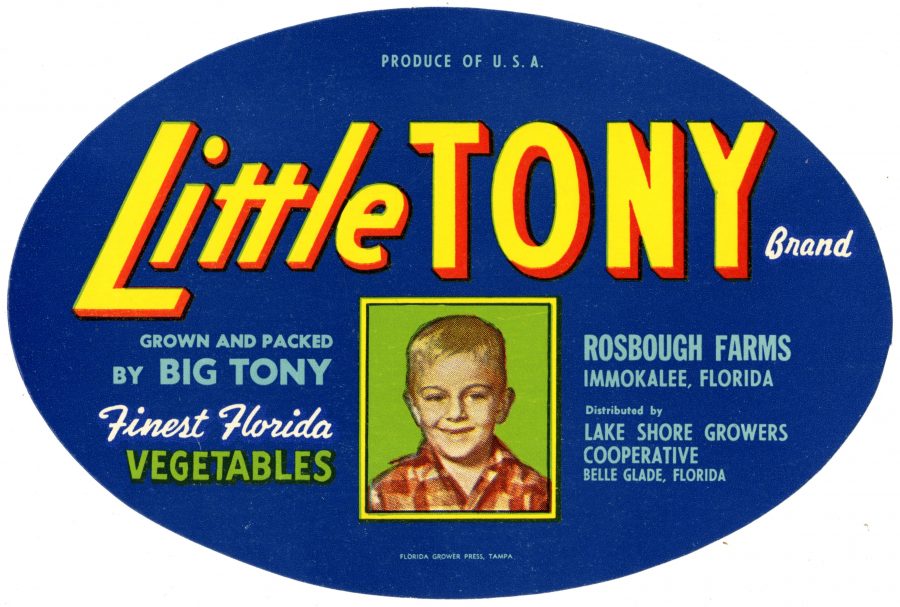 Others like Killarney Luck, Umpire, Sherlock’s Delight, and Watson’s Dream built brand identity by playing on the grove’s name or location, though one does wonder about the models for the deliciously dour Kiss-Me label. Siblings, perhaps? Maybe the Kissimmee Citrus Growers Association disapproved of the PDA their name seems so ripe for.

Native Americans’ prominent representation likely owed as much to the public’s fascination with Westerns as to the state’s tribal heritage, evident in the names of so many locations, like Umatilla and Immokalee, where citrus crops took root.

Meanwhile, Mammy, Aunty, and Dixieland brands relied on a stereotypical representation of African-Americans that had a proven track record with consumers of pancakes and Cream of Wheat. 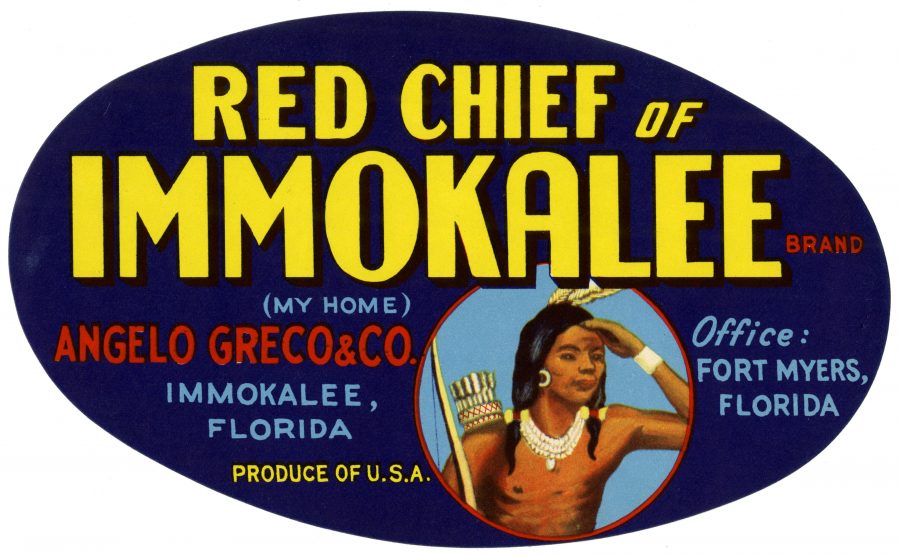 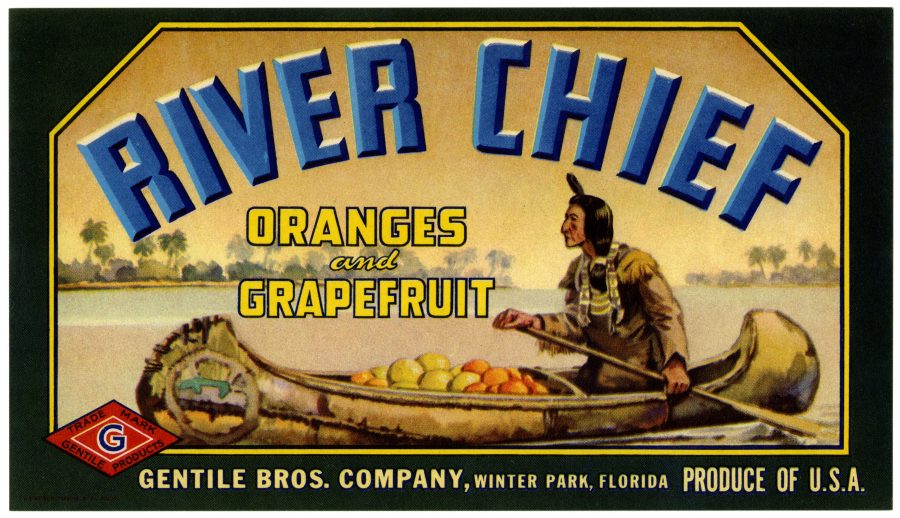 The vibrantly illustrated crate labels were put on hold during World War II, when the bulk of the citrus crop was earmarked for the military.

By the mid-50s, cardboard boxes on which company names and logos could be printed directly had become the industry standard, relegating crate labels to antique stores, swap meets, and flea markets. 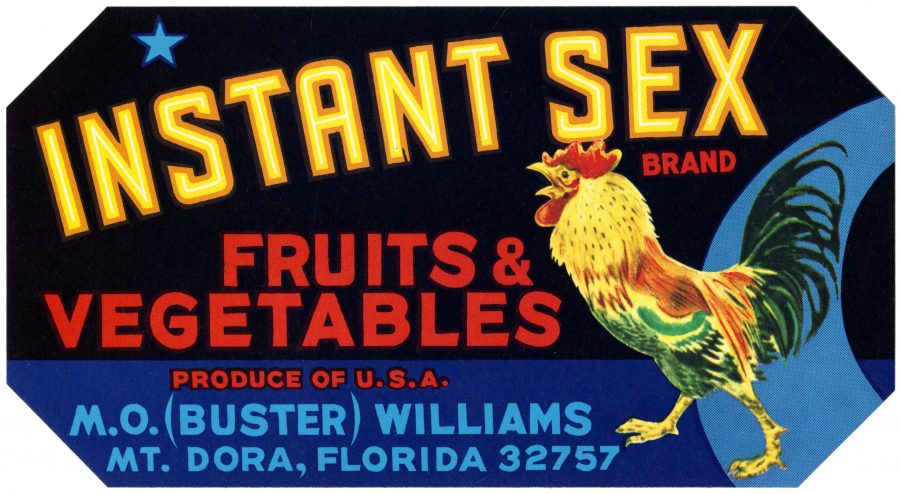 Browse a Collection of Over 83,500 Vintage Sewing Patterns

Ayun Halliday is an author, illustrator, theater maker and Chief Primatologist of the East Village Inky zine.  Join her in NYC on Monday, November 4 when her monthly book-based variety show, Necromancers of the Public Domain celebrates Louise Jordan Miln’s “Wooings and Weddings in Many Climes (1900). Follow her @AyunHalliday.