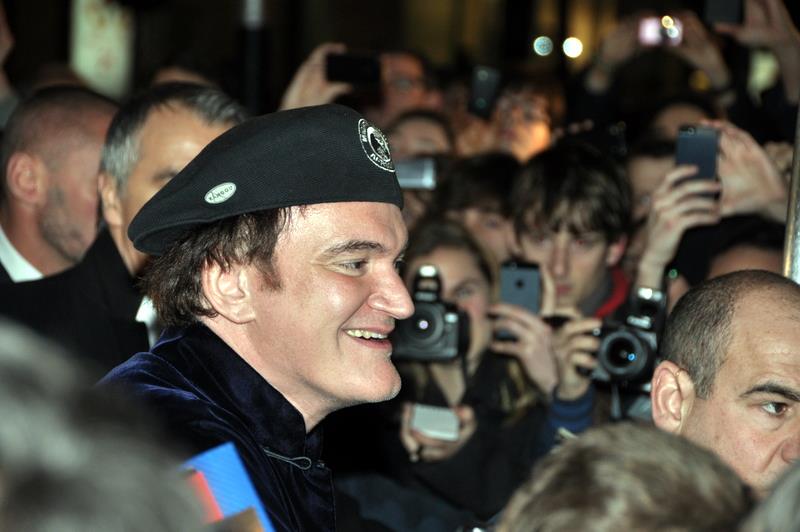 With his first three features Reservoir Dogs, Pulp Fiction, and Jackie Brown, Quentin Tarantino claimed 1990s Los Angeles as his own. Then he struck boldly out into not just new geographical and cultural territories, but other time periods. With his first full-on period piece, 2009’s Inglourious Basterds, he showed audiences just how he intended to use history: twisting it for his own cinematic purposes, of course, but only making his departures after steeping himself in accounts of the time in which he envisioned his story taking place. This naturally involves plenty of reading, and Tarantino recently provided HistoryNet with a few titles that helped him properly situate Inglourious Basterds in the Europe of the Second World War.

Tarantino calls Ian Ousby’s Occupation: The Ordeal of France 1940–1944 “a very good overview that answered all of my questions about life in Nazi-occupied France.” Ulysses Lee’s The Employment of Negro Troops is “the most profound thing I’ve ever read on both the war and racist America of the 1940s, commissioned by the U.S. Army to examine the effectiveness of their employment of black soldiers.” And for Tarantino, who doesn’t just make films but lives and breathes them, understanding Nazi Germany means understanding its cinema, beginning with Eric Rentschler’s Ministry of Illusion: Nazi Cinema and Its Afterlife, “a wonderful critical reexamination of German cinema under Joseph Goebbels” that “goes far beyond the demonizing approach employed by most writers on this subject,” including even excerpts from Goebbels’ diaries.

Rentschler also “dares to make a fair appraisal of Nazi filmmaker Veit Harlan,” who made antisemitic blockbusters as one of Goebbels’ leading propaganda directors. But the work of no Nazi filmmaker had as much of an impact as that of Leni Riefenstahl, two books about whom Tarantino puts on his World War II reading list: Glenn B. Infield’s Leni Riefenstahl: The Fallen Film Goddess, the first he ever read about her, as well as Riefenstahl’s eponymous memoir, which he calls “mesmerizing. Though you can’t believe half of it. That still leaves half to ponder. Her descriptions of normal friendly conversations with Hitler are amazing and ring of truth” — and that praise comes from a filmmaker who made his own name with good dialogue.

In a recent DGA Quarterly conversation with Martin Scorsese, Tarantino revealed that he’s also at work on a book of his own about that era: “I’ve got this character who had been in World War II and he saw a lot of bloodshed there. Now he’s back home, and it’s like the ’50s, and he doesn’t respond to movies anymore. He finds them juvenile after everything that he’s been through. As far as he’s concerned, Hollywood movies are movies. And so then, all of a sudden, he starts hearing about these foreign movies by Kurosawa and Fellini,” thinking “maybe they might have something more than this phony Hollywood stuff.” He soon finds himself drawn inexorably in: “Some of them he likes and some of them he doesn’t like and some of them he doesn’t understand, but he knows he’s seeing something.” This is hardly the kind of premise that leads straight to the kind of violent catharsis in which Tarantino specializes, but then, he’s pulled off more unlikely artistic feats in his time.

How Quentin Tarantino Steals from Other Movies: A Video Essay

How Quentin Tarantino Creates Suspense in His Favorite Scene, the Tension-Filled Opening Moments of Inglourious Basterds