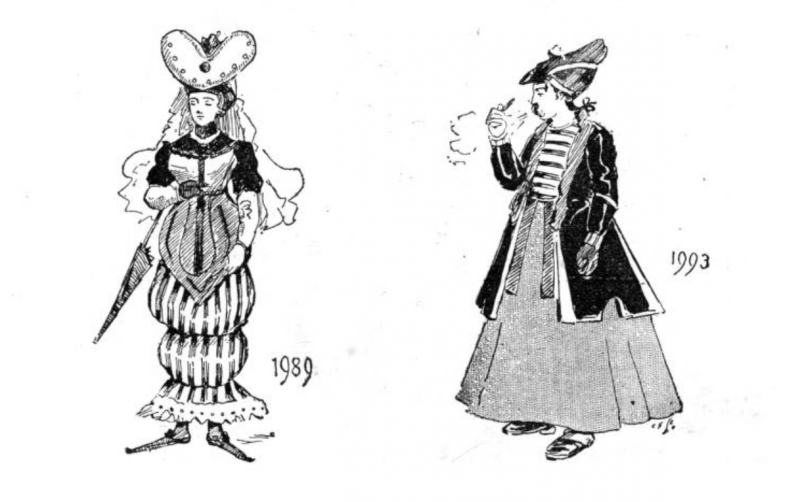 The world of tomorrow, today, has been the promise of so much futurism of the modern industrial age, in times that now seem quaint to us from our digital perches. Today’s self-appointed visionaries can’t seem to imagine life on Earth a hundred years from now. They pour their resources into interplanetary ventures. But even if some contingent of humanity goes on to colonize the solar system and beyond, there will always be a role for fashion, even in the austere environs of deep space.

Still, if predicting the future of humanity is a risky proposition, given the number of unpredictable variables at play, predicting future fashions may be even more fraught with peril. Trends don’t come out of nowhere—they draw, self-consciously or otherwise, from the past. But which pasts end up in the latest season’s collections might be anyone’s guess. Unlike technology, in other words, fashion doesn’t appear to follow any sort of linear trajectory from invention to invention. 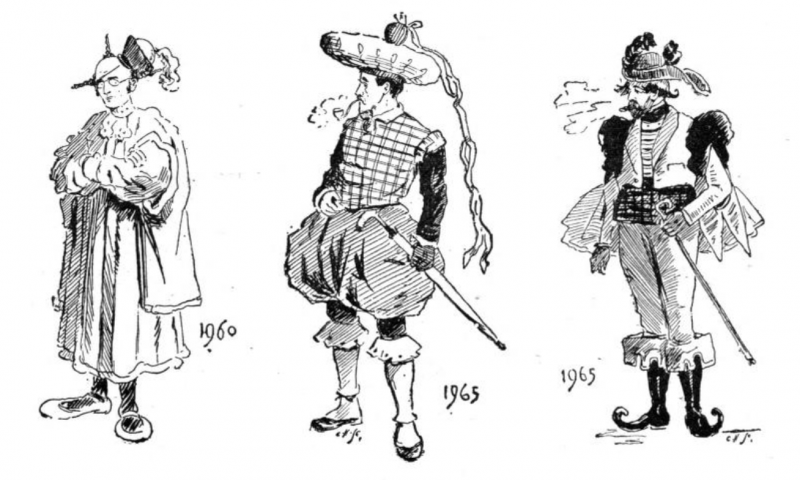 “Fashion,” writes W. Cade-Gall in an 1893 article in the Strand Magazine, “is thought a whim, a sort of shuttlecock for the weak-minded of both sexes to make rise and fall, bound and rebound with the battledore called—social influence.” All of this will be remedied almost fifty years in the future, the author assures their readers. “It will interest a great many people to learn that Fashion assumed the dignity of a science in 1940.” Cade-Gall’s sci-fi satire is not, perhaps, the most serious attempt at predicting future fashions, but it may rank as one of the most amusingly literary.

The article, “Future Dictates Fashion” (read online here and at the Internet Archive) purports to describe the contents of a book, discovered by “an elderly gentleman of our acquaintance,” from one hundred years in the future, or 1993, a time, as you can see in the drawing at the top, in which the 18th century has come roaring back, with what appears to be a tricorner hat perched on what appears to be the head of a man smoking a pipe and wearing an ankle-length skirt. Cade-Gall describes the scientific system of fashion in detail, with each historical period acquiring both a “Type” and a “Tendency.” 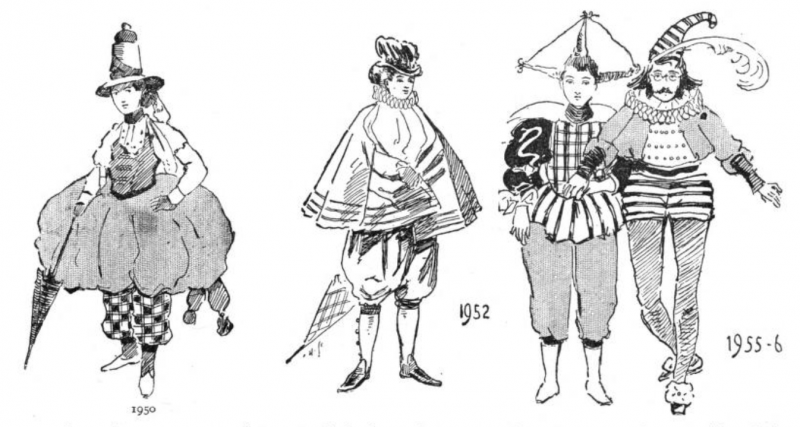 The period between 1915 and 1940, for example, the last one listed in the future fashion history book’s table, is said to be of the type “Hysterical” and the tendency “Angustorial.” Cade-Gall not only invented the word “angustorial” and this clever story within a story (which turns out to be a dream) but also illustrated the fashions of the imagined 20th century, with the conceit that these are printed plates from the future. Readers familiar with the costume designs of the Bauhaus school might see the 1929 illustrations as somewhat uncanny.

Other fashions look like the kind of thing David Bowie might have worn onstage in the early 70s, and some are clearly portmanteaus of different eras and their qualities—from the “bizarre,” “ebullient,” and “hysterical” to the “severe,” “opaque,” and “latorial,” a word, like “angustorial,” that Cade-Gall made up for this occasion. The descriptions of these fashions are as detailed and ridiculous as the illustrations. “Taught by the Darwinian theory” in 1930 we learn, “society discovered whence its tendency to baldness originated. They had recourse by degrees to flexible tiles of extraordinary cut.” 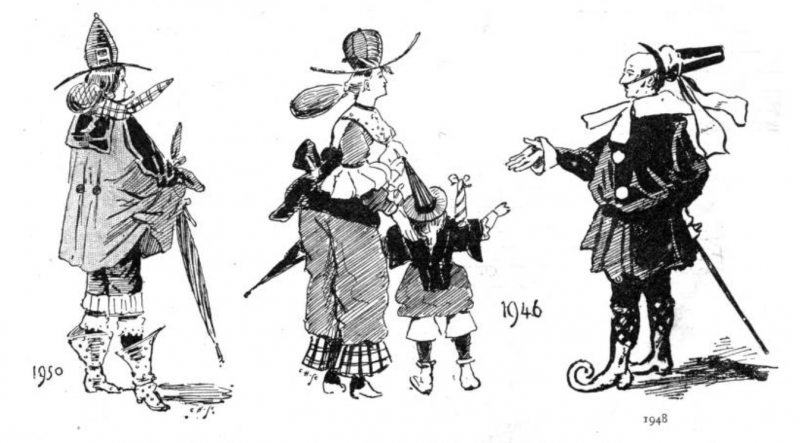 The hairpiece innovation followed some indecision over mens’ pants ten years earlier, which led to a period of knee-breeches. “Trousers, which had been wavering between nautical buttons and gallooned knees—or, in the vernacular of the period, a sail three sheets in the wind—and a flag at half-mast—were the items sacrificed.” It’s all in good fun—more a send-up of the overly-serious meaning attached to clothing than an attempt to look into fashion’s future. But imagining a 20th century dressed the way Cade-Gall imagines it might make us pine for a more ostentatiously (if impractically) dressed past—or a more ebullient and latorial future, whether on Earth or gallooned amongst the stars.