Radiohead remained relevant longer than any of their peers not only because they adapted to technological change but because they’ve just as often been a force behind it, whether musically or otherwise. Yet when it comes to their release strategies, we might call them increasingly conservative–they have embraced one of the oldest traditional features of the internet: the ability to give away free content to huge numbers of people all at once, and to archive that content in freely accessible repositories.

At least since In Rainbows, Radiohead has seen the internet as an opportunity to give away their work or sell it at a low-cost sliding scale, often with profits benefitting charities. Last year, when hackers stole demos from 1997’s OK Computer, Radiohead countered by releasing 18 hours of the material free to stream or buy for a limited time, with all proceeds going to climate action. Then they released every single studio album, including dozens of rarities, live sessions, and more, on YouTube, making everything free to stream for anyone with the bandwidth.

Now, concerned with the integrity of Radiohead collections online, they’ve gone full Internet Archive and started a “public library” (complete with a printable library card). And for any fan of the band—from the most casual to the most terminally dedicated—it’s an experience. “The band has brought nearly the entirety of their catalog to one place,” writes Rob Arcand at Spin, “which doesn’t contain ads and doesn’t use algorithms or obtrusive design gestures that could encourage myopic listening.” Dive in and you never know what you’ll find. 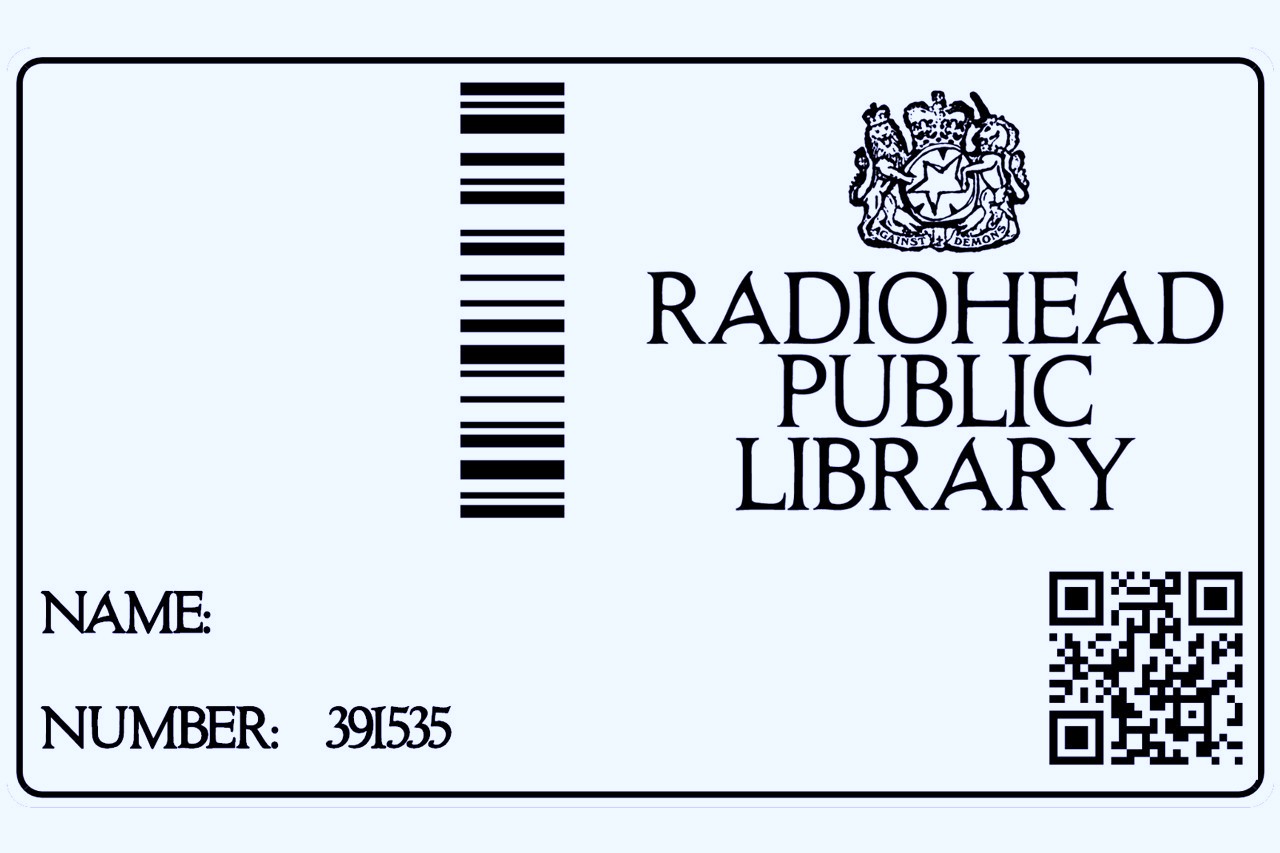 I stumbled upon OK Computer’s “Paranoid Android” and was reminded of how inexplicably weird the video is; crossed paths with 1992’s Drill, the band’s surprising power-pop-punk first EP (hear “Thinking About You” at the top); found a recent live performance of Thom Yorke, Jonny Greenwood, and a drum machine—the two demonstrating with electric guitars and voice why even the band’s most abstract and foreboding songs still have at their heart the delicate melodies that made up the entirety of their achingly earnest second album, The Bends.

Other rarities include the King of Limbs remix EP TKOL RMX 8 (“not to be confused with their King of Limbs remix album TKOL RMX 1234567”) and a 2005 track titled “I Want None of This” made for war relief compilation Help!: A Day in the Life. The “stress” here in this archive “is on ‘Public,’” notes Daniel Kreps at Rolling Stone. “The library is free to enter and audio and video files are accessible even to those without premium streaming services.” Each member of the band served as a “librarian” for the first week of the archive’s existence, curating their favorite selections of material for posting on social media from January 20th to the 24th.

Radiohead Puts Every Official Album on YouTube, Making Them All Free to Stream

The 10 Most Depressing Radiohead Songs According to Data Science: Hear the Songs That Ranked Highest in a Researcher’s “Gloom Index”