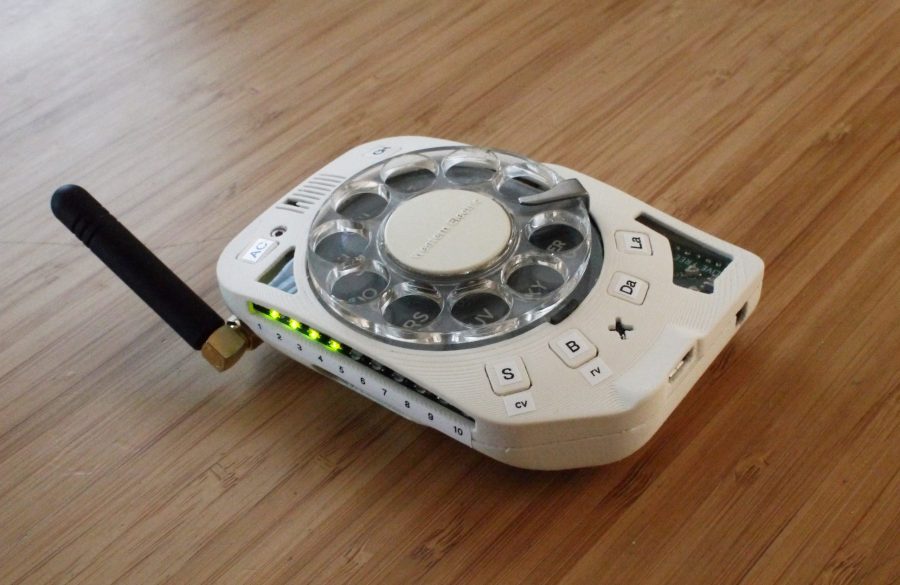 In popular histories of the mobile phone, and of the smartphone in particular, you will rarely see mention of IBM’s 1992 Simon, a smartphone invented before the word “smartphone.” “You could… use the Simon to send and receive emails, faxes, and pages,” writes Business Insider. “There were also a suite of built-in features including a notes collection you could write in [with a stylus], an address book that looked like a file folder, calendar, world clock, and a way to schedule appointments.”

Nifty, eh? But the Simon was born too soon, it seems, and its unsexy design—like a cordless handset with a long, rectangular screen where the number pad would be—proved less than enticing. “IBM did manage to sell approximately 50,000 units,” a pitiful number next to the iPhone’s first year sales of 6.1 million. The Simon was an evolutionary dead end, while the iPhone and its imitators changed the definition of the word “phone.”

No longer is it necessary even to specify that one’s telephone is of the “smart” variety. We can spend all day on our devices without ever making or answering a call. Is this development a good thing? No matter how we ask or answer the question, it may do little to change the course of technological development or our dependence on the touchscreen computers in our pockets.

That is, unless we have the ability to redesign our mobile phone ourselves, as Justine Haupt—a scientist in the Instrumentation Division at the Brookhaven National Laboratory—has done. You’ll find no mention of anything like her rotary cellphone in any history of mobile telecommunications. No one would have seriously considered building such a thing, except as an anachronistic novelty.

But Haupt’s rotary cellphone is not a visual gag or piece of conceptual art. It’s a working device she built, ostensibly, for serious reasons. “In a finicky, annoying, touchscreen world of hyperconnected people using phones they have no control over or understanding of,” she writes, “I wanted something that would be entirely mine, personal, and absolutely tactile, while also giving me an excuse for not texting.”

Haupt’s reasoning calls to mind J.G. Ballard’s comments on the car as “the last machine whose basic technology and function we can all understand.” She lays out the rotary cellphone’s impressive features in the bulleted list below:

I wouldn’t hold my breath for a production run, but “it’s not just a show-and-tell piece,” Haupt insists. “It fits in a pocket; it’s reasonably compact; calling the people I most often call if faster than with my old phone, and the battery lasts almost 24 hours.” For the rest of us, it’s a conversation starter: in less obviously quirky, retro ways, how could we reimagine mobile phones to make them less “smart” (i.e. less distracting and invasive) and more personal and customizable, while also enhancing their core functionality as devices that keep us connected to important people in our lives?