How African-American Explorer Matthew Henson Became the First Person to Reach the North Pole, Then Was Forgotten for Almost 30 Years

The history of exploration is replete with famous names everyone knows, like Robert Peary, the man most often credited with first reaching the North Pole. Those who work alongside the legends—doing the heavy lifting, saving lives, making essential calculations—tend to be forgotten or marginalized almost immediately in the telling of the story, especially when they don’t fit the profile for the kinds of people allowed to make history.

In Peary’s case, it seems that the most important member of his team—his assistant, African American explorer Matthew Henson—may have actually reached the North Pole first, along with four of the team’s Inuit crew members.

Henson and Perry first met in a Washington, DC clothing store where Henson worked. When they struck up a conversation, Peary learned that Henson had fled Maryland “after his parents were targeted by the Ku Klux Klan,” as Messy Nessy writes. He had then signed on as a cabin boy at 12 and sailed around the world, including the Russian Arctic seas, learning to read and write while aboard ship. 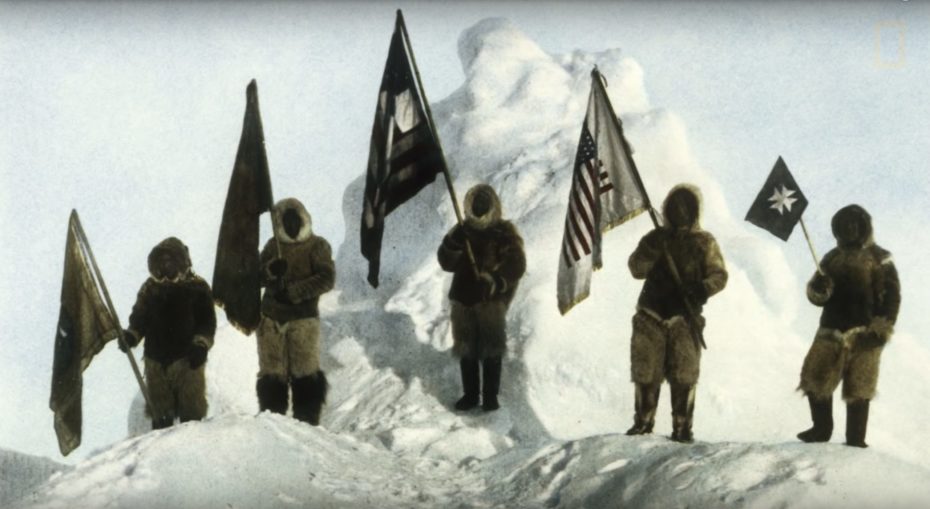 Peary was impressed and “hired him on the spot,” and “from that point forward, Henson went on every expedition Peary embarked on; trekking through the jungles of Nicaragua and, later, covering thousands of miles of ice in dog sleds to the North Pole.” Also on their last expedition were 39 Inuit men, women, and children, including the four Inuit men— Ootah, Egigingwah, Seegloo, and Oogueah—who accompanied Henson and Peary on the final leg of the 1909 journey, Peary and Henson’s eighth attempt.

As the six men neared the pole, Peary “grew more and more weary, suffering from exhaustion and frozen toes, unable to leave their camp, set up five miles” away. Henson and the others “scouted ahead,” and, according to Henson’s account, actually overshot the pole before doubling back. “I could see that my footprints were the first at the spot,” he later wrote.

Peary eventually caught up and “the sled-bound Admiral allegedly trudged up to plant the American flag in the ice—and yet, the only photograph of the historic moment shows a crew of faces that are distinctly not white.” Either Peary took the photograph as a “way of honoring the crew” or he wasn’t there at all when it was taken. The former doesn’t seem likely given Peary’s eagerness to claim full credit for the feat.

Peary accepted the sole honor from the National Geographic Society and an award from Congress in 1911, while Henson’s “contributions were largely ignored” at the time and “he returned to a very normal life” in relative obscurity, working as a U.S. Customs clerk for 23 years, unable to marshal the resources for further expeditions once Peary retired.

In his writings, Peary characterized Henson according to his usefulness: “This position I have given him primarily because of his adaptability and fitness for the work and secondly on account of his loyalty. He is a better dog driver and can handle a sledge better than any man living, except some of the best Eskimo hunters themselves.” The passage is reminiscent of Lewis and Clark’s descriptions of Sacagawea, who never emerges as a full person with her own motivations. 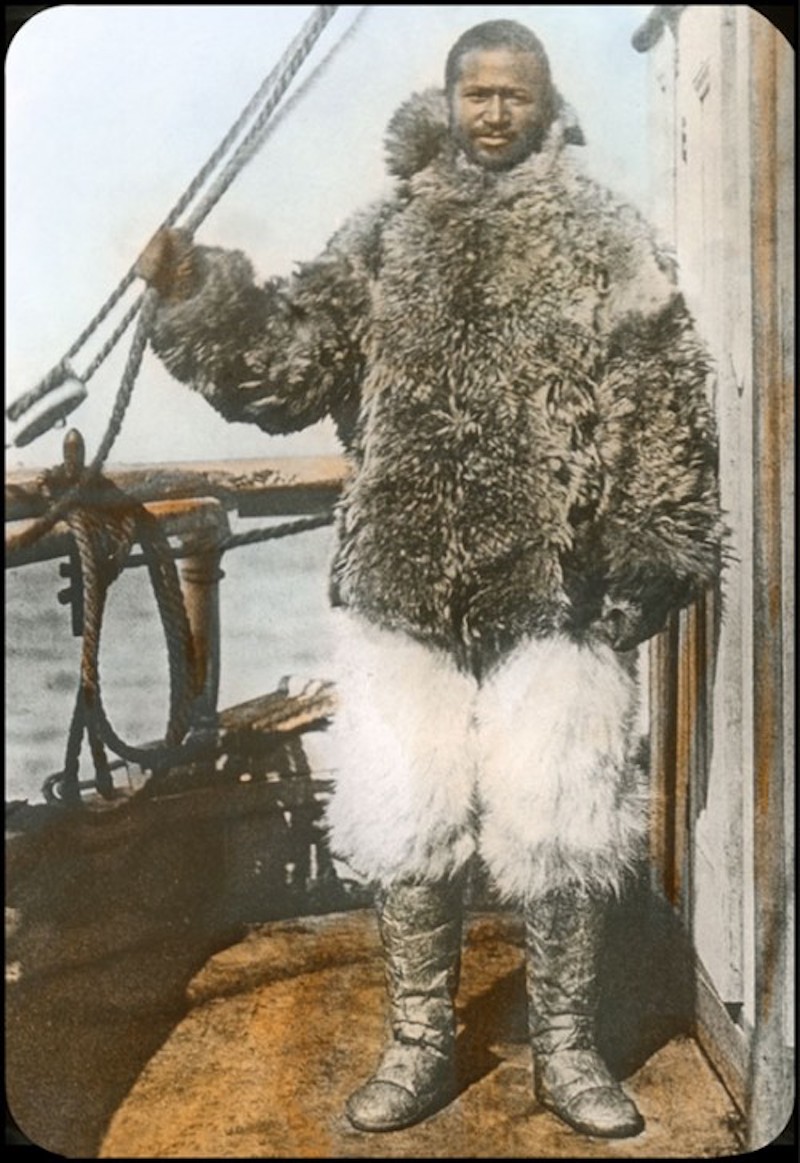 Sadly, in his 1912 account, A Negro Explorer at the North Pole, it seems that Henson internalized the racism that confined him to second-class status. “Another world’s accomplishment was done and finished,” he writes, passively eliding the doer of the deed. He then invokes a trope that appears over and over, from Shakespeare’s Tempest to Defoe’s Robinson Crusoe: “From the beginning of history, wherever the world’s work was done by a white man, he had been accompanied by a colored man. From the building of the pyramids and the journey to the cross, to the discovery of the new world and the discovery of the North Pole.”

The kind of history Henson had learned is obvious—a whitewashing on a world-historical scale. It would take almost 30 years for him to finally receive recognition, though he lived to become the first black member of The Explorers Club in 1937 and “with some irony,” Messy Nessy writes, he “was awarded the Peary Polar Expedition Medal” in 1944. Since then, his name has usually been mentioned with Peary’s in histories of the expedition, but rarely as the first person to reach the pole. Watch two short profiles of Henson’s accomplishments above, and see many more photos from the expedition at Messy Nessy.

African American History-Emancipation to the Present: A Free Course from Yale University