People love stories of successful criminals. They must possess some admirable qualities, we assume, some great daring or cunning or keen insight. Myths supplant reality, and we forget about the networks of enablers that help ruthless but not especially bright people succeed. But successful art forgers present us with another case entirely. “Forgers, by nature, prefer anonymity,” notes the site Essential Vermeer 3.0, “and therefore are rarely remembered.” Yet the evidence of their mastery lies incontrovertibly before us, fooling collectors, curators, and even art historians. Fakes, may be “the great art of our age.”

Or so claims the subtitle of 2013 book Forged, in which philosopher and conceptual artist Jonathon Keats surveys the careers of six notorious forgers, including Dutch artist Han van Meegeren, who “tricked the world—and the Nazis—with his counterfeit Vermeer paintings,” the TED-Ed lesson above tells us.

Van Meegeren’s biography seems almost scripted. Having failed to interest critics in his work as a young man, he became embittered and decided to revenge himself upon the art world with fakes. His choice of Vermeer was “ambitious” to say the least, given the Baroque painter’s reputation for a unique technical brilliance. 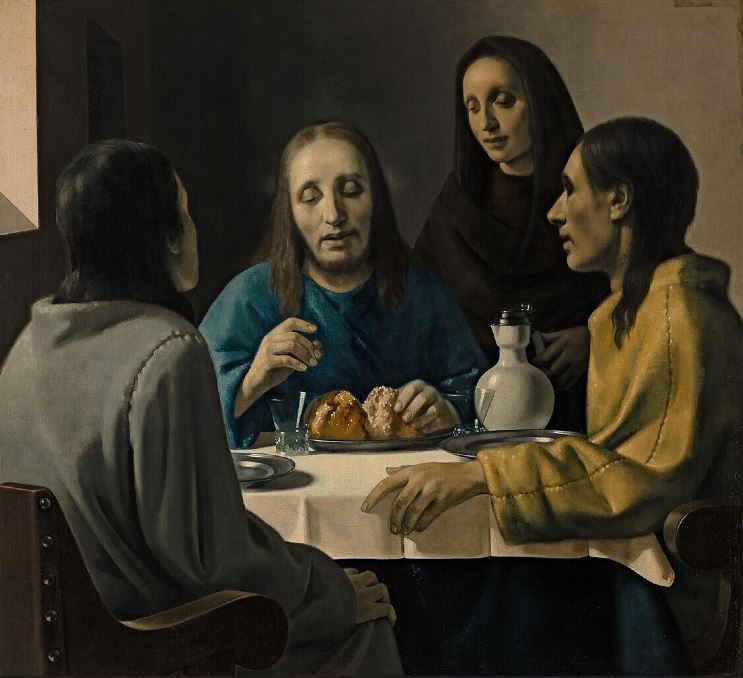 He worked for six years to re-create Vermeer’s materials and techniques and perfect an aging process for his canvases. The forensic science that would today detect such methods was not sufficiently advanced at the time. Yet “even today,” the lesson notes, authenticity is a matter of the “subjective judgment of specialists.” Van Meegeren used such dependence on authority against the experts by creating a work he knew would fill in a historical gap, an early religious period of Vermeer’s from which no works survived; also, conveniently, a period when the artist’s talents were less developed.

“In 1937,” Essential Vermeer writes, “Abraham Bredius… one of the most authoritative art historians,” who had “dedicated a great part of his life to the study of Vermeer” pronounced van Meegeren’s fake Vermeer, Christ and the Disciples at Emmaus (detail above), “a hitherto unknown painting by a great master, untouched, on the original canvas, and without any restoration, just as it left the painter’s studio.” His praise was so effusive it allowed no room for doubt. This was “the masterpiece of Johannes Vermeer of Delft… every inch a Vermeer.”

Van Meegeren counterfeited works by several other Dutch masters and “was so good,” says the narrator of a Sotheby’s profile, above, “that he duped art experts, museums, and even Hitler’s right-hand man Hermann Göring.” And here, the usual admiration for art forgers—who can seem like heroic tricksters next to their greedy, overconfident marks—takes a patriotic turn. Tried for collaboration, the forger argued he was in fact a national hero for trading another counterfeit Vermeer, Christ with the Woman Taken in Adultery (below), to Göring for 200 works of looted Dutch art. 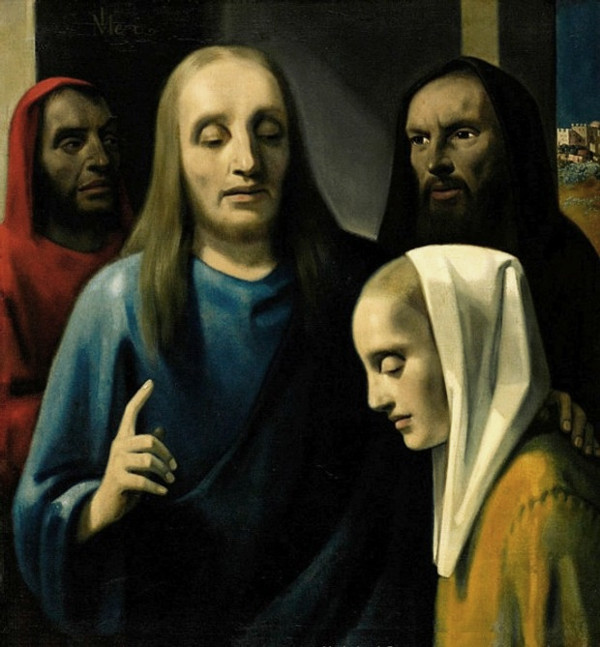 Van Meegeren’s defense depended on him convincing the court that he had made the painting. This took some doing. He had even forgone using models so there would be no witnesses. As Sotheby’s Director of Scientific Research James Martin and art historian Jonathan Lopez show us, van Meegeren’s work really was that convincing, its flaws nearly undetectable. He did serve two years for forgery and fraud, but in the end achieved his early desire for artistic fame and his later wish to be regarded as an outlaw hero. Perhaps more than most art world forgers, he is deserving of both reputations.

Anatomy of a Fake: Forgery Experts Reveal 5 Ways To Spot a Fake Painting by Jackson Pollock (or Any Other Artist)

How a Book Thief Forged a Rare Edition of Galileo’s Scientific Work, and Almost Pulled it Off