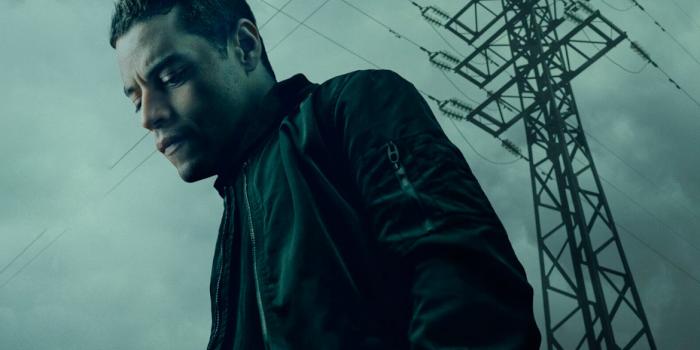 At my home now, we constantly tell stories: to distract, soothe, entertain—telling and retelling, collaboratively authoring over meals, listening to a ton of story podcasts. These activities took up a good part of the day before all hell broke loose and schools shut down. Now they guide us from morning to night as we try to imagine other worlds, better worlds, than the one we’re living in at present. We are painting on the walls of our cave, so to speak, with brave and fearful images, while outside, confusion sets in.

Lest anyone think this is kid stuff, it most assuredly is not. Narrative coherence seems particularly important for healthy human functioning. We may grow to appreciate greater levels of complexity and moral ambiguity, it’s true. But the desire to experience reality as something with arcs, rather than erratic and disturbing non-sequiturs, remains strong. Experimental fiction proves so unsettling because it defies acceptable notions of cause and consequence.

From the tales told by plague-displaced aristocrats in Boccaccio’s Decameron to the radio dramas that entertained families sheltering in place during the Blitz to our own podcast-saturated coronavirus media landscape…. Stories told well and often have a healing effect on the distressed psyches of those trapped in world-historical dramas. “While stories might not protect you from a virus,” writes Andre Spicer at New Statesman, “they can protect you from the ill feelings which epidemics generate.”

In addition to advice offered throughout history—by many of Boccaccio’s contemporaries, for example, who urged story and song to lift plague-weary spirits—“dozens of studies” by psychologists have shown “the impact storytelling has on our health.” Telling and hearing stories gives us language we may lack to describe experience. We can communicate and analyze painful emotions through metaphors and characterization, rather than too-personal confession. We can experience a sense of kinship with those who have felt similarly.

Perhaps this last function is most important in the midst of catastrophes that isolate people from each other. As reality refuses to conform to a sense of appropriate scope, as cartoonish villains destroy all proportion and probability, empathy fatigue can start to set in. Through the art of storytelling, we might learn we don’t have to share other people’s backgrounds, beliefs, and interests to understand their motivations and care about what happens to them.

We can also learn to start small, with just a few people, instead of the whole world. Short fiction brings unthinkable abstractions—the death tolls in wars and plagues—to a manageable emotional scale. Rather than showing us how we might defeat, avoid, or escape invisible antagonists like viral pandemics, stories illustrate how people can behave well or badly in extreme, inhuman circumstances.

Below, find a series of audio dramas, both fiction and non, in podcast form—many featuring celebrity voices, including Rami Malek, Catherine Keener, Tim Robbins & more—to help you in your journey through our narratively exhausting times. Parents and caregivers likely already find themselves immersed in stories much of the day. Yet adults, whether they’re raising kids or not, need storytime too—maybe especially when the stories we believed about the world stop making sense.

Alice Isn’t Dead – Apple – Spotify – Google – Web Site – A truck driver searches across America for the wife she had long assumed was dead. In the course of her search, she will encounter not-quite-human serial murderers, towns literally lost in time, and a conspiracy that goes way beyond one missing woman.

LifeAfter/The Message – Apple – Spotify – Google – The Message and its sequel, LifeAfter, take listeners on journeys to the limits of technology. n The Message, an alien transmission from decades ago becomes an urgent puzzle with life or death consequences. In LifeAfter, Ross, a low level employee at the FBI, spends his days conversing online with his wife Charlie – who died eight months ago. But the technology behind this digital resurrection leads Ross down a dangerous path that threatens his job, his own life, and maybe even the world. Winner of the Cannes Gold Lion.

Limetown – Apple – Spotify – Google – Web Site – The premise: Ten years ago, over three hundred men, women and children disappeared from a small town in Tennessee, never to be heard from again. In this podcast, American Public Radio reporter Lia Haddock asks the question once more, “What happened to the people of Limetown?”

Motherhacker – Apple – Spotify – Google – Web Site – The plot: Bridget’s life is a series of dropped calls. With a gift for gab, an ex-husband in rehab, and down to her last dollar, Bridget’s life takes a desperate turn when she starts vishing over the phone for a shady identity theft ring in order to support her family.

Passenger List – Apple – Spotify – Google – Web Site – Atlantic Flight 702 has disappeared mid-flight between London and New York with 256 passengers on board. Kaitlin Le (Kelly Marie Tran), a college student whose twin brother vanished with the flight, is determined to uncover the truth.

Sandra – Apple – Spotify – Web Site – Co-stars Kristen Wiig, Alia Shawkat, and Ethan Hawke. Here’s the plot: Helen’s always dreamed of ditching her hometown, so when she lands a job at the company that makes Sandra, everyone’s favorite A.I., she figures it’s the next-best thing. But working behind the curtain isn’t quite the escape from reality that Helen expected.

The Bright Sessions – Apple – Spotify – Google – Web Site – A science fiction podcast that follows a group of therapy patients. But these are not your typical patients – each has a unique supernatural ability. The show documents their struggles and discoveries as well as the motivations of their mysterious therapist, Dr. Bright.

The Truth – Apple – Spotify – Google – Web Site – The Truth makes movies for your ears. They’re short stories that are sometimes dark, sometimes funny, and always intriguing. Every story is different, but they all take you to unexpected places using only sound. If you’re new, some good starting places are: Silvia’s Blood, That’s Democracy, Moon Graffiti, Tape Delay, or whatever’s most recent. Listening with headphones is encouraged!

The Walk – Apple – Spotify – “Dystopian thriller, The Walk, is a tale of mistaken identity, terrorism, and a life-or-death mission to walk across Scotland. But the format of this story is — unusual. The Walk is an immersive fiction podcast, and the creators want you to listen to it while walking. It begins with a terrorist attack at a train station; you are the protagonist, known only as Walker, and the police think you’re a member of a shadowy terror group called The Burn.” “Author Naomi Alderman, whose latest novel was a bestseller called The Power, is the creator of The Walk.”

These podcasts can be found in the new collection, The 150 Best Podcasts to Enrich Your Mind.

Pandemic Literature: A Meta-List of the Books You Should Read in Coronavirus Quarantine

How Can Boccaccio’s 14th Century Decameron Help Us Live Through COVID-19?