Dr. Fauci Reads an Undergrad’s Entire Thesis, Then Follows Up with an Encouraging Letter 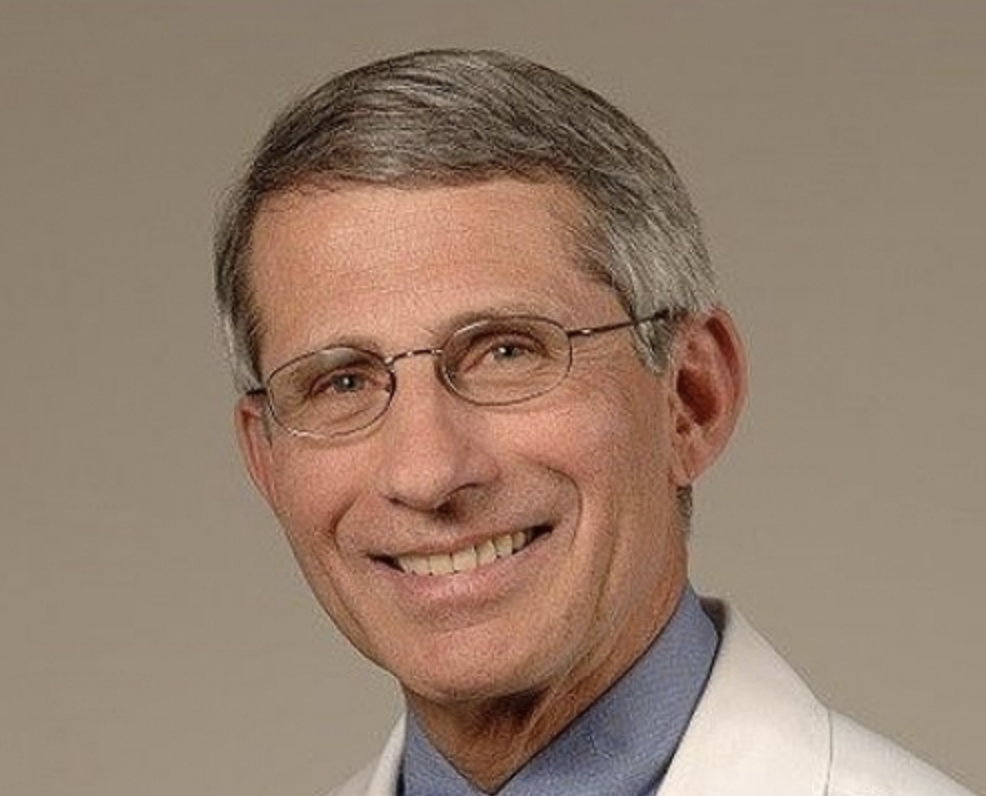 Photo via the National Institute of Allergy and Infectious Diseases

What are some qualities to look for in a leader?

They’re also on display in his message to then-undergrad Luke Messac, now an emergency medicine resident at Brown University, whose research focuses on the histories of health policy in southern Africa and the US, and who recently tweeted:

13 years ago, I emailed Dr. Fauci out of the blue to ask if I might interview him for my undergrad thesis. He invited me to his office, where he answered all my questions. When I sent him the thesis, HE READ THE WHOLE THING (see his overly effusive review below). Who does that?!

Here’s what Fauci had to say to the young scientist: 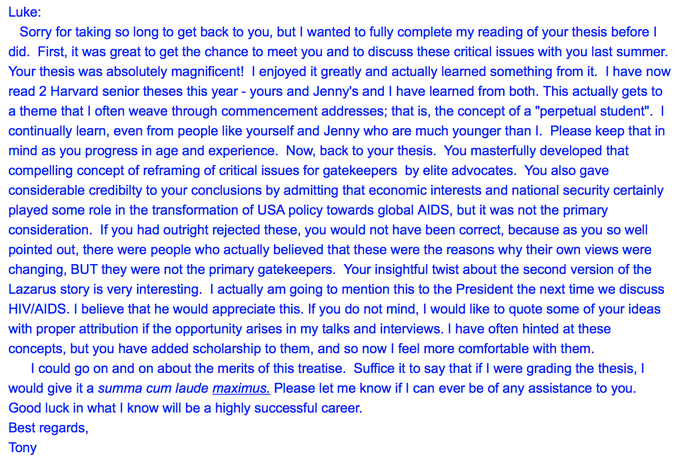 It certainly reads like the work of a class act.

In addition to serving as one of the COVID-19 pandemic’s most recognizable faces, Dr. Fauci has acquired another duty—that of scapegoat for Donald Trump, the 6th president he has answered to in his long career.

He seems to be taking the administration’s potshots with a characteristically cool head, though compared to the furious criticisms AIDS activists directed his way in the 80s and 90s, he’s unlikely to find much of educational value in them.

Last March, The Body Pro, a newsletter for workers on the front lines of HIV education, prevention, care, and services quoted ACT UP NY’s Jim Eigo on the doctor’s response to a letter demanding parallel tracking, a policy revision that would put potentially life-saving drugs in the hands of those who tested positive far earlier than the existing clinical trial requirements’ schedule would have allowed:

Lo and behold, he read the letter and liked it, and the following year he started promoting the idea of a parallel track for AIDS drugs to the FDA. Had he not helped us push that through, we couldn’t have gotten a lot of the cousin drugs to AZT, such as ddC and ddI, approved so fast. They were problematic drugs, but without them, we couldn’t have kept so many people alive.

Fauci, despite being straight and Catholic, was not only not homophobic, which much of medical practice still was in the late 1980s, he also wouldn’t tolerate homophobia among his colleagues. He knew there was no place for that in a public-health crisis.

Speaking of correspondence, Dr Messac seems to have taken the “perpetual student” concept Dr. Fauci impressed upon him back in 2007 to heart, as evidenced by a recent tweet, regarding a lesson gleaned from Arnold Schwarzenegger in Pumping Iron, a 1977 documentary about bodybuilders:

Schwarzenegger explained how he would figure out what to work out every day by looking in a mirror and finding his weakest muscles. It’s pretty good advice for studying during residency. Every shift reveals a weakness, and greats never stop looking for their own.

In writing to Messac, Dr. Fauci alluded to his commencement speeches, so we thought it appropriate to leave you with one of his most recent ones, a virtual address to the graduating class of his alma mater, College of the Holy Cross:

“Now is the time, if ever there was one” he tells the Class of 2020, “to care selflessly about one another… Stay safe, and I look forward to the good work you will contribute in the years ahead.”

Real Women Talk About Their Careers in Science

Richard Feynman’s Technique for Learning Something New: An Animated Introduction