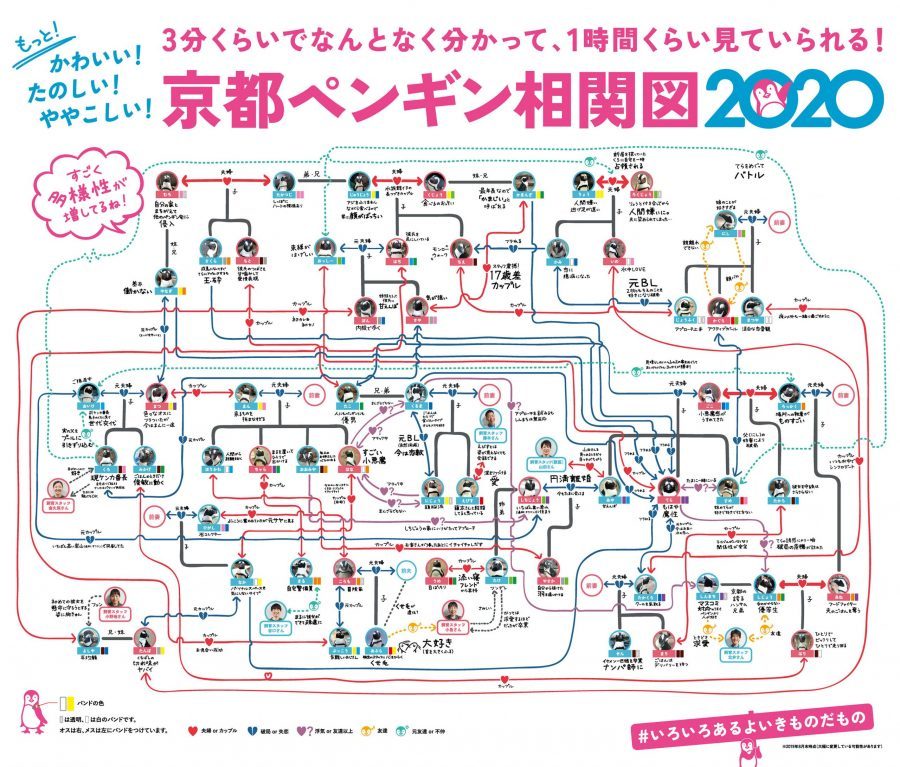 In recent years, viewers the world over have been binge-watching a Japanese reality show called Terrace House. The New Yorker‘s Troy Patterson describes its format thus: “Three men and three women move into an elegant pad for a spell, while otherwise conducting their lives as usual. The members of the cast are above average in their camera-readiness and their civility, and in no other discernible way.” Fueled not by the self-promotional showboating and ginned-up resentment that have become conventions of Terrace House‘s Western predecessors, “the show’s slow-burning action is sparked by the honest friction of minor personality flaws and conflicting personal needs,” making it “closer to a nature documentary than to the exploitation films that one has come to expect from reality television.” 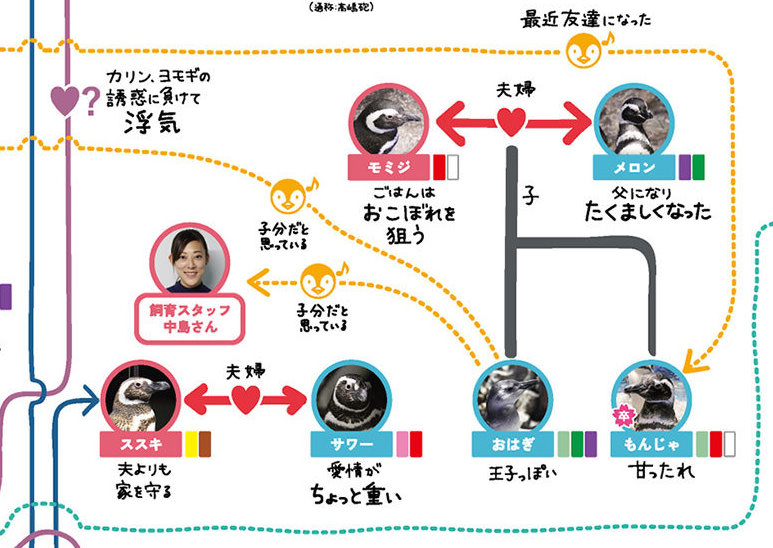 If viewing human beings the way we’re used to viewing nature can give us such satisfaction, how about viewing nature the way we’re used to viewing human beings? Japan, as Johnny Waldman reports at Spoon and Tamago, has led the way in both reversals: “Two aquariums in Japan, Kyoto Aquarium and Sumida Aquarium, keep obsessive tabs on their penguins and maintain an updated flowchart that visualizes all their penguin drama.”

Waldman quotes Japan-based researcher Oliver Jia as tweeting the fact that “Penguin drama actually isn’t totally unexpected. They’re known to be vicious animals who cheat on their partners and steal other’s children. So basically, your average day in Los Angeles” — the cradle, one might add, of the reality-TV industry. 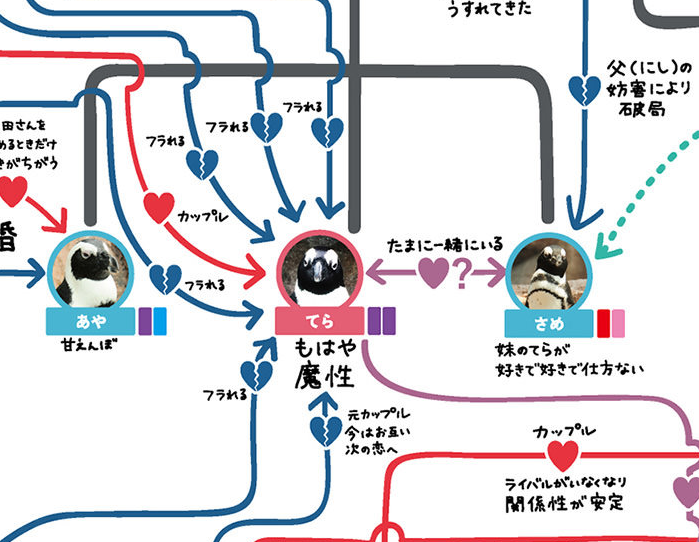 Though the lives of penguins may, in the eyes of the aquarium-visiting layman, appear to consist entirely of swimming, eating fish, and standing around, the animals’ “romantic escapades are fairly easy to observe,” at least according to Waldman’s translation of the penguin caretakers at the Sumida Aquarium. “Wing-flapping is a sign of affection and couples can be seen grooming each other. Penguins who are getting over a break-up will often refuse to eat.” This is the kind of observational data that inform the intensively detailed (and cuteness-optimized) penguin-relationship diagrams seen here, high-resolution versions of which you can download from the Kyoto Aquarium and Sumida Aquarium‘s web sites. Now that Terrace House has come to an end, perhaps the time has come on Japanese reality television for a bit of non-human drama.