The Pentagon Created a Plan to Defend the US Against a Zombie Apocalypse: Read It Online 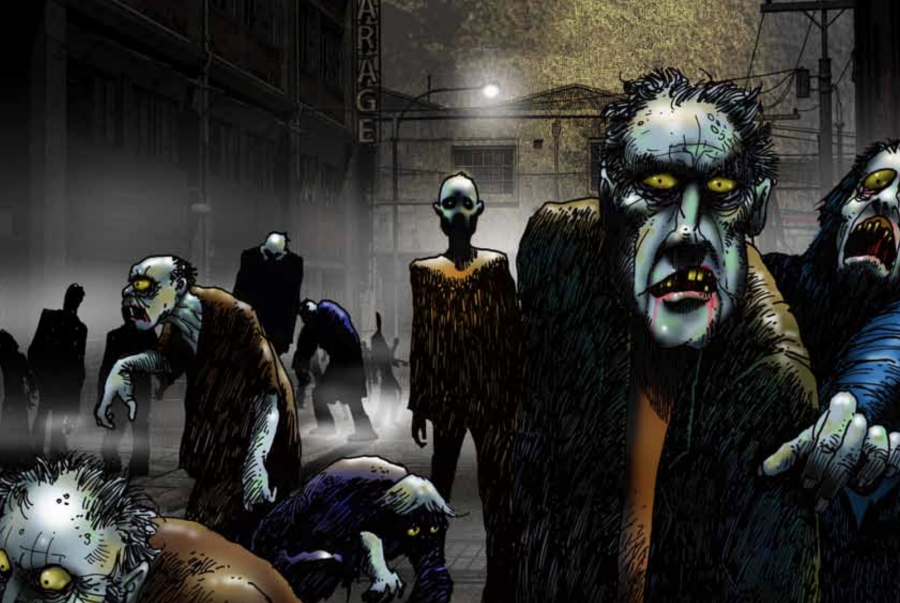 For keen observers of pop culture, the floodtide of zombie films and television series over the past several years has seemed like an especially ominous development. As social unrest spreads and increasing numbers of people are uprooted from their homes by war, climate catastrophe, and, now, COVID-related eviction, one wonders how advisable it might have been to prime the public with so many scenarios in which heroes must fight off hordes of infectious disease carriers? Zombie movies seem intent, after all, on turning not only the dead but also other living humans into objects of terror.

Zombies themselves have a complicated history; like many New World monsters, their origins are tied to slavery and colonialism. The first zombies were not flesh-eating cannibals; they were people robbed of freedom and agency by Voodoo priests, at least in legends that emerged during the brutal twenty-year American occupation of Haiti in the early 20th century. The first feature-length Hollywood zombie film, 1932’s White Zombie, was based on occultist and explorer William Seabrook’s 1929 book The Magic Island and starred Bela Lugosi as a Haitian Voodoo master named “Murder,” who enslaves the heroine and turns her into an instrument of his will.

Subtle the film is not, but no zombie film ever warranted that adjective. Zombie entertainment induces maximum fear of a relentless Other, detached, after White Zombie, from its Haitian context, so that the undead horde can stand in for any kind of invasion. The genre’s history may go some way toward explaining why the U.S. government has an official zombie preparedness plan, called CONOP 8888. The document was written in April 2011 by junior military officers at the U.S. Strategic Command (USSTRATCOM), as a training exercise to formulate a nonspecific invasion contingency plan.

Despite the use of a “fictitious scenario,” CONOP 8888 explicitly states that it “was not actually designed as a joke.” And “indeed, it’s not,” All that’s Interesting assures us, quoting the following from the plan’s introduction:

Zombies are horribly dangerous to all human life and zombie infections have the potential to seriously undermine national security and economic activities that sustain our way of life. Therefore having a population that is not composed of zombies or at risk from their malign influence is vital to U.S. and Allied National Interests.

Substitute “zombies” with any outgroup and the verbiage sounds alarmingly like the rhetoric of state terror. The plan, as you might expect, details a martial law scenario, noting that “U.S. and international law regulate military operations only insofar as human and animal life are concerned. There are almost no restrictions on hostile actions… against pathogenic life forms, organic-robotic entities, or ‘traditional’ zombies,’” whatever that means.

This all seems deadly serious, until we get to the reports’ subsections, which detail scenarios such as “Evil Magic Zombies (EMZ),” “Space Zombies (SZ),” “Vegetarian Zombies (VZ),” and “Chicken Zombies (CZ)” (in fact, “the only proven class of zombie that actually exists”). It’s fascinating to see a military document absorb the many comic permutations of the genre, from George Romero’s subversive satires to Pride and Prejudice and Zombies. No matter how funny zombies are, however, the genre seems to require horrific violence, gore, and siege-like survivalism as key thematic elements. 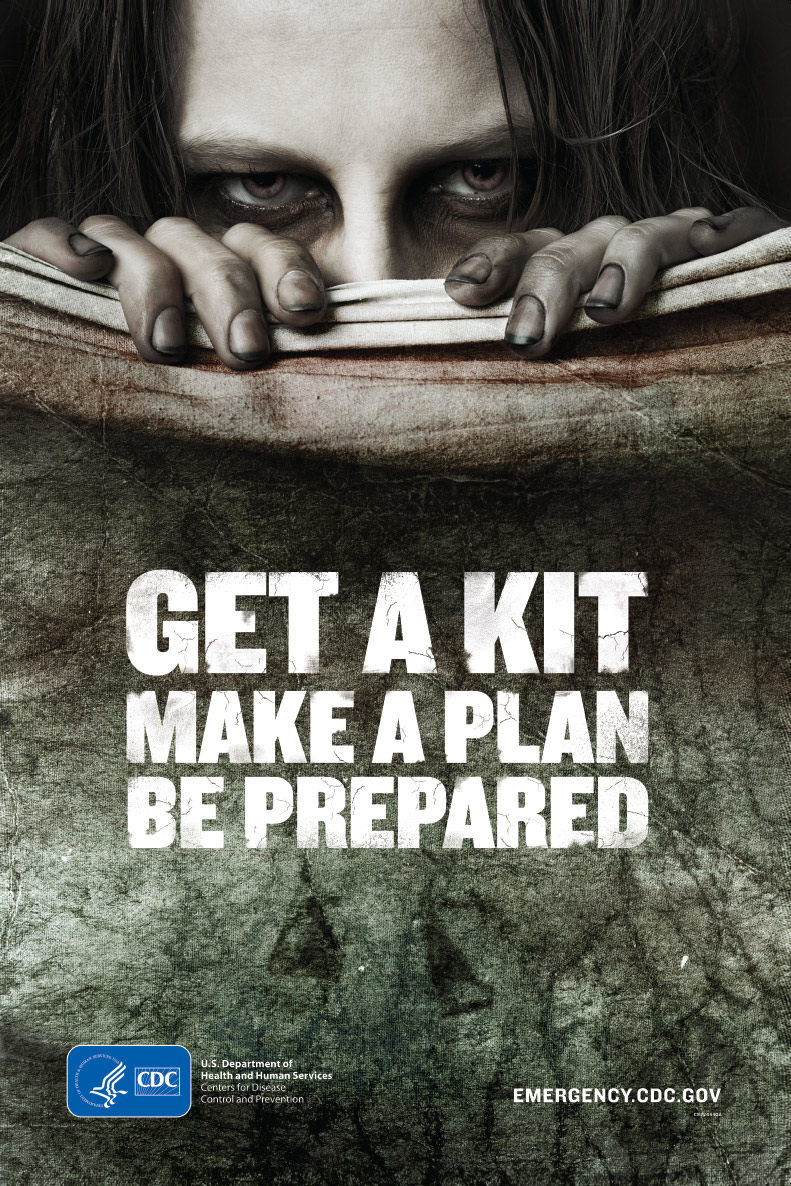 Tufts University professor Daniel W. Drezner, author of Theories of International Politics and Zombies, has read the Pentagon’s zombie plan closely and discovered some serious problems (and not only with its zombie classification system). While the plan assumes the necessity of “barricaded counter-zombie operations,” it also admits that “USSTRATCOM forces do not currently hold enough contingency stores (food, water) to support” such operations for even 30 days. “So… maybe 28 days later,” Drezner quips, supplies run out? (We’ve all seen what happens next….) Also, alarmingly, the plan is “trigger-happy about nuclear weapons,” adding the possibility of radiation poisoning to the likelihood of starving (or being eaten by the starving).

It turns out, then, that just as in so many modern zombie stories, the zombies may not actually be the worst thing about a zombie apocalypse. Not to be outdone, the CDC decided to capitalize on the zombie craze—rather late, we must say—releasing their own materials for a zombie pandemic online in 2018. These include entertaining blogs, a poster (above), and a graphic novel full of useful disaster preparedness tips for ordinary citizens. The campaign might be judged in poor taste in the COVID era, but the agency assures us, in the event of a zombie apocalypse, “Never Fear—CDC is Ready.” I leave it to you, dear reader, to decide how comforting this promise sounds in 2020.

Where Zombies Come From: A Video Essay on the Origin of the Horrifying, Satirical Monsters

How to Survive the Coming Zombie Apocalypse: An Online Course by Michigan State