Since the mid-20th century heyday of Sony transistor radios, the world has associated Japan with high technology. But between the mid-17th and mid-19th century, the world could barely associate Japan with anything at all. The isolationist policy of sakoku, or “closed country,” kept the Land of the Rising Sun virtually free of outside influence — especially Western religious and colonial influence — until, in 1853, the American Navy commodore Matthew Perry rolled up in his “Black Ships” and demanded an opening of its ports. Thereafter, according to the Vox Darkroom video above, “foreigners coming to Japan brought their clothes, their culture, and their cameras.” 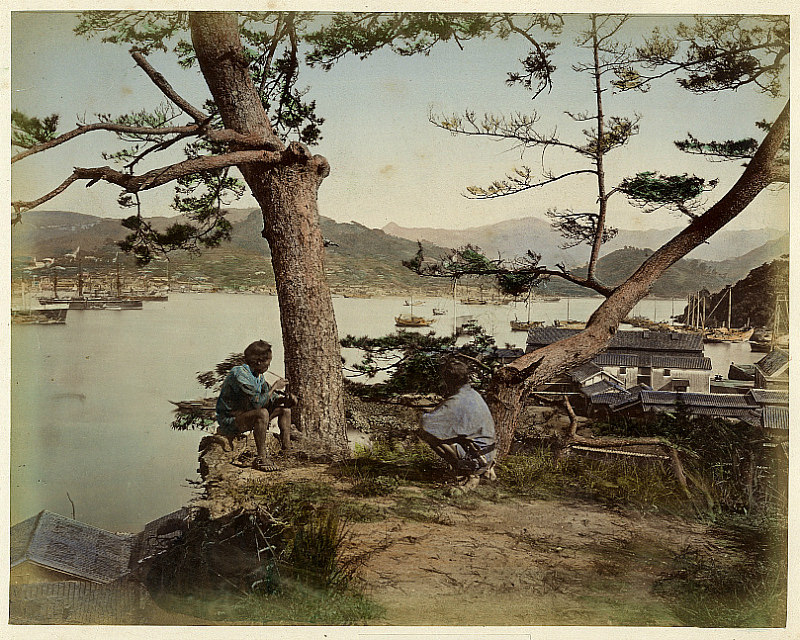 The cameras in particular made it possible for everyone around the world to finally get a glimpse of this mysterious island nation they’d previously known only in their imagination. Photography, itself an excitingly new technology at the time, rapidly boomed in the newly opened Japan as an industry.

“Photographers — mostly European, but some Japanese — documented Japan’s landscape and people, creating collectible and highly prized images of Japanese culture,” first in black-and-white and subsequently with early colorization methods. Then, as would happen over and over again in subsequent decades, Western technology and Japanese craftsmanship united to take it to the next level. 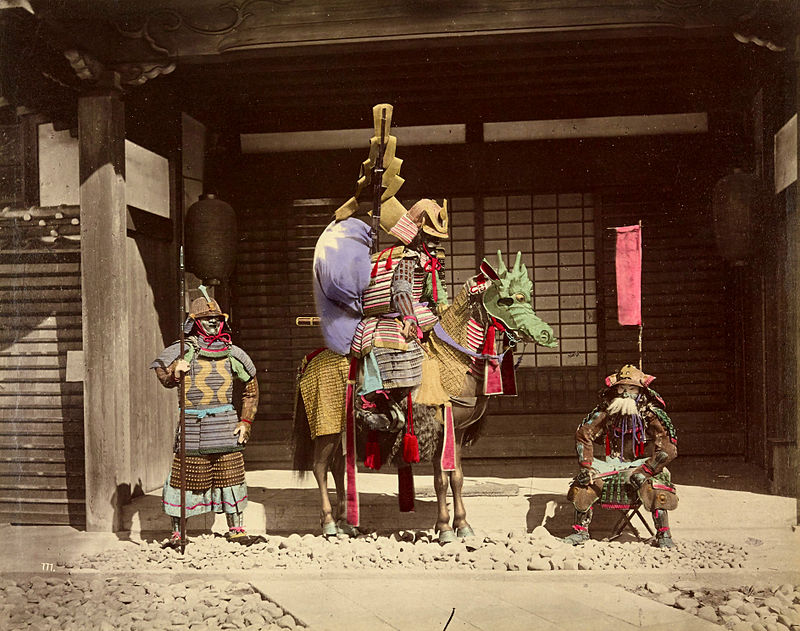 An Italian-British photographer named Felice Beato “made expert-quality hand-coloring the defining characteristic of this era of Japanese photography,” drawing on a “large body of highly trained artisans from the ukiyo-e woodblock print industry.” By the time foreigners began using cameras to capture images of Japanese life, the Japanese had already been capturing Japanese life with ukiyo-e, or “pictures of the floating world,” for centuries. Photographers soon discovered they could tap into the “expertise of patient precision in the application of color on to flat images that had been in place in Japan for generations.” 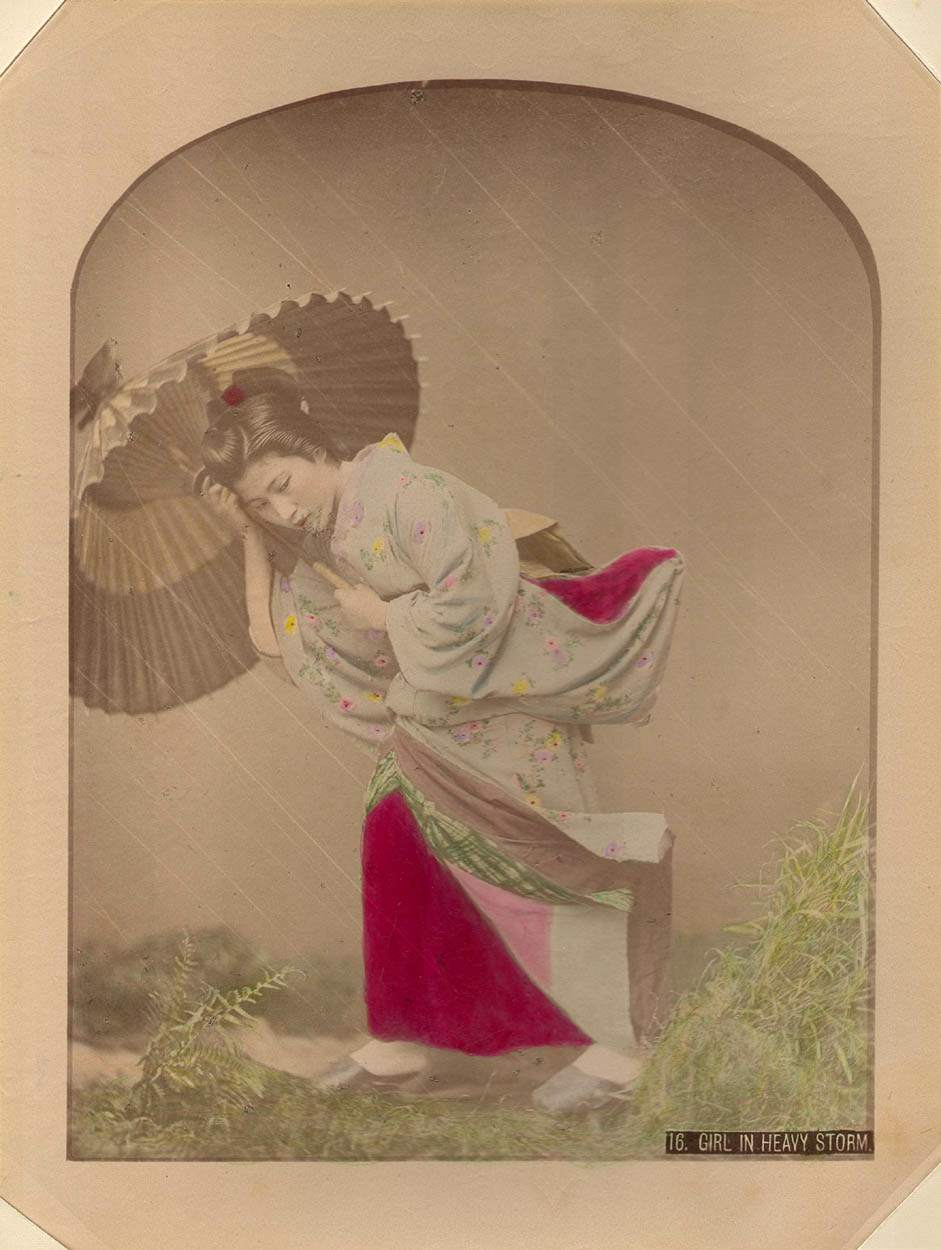 This new wave of Japanese “color” photography studios set themselves apart with masterful watercoloring that “added to the sense of realism in these images, which made them even more collectible.” Some photographers, such as Kusakabe Kimbei, got even more artistic, “staging elaborate, sometimes mythic scenes of Japanese culture” in the studio, then adding not just watercolors but other visual effects: in Girl in Heavy Storm, the photograph above, “the ‘rain’ is simulated by scratches into the glass plate negative.” Her kimono is also pinned in places to the background, all in the name of capturing another of the industry’s “supposedly typical scenes of Japanese life.” Even when it’s right before your eyes, Japan is in the imagination.

Watch Vintage Footage of Tokyo, Circa 1910, Get Brought to Life with Artificial Intelligence