The Open Syllabus Project Visualizes the 1,000,000+ Books Most Frequently Assigned in College Courses 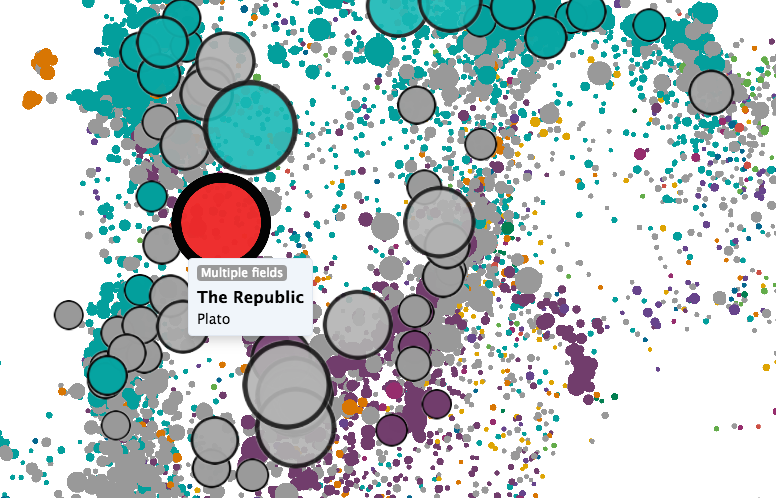 The Prince, The Canterbury Tales, The Communist Manifesto, The Souls of Black Folk, The Elements of Style: we’ve read all these, of course. Or at least we’ve read most of them (one or two for sure), if our ever-dimmer memories of high school or college are to be trusted. But we can rest assured that students are reading — or in any case, being assigned — these very same works today, thanks to the Open Syllabus project, which as of this writing has assembled a database of 7,292,573 different college course syllabi. Greatly expanded since we previously featured it here on Open Culture, its “Galaxy” now visualizes the 1,138,841 most frequently assigned texts in that database, presenting them in a Google Maps-like interface for your intellectual exploration. 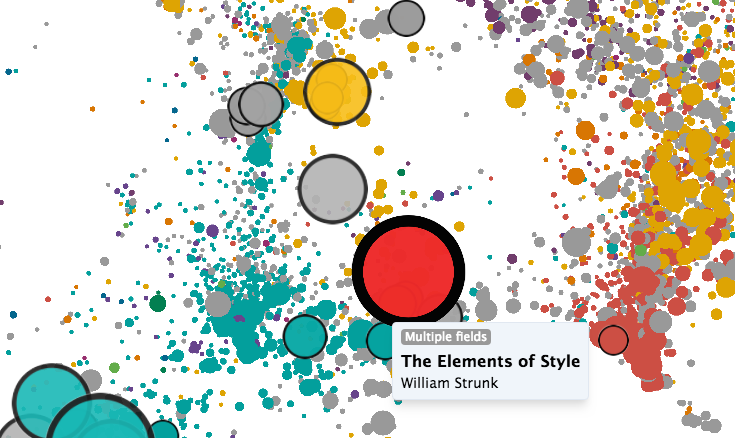 If you click on the search window in the upper-left corner of that interface, a scrollable ranking of the top 100 most frequently assigned texts opens immediately below. Number one, appearing on more than 15,000 of the syllabi collected so far, is Strunk and White’s classic writing-style guide.

Click on its title and you’ll find yourself in its corner of the map, and you’ll see highlighted other popular readings that tend to be assigned together with it: Diana Hacker’s A Writer’s Reference (at the moment the second-most assigned text), Aristotle’s Rhetoric, Martin Luther King Jr.’s “Letter from the Birmingham Jail,” Jürgen Habermas’ The Structural Transformation of the Public Sphere. 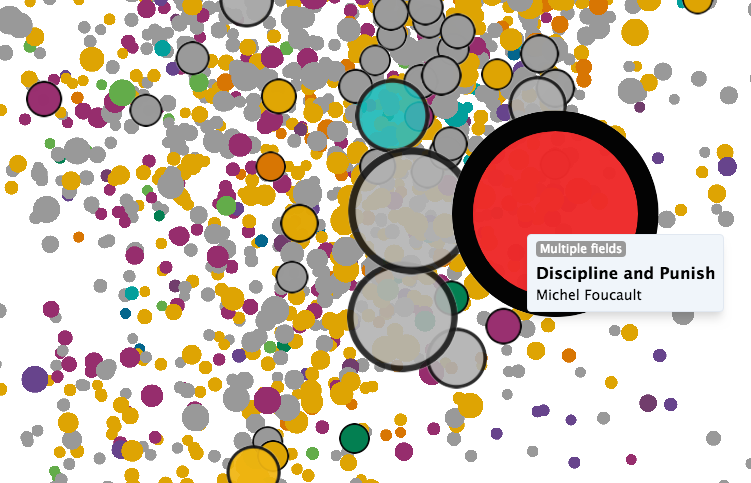 Michel Foucault holds by some measures the record for the greatest number of citations in the humanities. If you’ve read only one of his books, you’ve probably read Discipline and Punish, his 1975 study of the penal system — and current holder of sixteenth place on the Open Syllabus rankings. But zoom in on it and you’ll find plenty of relevant books and articles you might not have read: Alan Elsner’s Gates of Injustice, William Ian Miller’s The Anatomy of Disgust, Soledad Brother: The Prison Letters of George Jackson. Similarly, an excursion in the neighborhood of Benedict Anderson‘s Imagined Communities brings encounters with other investigations of country and citizenship like Ernest Renan’s What Is a Nation? and Duncan S.A. Bell’s Mythscapes: Memory, Mythology, and National Identity. 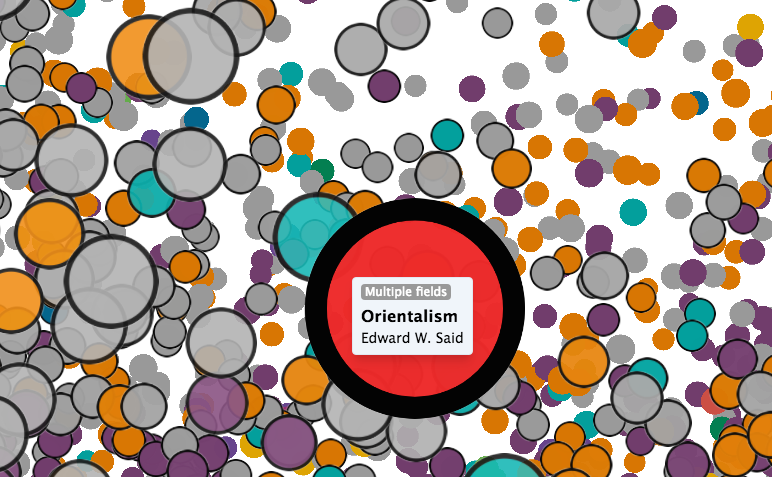 In every sense, the results to be found in the Open Syllabus Galaxy are more interesting than those offered up by the standard you-may-also-like algorithms. Back in college you may have enjoyed, say, Edward Said’s Orientalism, but the range of texts that could accompany it would have been limited by the theme of the class and the intent of your instructor. Here you’ll find Noam Chomsky’s Failed States on one side, John R. Bowen’s Why the French Don’t Like Headscarves on another, Hans Wehr’s Dictionary of Modern Written Arabic on another, and even Messages to the World: The Statements of Osama bin Laden on another still. If we want to understand a subject, after all, we must read not just about it but around it. In college or elsewhere, you might well have heard that idea; here, you can see it. Enter the Open Syllabus Galaxy here.

Junot Díaz’s Syllabi for His MIT Writing Classes, and the Novels on His Reading List