I’ve concluded that one shouldn’t lend a book unless one is prepared to part with it for good. But most books are fairly easy to replace. Not so in the Middle Ages, when every manuscript counted as one of a kind. Theft was often on the minds of the scribes who copied and illustrated books, a laborious task requiring literal hours of blood, sweat and tears each day.

Scribal copying took place “only by natural light — candles were too big a risk to the books,” Sarah Laskow writes at Atlas Obscura. Bent over double, scribes could not let their attention wander. The art, one scribe complained, “extinguishes the light from the eyes, it bends the back, it crushes the viscera and the ribs, it brings forth pain to the kidneys, and weariness to the whole body.”

The results deserved high security, and Medieval monks “did not hesitate to use the worst punishments they knew” for manuscript theft, writes Laskow, namely threats of “excommunication from the church and horrible, painful death.” 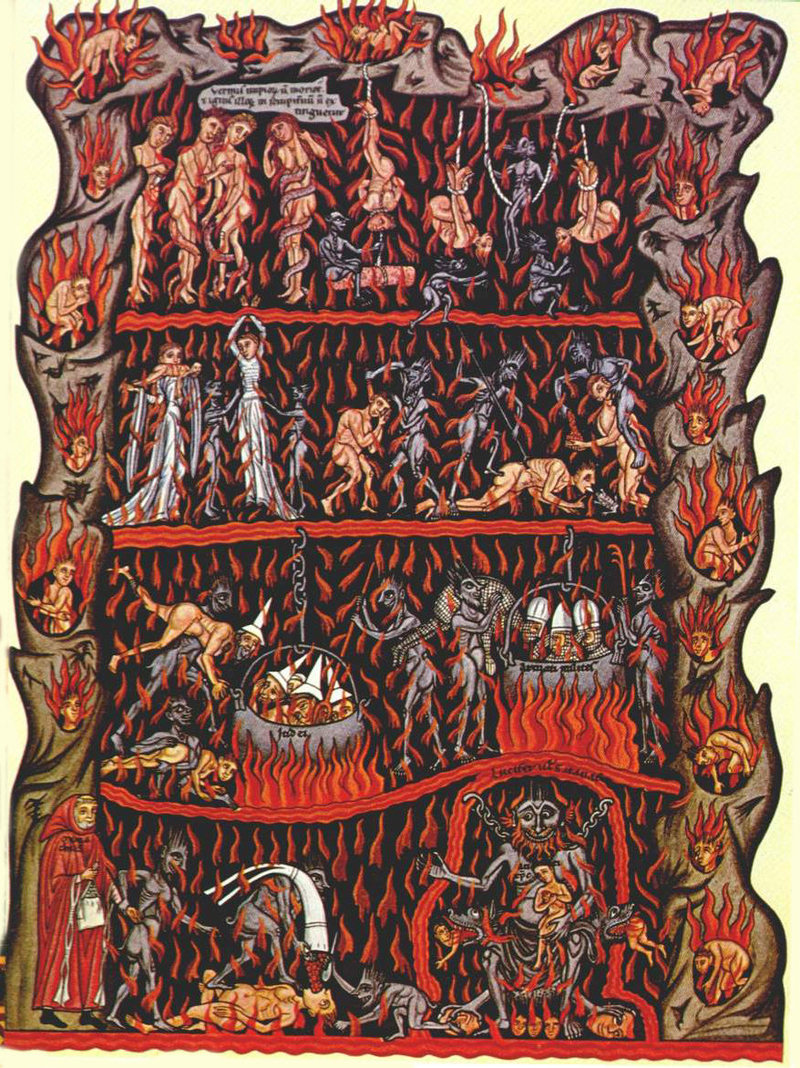 Theft deterrence came in the form of ingenious curses, written into the manuscripts themselves, going “back to the 7th century BCE,” Rebecca Romney writes at Mental Floss. Appearing “in Latin, vernacular European languages, Arabic, Greek, and more,” they came in such creative flavors as death by roasting, as in a Bible copied in Germany around 1172: “If anyone steals it: may he die, may he be roasted in a frying pan, may the falling sickness [epilepsy] and fever attack him, and may he be rotated [on the breaking wheel] and hanged. Amen.”

The plucking out of eyes also appears to have been a theme. “Whoever to steal this volume tries, Out with his eyes, out with his eyes!” warns the final couplet in a 13th-century curse from a Vatican Library manuscript. Another curse in verse, found by author Marc Drogin, author of Anathema! Medieval Scribes and the History of Book Curses, gets especially graphic with the eye gouging:

To steal this book, if you should try,
It’s by the throat you’ll hang high.
And ravens then will gather ’bout
To find your eyes and pull them out.
And when you’re screaming ‘oh, oh, oh!’
Remember, you deserved this woe.

The hoped-for consequences were not always so grimly humorous. “Gruesome as these punishments seem,” the British Library writes, “to most medieval readers the worst curses were those that put the eternal fate of their souls at risk rather than their bodily health.” These would often be marked with the Greek word “Anathema,” sometimes “followed by the Aramaic formula ‘Maranatha’ (‘Come, Lord!’).” Both appear in a curse added to a manuscript of letters and sermons from Lesnes Abbey. Yet, unlike most medieval curses, here the thief is given a chance to make restitution. “Anyone who removes it or does damage to it: if the same person does not repay the church sufficiently, may he be cursed.” 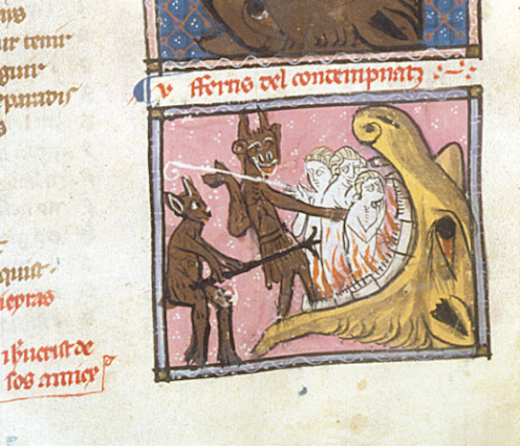 Curses were not the only security solutions of manuscript culture. Medieval monks also used book chains and locked chests to secure the fruit of their hard labor. As the old saying goes, “trust in God, but tie your camel.” But if locks and divine providence should fail, scribes trusted that the fear of punishment – even eternal damnation — down the road would be enough to make would-be book thieves think again.