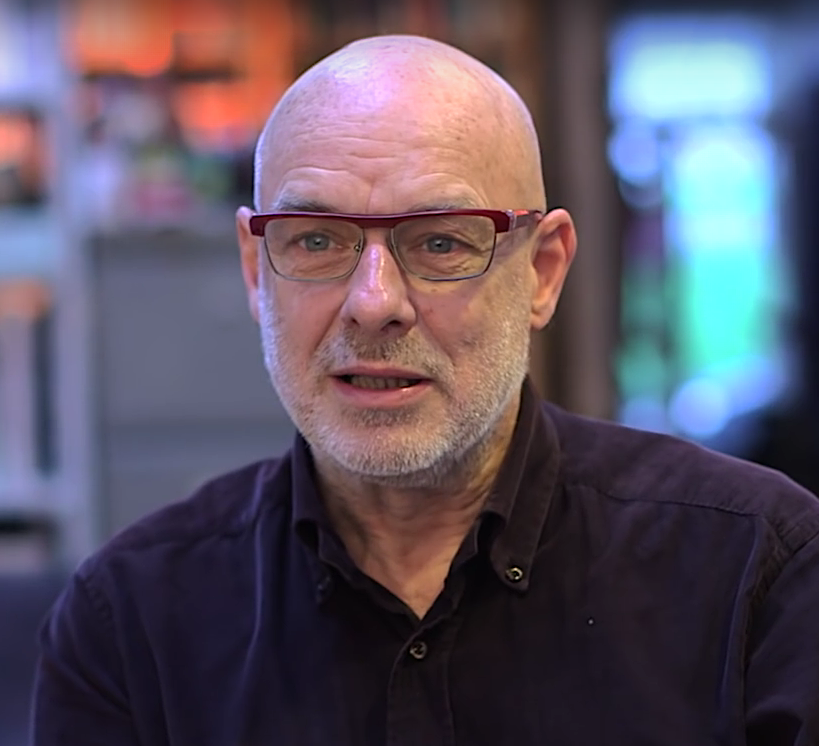 It can feel, in our inequality-addled world, that we have little left in common — that there is no “we,” just us and them. But multiple crises driving us apart have the potential to unite the species. After all, a rapidly warming planet and global pandemic do threaten us all, even if they don’t threaten us equally. Do solutions exist in the creation of new forms of private property, new ways of moving capital around the world? Can the extinction-level byproducts of capitalist commodification and waste be mitigated by ingenious new forms of financialization? These seem to be the arguments made by purveyors of cryptocurrency and NFTs, an acronym meaning non fungible tokens and — if you haven’t noticed — the only thing anyone in the art world seems to talk about anymore. Why?

Brian Eno has put his opinion on the matter quite bluntly in a recent interview. “NFTs seem to me just a way for artists to get a little piece of the action from global capitalism,” he tells The Crypto Syllabus. “How sweet — now artists can become little capitalist assholes as well.” He obviously disapproves of using art solely to generate profit, but then if we know anything about Eno’s theory of creativity and influence over the past several decades, it’s that he believes the guiding reason for art is to generate more art.

“If I had primarily wanted to make money I would have had a different career as a different kind of person. I probably wouldn’t have chosen to be an artist.” There’s utterly no use in trying to peg Eno as technophobic or out of touch; quite the contrary. But the fictional financial products that have invaded every other sphere of life have no place in the arts, he argues.

When asked why NFTs are touted as a salvation for artists and the art world by cryptocurrency visionaries, including many of his friends and collaborators, Eno replies:

I can understand why the people who’ve done well from it are pleased, and it’s natural enough in a libertarian world to believe that something that benefits you must automatically be ‘right’ for the whole world. That belief is a version of what I call ‘automaticism’: the idea that if you leave things alone and let something or other – the market, nature, human will – take its course unimpeded you will automatically get a better result than you would by tinkering with it. The people who hold beliefs of this kind don’t have any qualms about tinkering themselves but just want a situation where nobody else gets to tinker. Especially the state.

That the sale of NFTs have only benefitted very few — to the tune of $69 million in a single sale in a recent high-profile case — doesn’t seem particularly troublesome to those who insist on their benefits. Nor do the creators of NFTs seem bothered by the enormous energy overhead required by the technology, “an ecological nightmare pyramid scheme,” writes Synthtopia — of which Eno says: “in a warming world a new technology that uses vast amounts of energy as ‘proof of work’ — that’s to say, simply to establish a certain age of exclusivity — really is quite insane.”

Eno readily answers questions about why NFTs seem so glamorous — it’s no great mystery, just a new form of accumulation, commodification and waste, one in particular that adds nothing to the world while hastening a climate collapse. NFTs are the “readymade reversed,” David Joselit argues: Where “Duchamp used the category of art to liberate materiality from commodifiable form; the NFT deploys the category of art to extract private property from freely available information.”

The discourse around NFTs also seems to liberate art from the category of art, and all that has meant to humankind for millennia as a communal practice, reducing creative productions to digital certificates of authenticity. “I am trying to keep an open mind about these questions,” Eno admits. “People I like and trust are convinced [NFTs] are the best thing since sliced bread, so I wish I could have a more positive view but right now I mainly see hustlers looking for suckers.”

What are Non-Fungible Tokens (NFTs)? And How Can a Work of Digital Art Sell for $69 Million

What Is Blockchain? Three Videos Explain the New Technology That Promises to Change Our World

Cryptocurrency and Blockchain: An Introduction to Digital Currencies–A Free Online Courses from the University of Pennsylvania