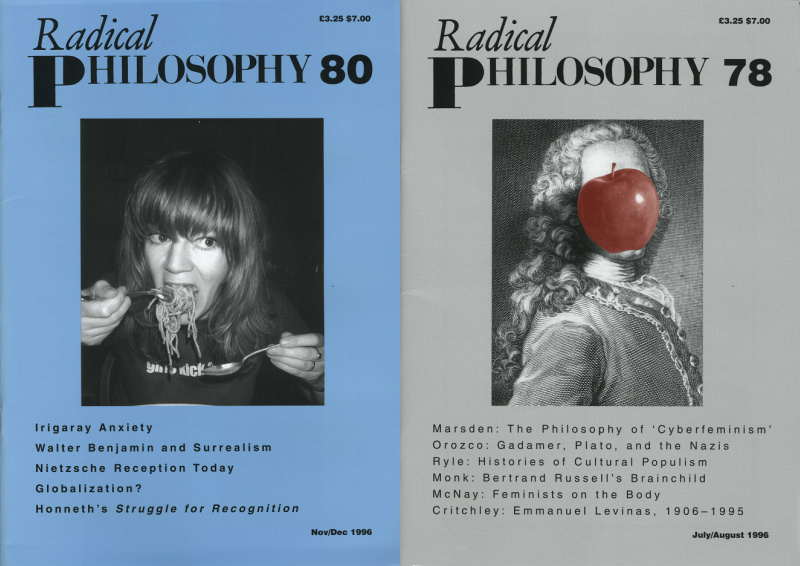 On a seemingly daily basis, we see attacks against the intellectual culture of the academic humanities, which, since the 1960s, have opened up spaces for leftists to develop critical theories of all kinds. Attacks from supposedly liberal professors and centrist op-ed columnists, from well-funded conservative think tanks and white supremacists on college campus tours. All rail against the evils of feminism, post-modernism, and something called “neo-Marxism” with outsized agitation.

For students and professors, the onslaughts are exhausting, and not only because they have very real, often dangerous, consequences, but because they all attack the same straw men (or “straw people”) and refuse to engage with academic thought on its own terms. Rarely, in the exasperating proliferation of cranky, cherry-picked anti-academia op-eds do we encounter people actually reading and grappling with the ideas of their supposed ideological nemeses.

Were non-academic critics to take academic work seriously, they might notice that debates over “political correctness,” “thought policing,” “identity politics,” etc. have been going on for thirty years now, and among left intellectuals themselves. Contrary to what many seem to think, criticism of liberal ideology has not been banned in the academy. It is absolutely the case that the humanities have become increasingly hostile to irresponsible opinions that dehumanize people, like emergency room doctors become hostile to drunk driving. But it does not follow therefore that one cannot disagree with the establishment, as though the University system were still beholden to the Vatican.

Understanding this requires work many people are unwilling to do, either because they’re busy and distracted or, perhaps more often, because they have other, bad faith agendas. Should one decide to survey the philosophical debates on the left, however, an excellent place to start would be Radical Philosophy, which describes itself as a “UK-based journal of socialist and feminist philosophy.” Founded in 1972, in response to “the widely-felt discontent with the sterility of academic philosophy at the time,” the journal was itself an act of protest against the culture of academia.

Radical Philosophy has published essays and interviews with nearly all of the big names in academic philosophy on the left—from Marxists, to post-structuralists, to post-colonialists, to phenomenologists, to critical theorists, to Lacanians, to queer theorists, to radical theologians, to the pragmatist Richard Rorty, who made arguments for national pride and made several critiques of critical theory as an illiberal enterprise. The full range of radical critical theory over the past 45 years appears here, as well as contrarian responses from philosophers on the left.

Rorty was hardly the only one in the journal’s pages to critique certain prominent trends. Sociologists Pierre Bourdieu and Loic Wacquant launched a 2001 protest against what they called “a strange Newspeak,” or “NewLiberalSpeak” that included words like “globalization,” “governance,” “employability,” “underclass,” “communitarianism,” “multiculturalism” and “their so-called postmodern cousins.” Bourdieu and Wacquant argued that this discourse obscures “the terms ‘capitalism,’ ‘class,’ ‘exploitation,’ ‘domination,’ and ‘inequality,’” as part of a “neoliberal revolution,” that intends to “remake the world by sweeping away the social and economic conquests of a century of social struggles.”

One can also find in the pages of Radical Philosophy philosopher Alain Badiou’s 2005 critique of “democratic materialism,” which he identifies as a “postmodernism” that “recognizes the objective existence of bodies alone. Who would ever speak today, other than to conform to a certain rhetoric? Of the separability of our immortal soul?” Badiou identifies the ideal of maximum tolerance as one that also, paradoxically, “guides us, irresistibly” to war. But he refuses to counter democratic materialism’s maxim that “there are only bodies and languages” with what he calls “its formal opposite… ‘aristocratic idealism.’” Instead, he adds the supplementary phrase, “except that there are truths.”

Badiou’s polemic includes an oblique swipe at Stalinism, a critique Michel Foucault makes in more depth in a 1975 interview, in which he approvingly cites phenomenologist Merleau-Ponty’s “argument against the Communism of the time… that it has destroyed the dialectic of individual and history—and hence the possibility of a humanistic society and individual freedom.” Foucault made a case for this “dialectical relationship” as that “in which the free and open human project consists.” In an interview two years later, he talks of prisons as institutions “no less perfect than school or barracks or hospital” for repressing and transforming individuals.

Foucault’s political philosophy inspired feminist and queer theorist Judith Butler, whose arguments inspired many of today’s gender theorists, and who is deeply concerned with questions of ethics, morality, and social responsibility. Her Adorno Prize Lecture, published in a 2012 issue, took up Theodor Adorno’s challenge of how it is possible to live a good life in bad circumstances (under fascism, for example)—a classical political question that she engages through the work of Orlando Patterson, Hannah Arendt, Ludwig Wittgenstein, and Hegel. Her lecture ends with a discussion of the ethical duty to actively resist and protest an intolerable status quo.

You can now read for free all of these essays and hundreds more at the Radical Philosophy archive, either on the site itself or in downloadable PDFs. The journal, run by an ‘Editorial Collective,” still appears three times a year. The most recent issue features an essay by Lars T. Lih on the Russian Revolution through the lens of Thomas Hobbes, a detailed historical account by Nathan Brown of the term “postmodern,” and its inapplicability to the present moment, and an essay by Jamila M.H. Mascat on the problem of Hegelian abstraction.

If nothing else, these essays and many others should upend facile notions of leftist academic philosophy as dominated by “postmodern” denials of truth, morality, freedom, and Enlightenment thought, as doctrinaire Stalinism, or little more than thought policing through dogmatic political correctness. For every argument in the pages of Radical Philosophy that might confirm certain readers’ biases, there are dozens more that will challenge their assumptions, bearing out Foucault’s observation that “philosophy cannot be an endless scrutiny of its own propositions.”

Note: This post was originally published on our site in March, 2018.