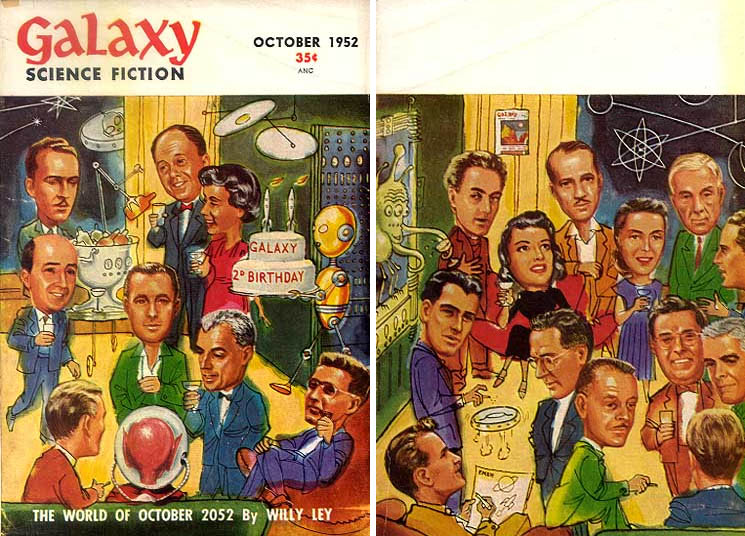 Along with Astounding Science Fiction and The Magazine of Fantasy and Science Fiction, Galaxy Magazine was one of the most important science fiction digests in 1950s America. Ray Bradbury wrote for it--including an early version of his masterpiece Fahrenheit 451--as did Robert A. Heinlein, Isaac Asimov, Frederik Pohl, Theodore Sturgeon, Cordwainer Smith, Jack Vance, and numerous others.

Now a fairly decent collection of issues (355 in total) is available for your perusal at archive.org for absolutely free. It’s not complete yet, but it’s close.

When Galaxy appeared in October 1950, it promised a kind of science-fiction different from the space operas of previous decades. As an “annual report” written by publisher H.L. Gold proclaimed,

...other publishers thought the idea of offering mature science fiction in an attractive, adult format was downright funny. They knew what sold--shapely female endomorphs with bronze bras, embattled male mesomorphs clad in muscle, and frightful alien monsters in search of a human soul.

And while Astounding Science Fiction was focused on technology--suited for an America that had fundamentally changed since WWII--H.L. Gold’s Galaxy focused on ideas, humor, satire, psychology and sociology. It also had one of the best pay rates in the industry, and offered some of its writers exclusive contracts. And the writers responded in kind and followed their own obsessions--although Gold often pitched ideas.

(Ironically, though immersed in stories of inner and outer space, Gold was an acute agoraphobe, and stayed in his apartment, communicating by phone.) 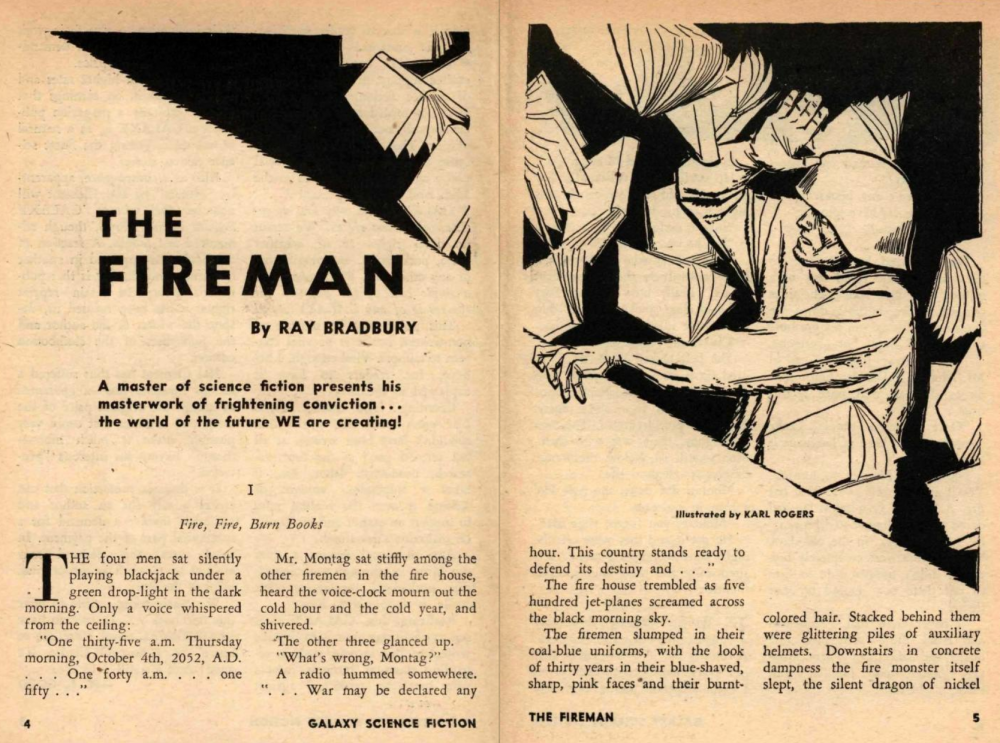 After a wobbly start graphics-wise, Gold hired Ed Emshwiller in 1951 to paint covers, whose often humorous style (e.g. this Christmas issue below) suited the humor inside the issue.

Confident in their stable of writers, Galaxy produced the wonderful birthday cover at the top, featuring caricatures of everybody from Bradbury to Asimov. There’s also a guide to see who’s who. 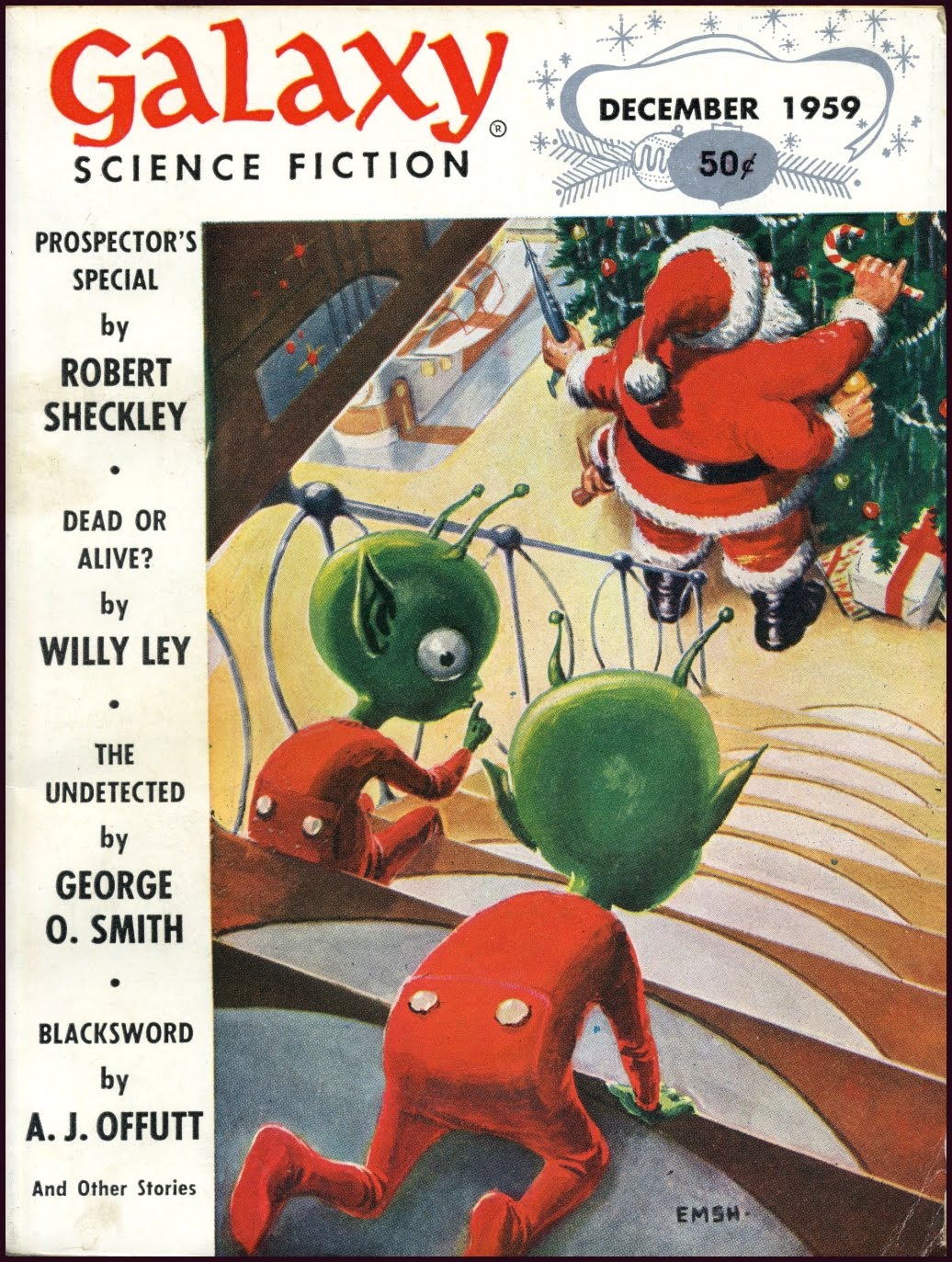 A series of editors--including Frederik Pohl--took over from Gold after a car accident in 1961, and by 1977--eight years after Pohl's departure--the magazine was on its decline. There were more iterations, reprints, anthologies, and online versions, but the essential run is here. And those first ten years changed American science-fiction forever, paving the way for experimental writers like Philip K. Dick and William Gibson.

You could start with the Ray Bradbury story (“The Fireman”) we told you about, or Robert A. Heinlein’s “The Puppet Masters.”