During the 1950s, a researcher gave an artist two 50-microgram doses of LSD (each dose separated by about an hour), and then the artist was encouraged to draw pictures of the doctor who administered the drugs. Nine portraits were drawn over the space of eight hours. We still don’t know the identity of the artist. But it’s surmised that the researcher was Oscar Janiger, a University of California-Irvine psychiatrist known for his work on LSD.

The web site Live Science has Andrew Sewell, a Yale Psychiatry professor (until his recent death), on record saying: “I believe the pictures are from an experiment conducted by the psychiatrist Oscar Janiger starting in 1954 and continuing for seven years, during which time he gave LSD to over 100 professional artists and measured its effects on their artistic output and creative ability. Over 250 drawings and paintings were produced.” The goal, of course, was to investigate what happens to subjects under the influence of psychedelic drugs. During the experiment, the artist explained how he felt as he worked on each sketch. You can watch how things unfolded below (or above): 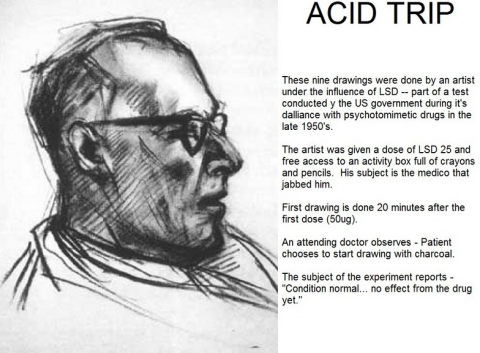 85 Minutes After First Dose: Artist Says “I can see you clearly. I’m having a little trouble controlling this pencil.” 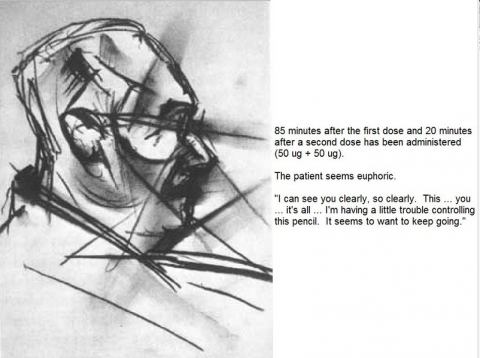 2 hours 30 minutes after first dose. “I feel as if my consciousness is situated in the part of my body that’s now active – my hand, my elbow… my tongue.” 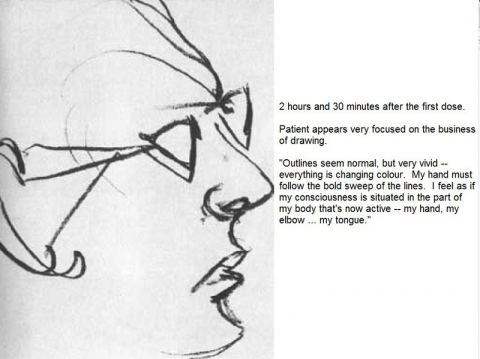 2 hours 32 minutes: ‘I’m trying another drawing… The outline of my hand is going weird too. It’s not a very good drawing is it?” 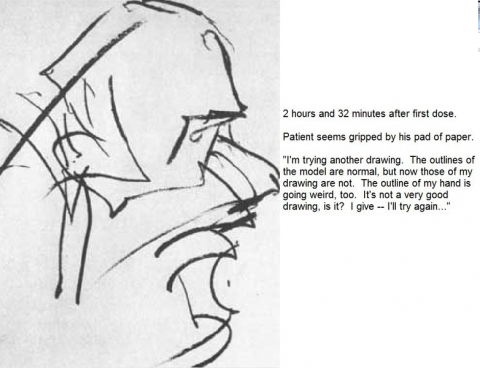 2 hours 35 minutes: Patient follows quickly with another drawing. ‘I’ll do a drawing in one flourish… without stopping… one line, no break!” 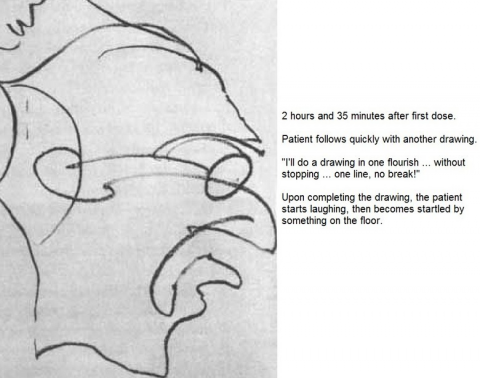 2 hours 45 minutes: Agitated patient says “I am… everything is… changed… they’re calling… your face… interwoven… who is…” He changes medium to Tempera. 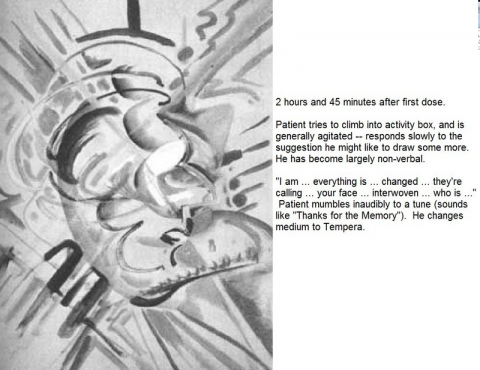 4 hours 25 minutes: After taking a break, the patient changes to pen and water color. “This will be the best drawing, like the first one, only better.” 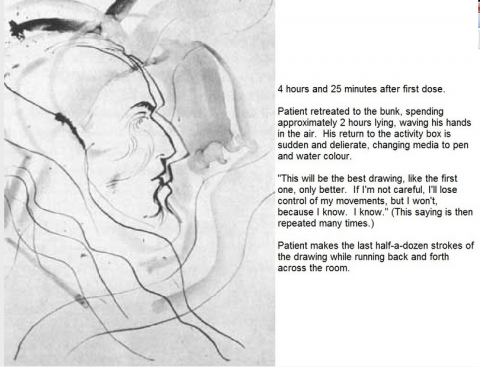 5 hours 45 minutes. “I think it’s starting to wear off. This pencil is mighty hard to hold.” (He is holding a crayon).

8 hours later: The intoxication has worn off. Patient offers up a final drawing. 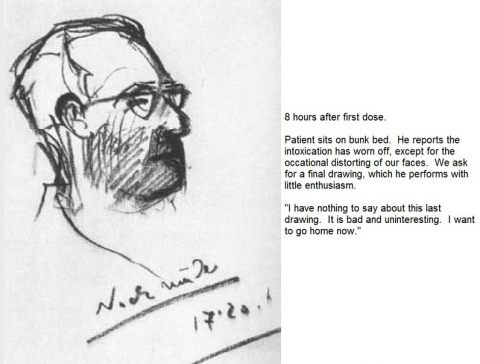