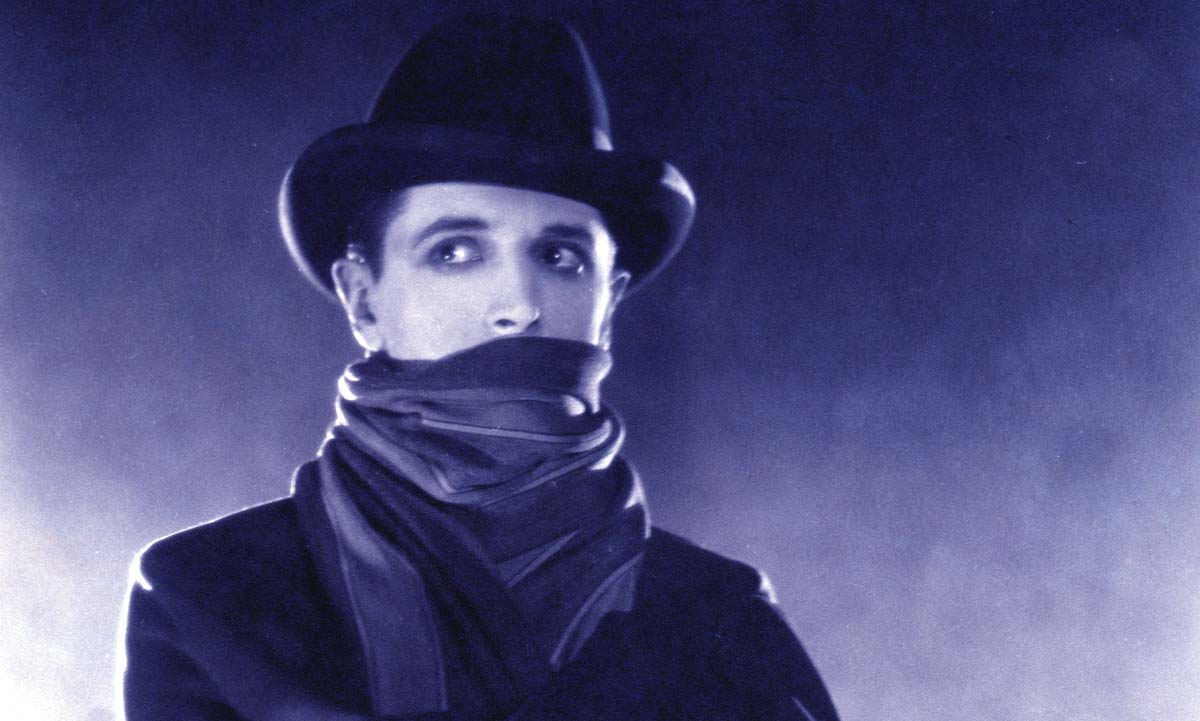 Before Alfred Hitchcock freaked out audiences everywhere by killing off the protagonist halfway through Psycho, before he was praised as a great master of cinema by a bunch of French critics who would themselves go on to become cinematic masters, before the adjective “Hitchcockian” entered the language, Hitchcock was simply a guy struggling to make a go of it as a director.

He started his career in film when he was barely out of his teens in 1919. Hitchcock soon found himself working in the largest and most influential studio in Europe, Germany’s Universum Film AG (UFA). There he not only watched Fritz Lang and F. W. Murnau direct, but he also worked as a writer, art director, assistant director on a number of silent films including The White Shadow (1924) and The Blackguard (1925). Though Hitchcock got his first director’s credit with the 1926 movie The Pleasure Garden, the first movie to truly feel Hitchcockian was The Lodger: A Story of London Fog (1927). You can watch it above.

Based on a novel by Marie Belloc Lowndes, The Lodger opens with a blonde woman screaming in terror. She is the victim of a shadowy Jack the Ripper-like serial killer who leaves a calling card announcing himself as ‘The Avenger.’ Cut to Daisy, a blonde model whose parents are jubilant over finally finding a boarder for their spare room. The guy is handsome, mysterious and has a weird thing for blondes. You think he might have something to do with the murders?

For a film that came out decades before Vertigo and Rear Window, The Lodger has just about all of Hitchcock’s cinematic ticks. A fetishistic obsession with blondes? Check. An unsettling mingling of sex and death? Check. A man wrongly accused? Check. The only thing it really lacks is a national landmark as the backdrop of a showy action set piece.

On the other hand, The Lodger feels decidedly German. The claustrophobic lighting, the grotesque shadows and the generally morbid storyline all would be perfectly at home at Universum Film AG. In fact, The Lodger, in terms of story, tone and looks, feels like a cinematic cousin to Fritz Lang’s 1931 early sound masterpiece M.

Of course, Hitchcock was just a young director in 1927. And like many young filmmakers, he had a hard time with his producers. While the book leaves it ambiguous whether or not the lodger is the killer, the handlers of the movie’s star Ivor Novello couldn’t possibly have the actor play a villain and demanded a change to the ending. When Hitch turned in the final movie, Michael Balcon, the movie’s main producer, was unimpressed and almost shelved the flick, and, with it, Hitchcock’s career. But after a little bit of tinkering, the movie was finally released. And when The Lodger became a huge box office hit, Hitchcock’s career was assured.

You can find The Lodger on our list of 23 Free Hitchcock Movies Online, as well as in our collection, 4,000+ Free Movies Online: Great Classics, Indies, Noir, Westerns, Documentaries & More.

37 Hitchcock Cameo Appearances Over 50 Years: All in One Video