Hear Antonin Artaud’s Censored, Never-Aired Radio Play: To Have Done With The Judgment of God (1947) 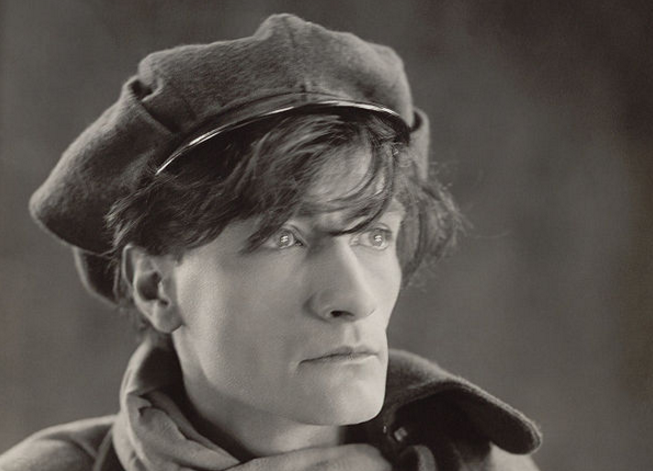 Antonin Artaud had his first mental breakdown at the age of 16 and, from there on out, spent much of his life in and out of asylums. Diagnosed with “incurable paranoid delirium,” Artaud suffered from hallucinations, glossolalia, and bouts of violent rage. And his treatment probably did about as much harm as it did good. He was prescribed laudanum, which gave him a lifelong addiction to opiates. He endured some truly horrific procedures like electric shock treatment along with the highly dubious insulin therapy, which put him in a coma for a while.

In spite of this, Artaud proved to be a hugely influential theorist and playwright, famous for coining the term, “Theater of Cruelty.” His performances were designed to assault the senses and sensibilities of the audience and awaken them to the base realities of life — sex, torture, murder and bodily fluids. Artaud wanted to break down the boundary between actor and audience and create an event that was ecstatic, uncontained and even dangerous. His ideas revolutionized the stage. As the late great Susan Sontag once wrote, “no one who works in the theater now is untouched by the impact of Artaud’s specific ideas.”

But generally speaking, his ideas about theater were more popular than his actual productions. One of his most famous plays, first staged in 1935, was Les Cenci, about a father who rapes his daughter and then gets brutally killed by his daughter’s hired thugs. The play was a flop when it debuted, running for a mere 17 performances. Even Sontag conceded that Les Cenci was “not a very good play.”

Artaud’s last work was an audio piece called To Have Done With The Judgment Of God (Pour en Finir avec le Jugement de dieu), and it proved to be equally unpopular, at least with some very important people. Commissioned by Ferdinand Pouey, head of the dramatic and literary broadcasts for French Radio in 1947, the work was written by Artaud after he spent the better part of WWII interned in an asylum where he endured the worst of his treatment. The piece is as raw and emotionally naked as you might expect –an anguished rant against society. A raving screed filled with scatological imagery, screams, nonsense words, anti-American invectives and anti-Catholic pronouncements.

The piece (above) was slated to air on January 2, 1948 but station director Vladimir Porché yanked it at the last moment. Apparently, he wasn’t terribly fond of the copious references to poop and semen nor the anti-American vitriol. Porché’s rejection caused a cause célèbre among Parisian intellectuals. René Clair, Jean Cocteau and Paul Éluard among others loudly protested the decision, and Pouey even resigned from his job in protest, but to no avail. It never aired. Artaud, who reportedly took the rejection very personally, died a month later. You can listen to the broadcast above. And, in case your French isn’t up to snuff, you can still appreciate its theatrical elements, maybe while reading an English translation of the radio play script here.

If you can’t get enough of Artaud’s final work, you can watch this staged version of To Have Done With the Judgment of God below starring Billy Barnum and John Voigt (no, not Angelina Jolie’s father, the avant-garde musician).

The Seashell and the Clergyman: The World’s First Surrealist Film

Man Ray and the Cinéma Pur: Four Surrealist Films From the 1920s