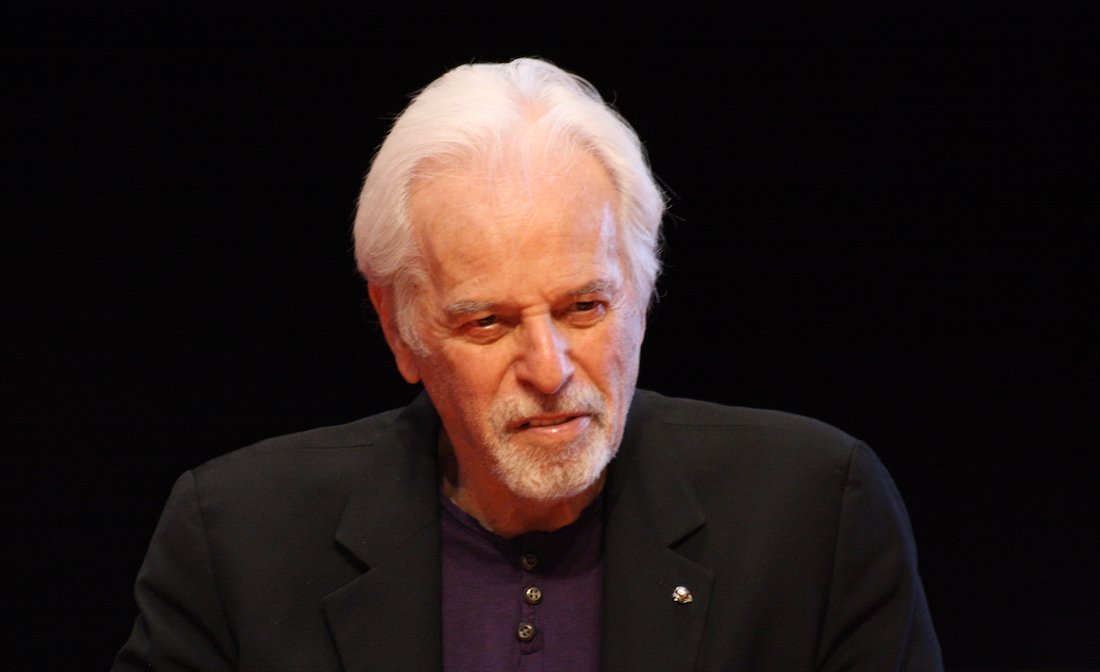 If you’re a fan of science fiction or the films of David Lynch, you’ve surely seen the 1984 film adaptation of Frank Herbert’s cult classic sci-fi novel, Dune (though Lynch himself may prefer that you didn’t). And indeed, it’s very likely that, by now, you’ve heard the incredible story of what Dune might have been, had it been directed ten years earlier by psychedelic Chilean filmmaker, writer, composer, and psychotherapist Alejandro Jodorowsky. Perhaps you even caught Jonathan Crow’s post on this site featuring Jodorowsky’s proposed storyboards—drawn by French artist Moebius—for what would most certainly would have been “a mind-bogglingly grand epic” of a movie. Alas, Jodorowsky’s Dune never came about, though it did later lead to the documentary Jodorowsky’s Dune, which Matt Zoller Seitz pronounced “a call to arms for dreamers everywhere.”

That description applies not only to the film about a film that could have been, but also to the entirety of Jodorowsky’s work, including his—thoroughly bizarre and captivating—early features, El Topo and The Holy Mountain, and the creation of a comic book universe like no other. Called “The Jodoverse,” the world of his comic books is, as writer Warren Ellis says, “astonishingly beautiful and totally mad”—again, a succinct description of Jodorowsky’s every artistic endeavor. Witness below, for example, the stunning trailer for his most recent feature film, 2014’s The Dance of Reality. You may find the visual excesses so overwhelming that you only half-hear the narration.

Listen (or read) carefully, however. Jodorowsky has as much to tell us with his cryptically poetic pronouncements as he does with his visionary imagery. Do you find his epigrams platitudinous, sententious, Pollyannaish, or naïve? Jodorowsky doesn’t mind. He calls, remember, to the dreamers, not the hard-bitten, cynical realists. And if you’re one of the dreamers who hears that call, you’ll find much to love in the list below of Jodorowsky’s 82 Commandments for living. But so too, I think, will the realists. These come from Jodorowsky’s memoir The Spiritual Journey of Alejandro Jodorowsky, and the list comes via Dangerous Minds, who adapted it from “the better part of three pages” of text.

As Jodorowsky frames these maxims in his book, they originated with influential Russian mystic George Gurdjieff, and were told to him by Gurdjieff’s daughter, Reyna d’Assia. Perhaps that’s so. But you’ll note, if you know Jodorowsky’s writing—or simply took a couple minutes time to watch the trailer above—that they sound enough like the author’s own words to have been brought forth from his personal storehouse of accumulated wisdom. In any case, Jodorowsky has always been quick to acknowledge his spiritual teachers, and whether these are his second-hand accounts of Gurdjieff or his own inventions has no bearing on the substance therein.

Often sounding very much like Biblical proverbs or Buddhist precepts, the commandments are intended, d’Assia says in Jodorowsky’s account, to help us “change [our] habits, conquer laziness, and become… morally sound human being[s].” As she remarks in the book, before she delivers the below in a lengthy monologue, “to be strong in the great things, we must also be strong in the small ones.” Therefore…