Before the Bookmobile: When Librarians Rode on Horseback to Deliver Books to Rural Americans During the Great Depression

An odd phenomenon has been at work in the past few years. Print book sales slope upward while eBook sales creep down. The trend manifests the opposite of what most people—or most people who write about these things—expected to happen, quite reasonably in many respects. Perhaps through sheer historical momentum, print retains its aura of authority.

But everyone knows that buying isn’t reading, which may indeed be in decline given the primacy of images, audio, and video, of YouTube explainers and documentaries such as the one above, which tells the tale of the “Pack Horse Librarians.”

These forgotten heroes, like the famed Pony Express, braved wind, rain, and rough terrain to deliver books to isolated settlers who otherwise may have had nothing to read. 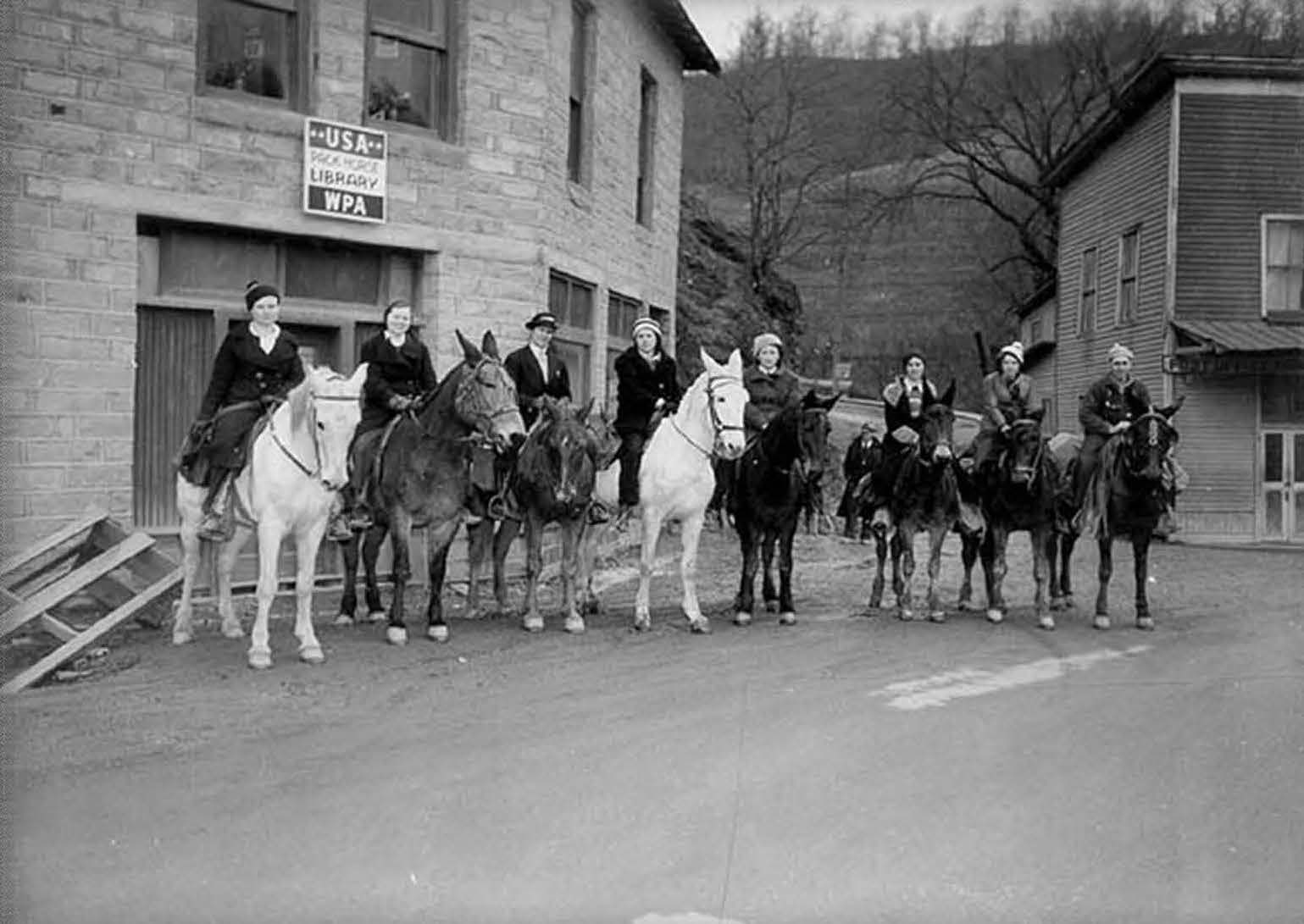 But this is not a tale of cowboys and frontiersmen. The Pack Horse Librarians appeared in an Industrial Age, and what’s more they were mostly women. Called “book ladies” and “packsaddle librarians,” the librarians were deputized during the New Deal, when FDR sought to end the Great Depression by creating hundreds of jobs addressed to the country’s real social, material, and cultural needs. In this case, the Pack Horse Librarians responded to what many of us might consider a crisis, if not a crime.

“About 63% of the residents of Kentucky were without access to public libraries,” and somewhere around 30% of rural Kentuckians were illiterate. Those rural Kentuckians saw education as a way out of poverty, and the Works Progress Administration agreed, overseeing the book delivery project between 1935 and 1943. “Book women” made around $28 a month (a little over $500 in 2017) delivering books to homes and schoolhouses. By 1936, writes the site Appalachian History, “handmade and donated materials could not sustain the circulation needs of the pack horse patrons.”

Surveys of readers found that pack horse patrons could not get enough of books about travel, adventure and religion, and detective and romance magazines. Children’s picture books were also immensely popular, not only with young residents but also their illiterate parents. Per headquarters, approximately 800 books had to be shared among five to ten thousand patrons.

To compensate for scarcity, a University of Kentucky presentation notes, librarians themselves created books of “mountain recipes and scrap books of current events.” But the service quickly grew to delivering more than 3,000 donated books per month, after a drive in which every PTA member in the state gave to the cause.

Eleanor Roosevelt (photographed above visiting a Packhorse Library in West Liberty, KY) was a champion of the service, which founder Elizabeth Fullerton modeled after a similar venture in 1913, itself a professionalization of work done by the Kentucky Federation of Women’s Clubs in the late 19th century.

We can see that the history of women librarians on horseback goes back quite a ways. But it is a history now forgotten, despite the efforts of recent books like Down Cut Shin Creek: The Pack Horse Librarians of Kentucky. A recent trend involves suggesting historical American figures who might replace all those monuments to the Confederacy. We might well add Pack Horse Librarians to the distinguished list of candidates. 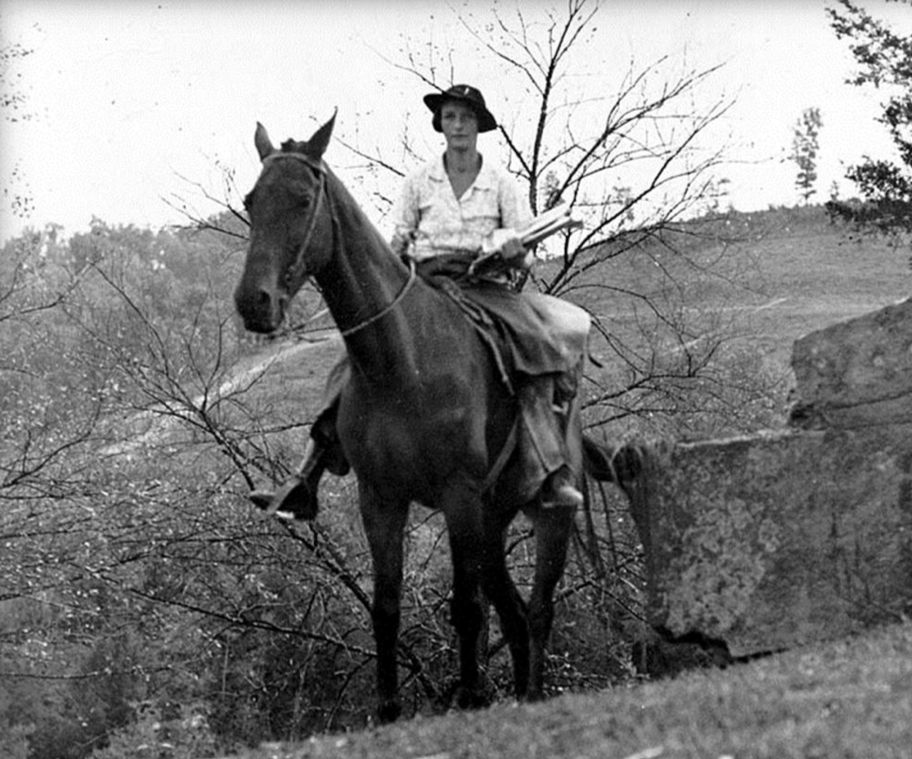 The service lost its funding in 1943, “leaving some communities without access to books for decades,” Appalachian History writes, “until bookmobiles were introduced to the area in the late 1950s.” These services seem quaint in an era when widespread delivery by drone seems imminent. We seemingly live in the most information-rich, instant access society in history. Yet a significant number of people in the U.S. and around the world have little to no access to the internet. And a similar degree of illiteracy—at least of basic information and critical reasoning—may warrant a similarly direct intervention. 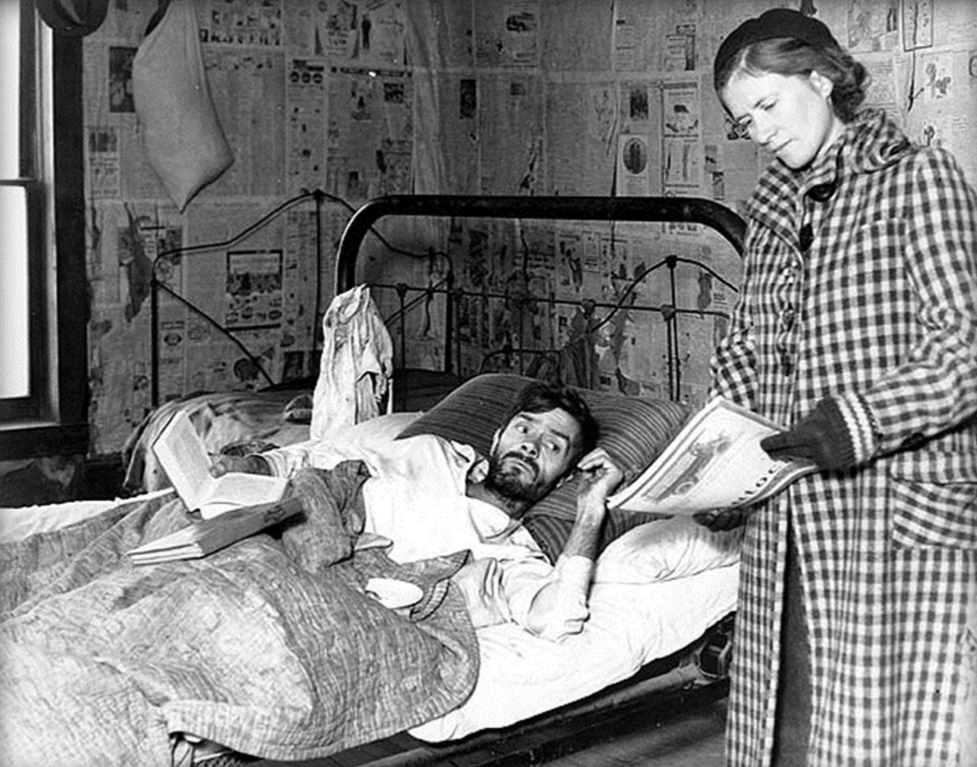