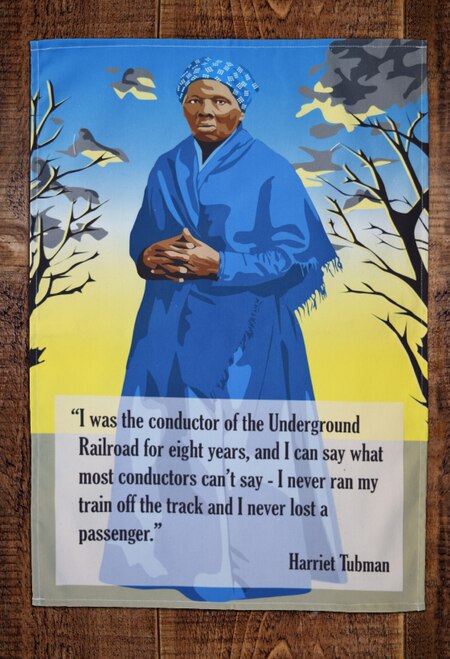 Those of us who are deeply disappointed to learn we won’t be seeing Harriet Tubman’s face on a redesigned $20 bill any time soon can dry our eyes on a Tubman tea towel… or could if the revered abolitionist and activist wasn’t one of the family-owned Radical Tea Towel’s hottest selling items.

The popular design, based on one of Charles Ross’ murals in Cambridge, Maryland’s Harriet Tubman Memorial Garden is currently out of stock.

Fortunately, the company has immortalized plenty of other inspirational feminists, activists, civil rights leaders, authors, and thinkers on cotton rectangles, suitable for all your dish drying and gift giving needs.

Or wave them at a demonstration, on the creators’ suggestion. 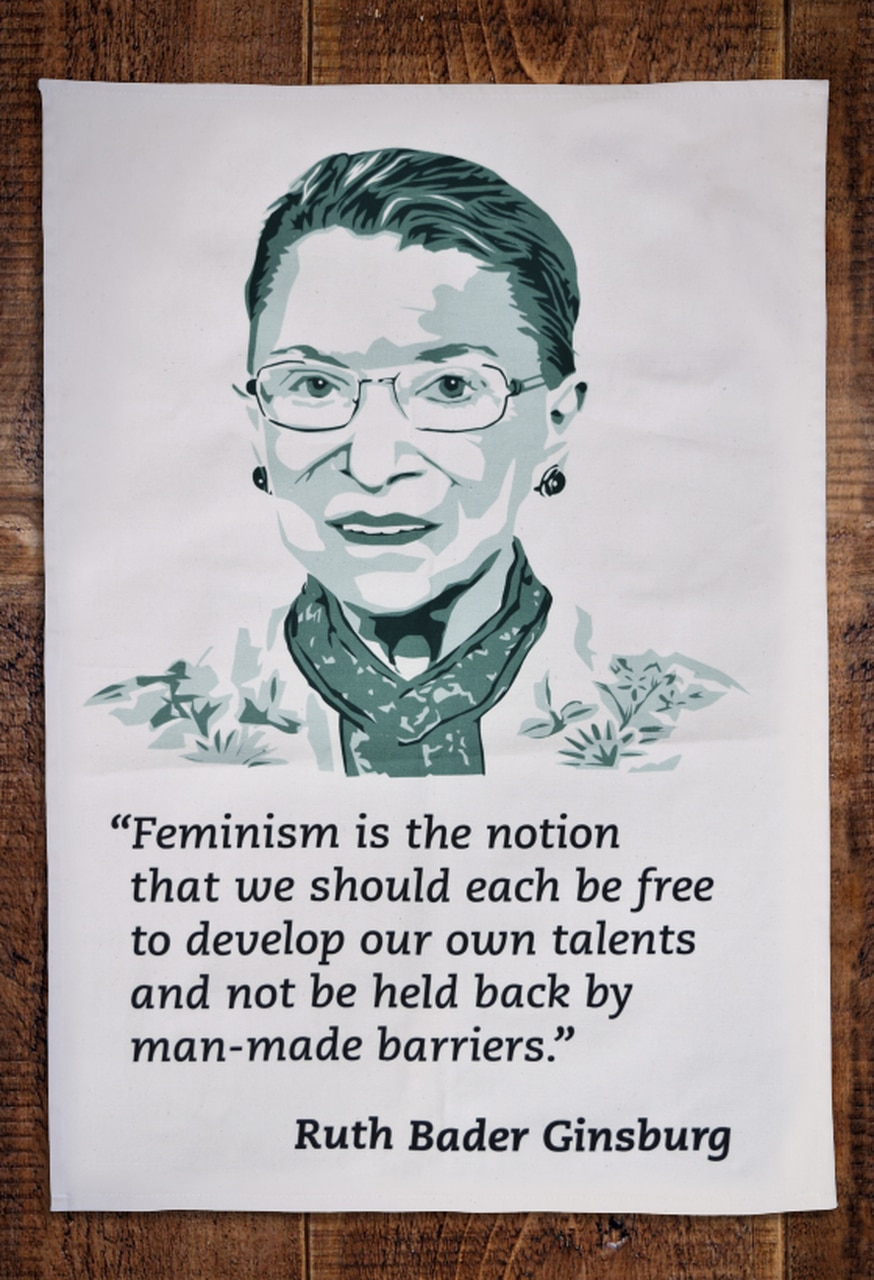 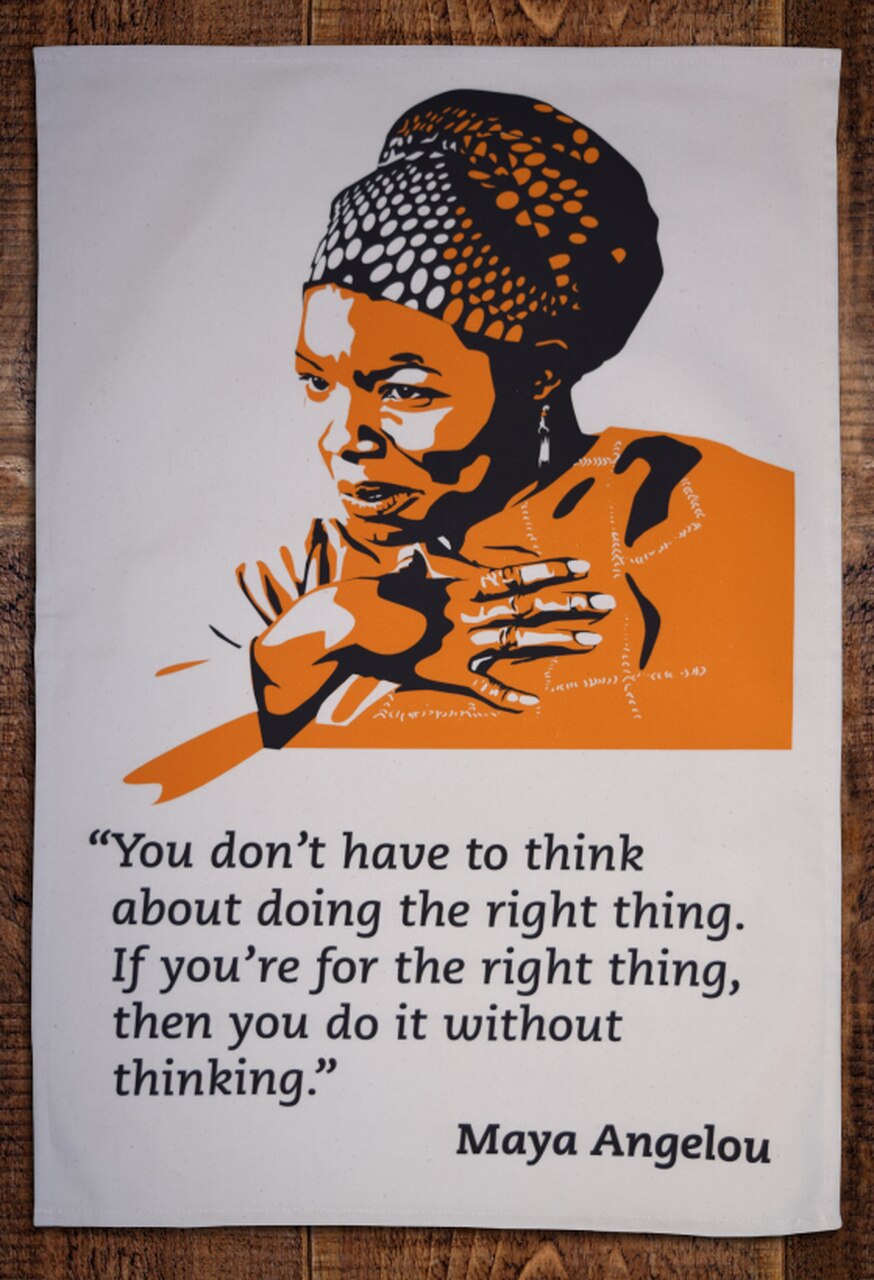 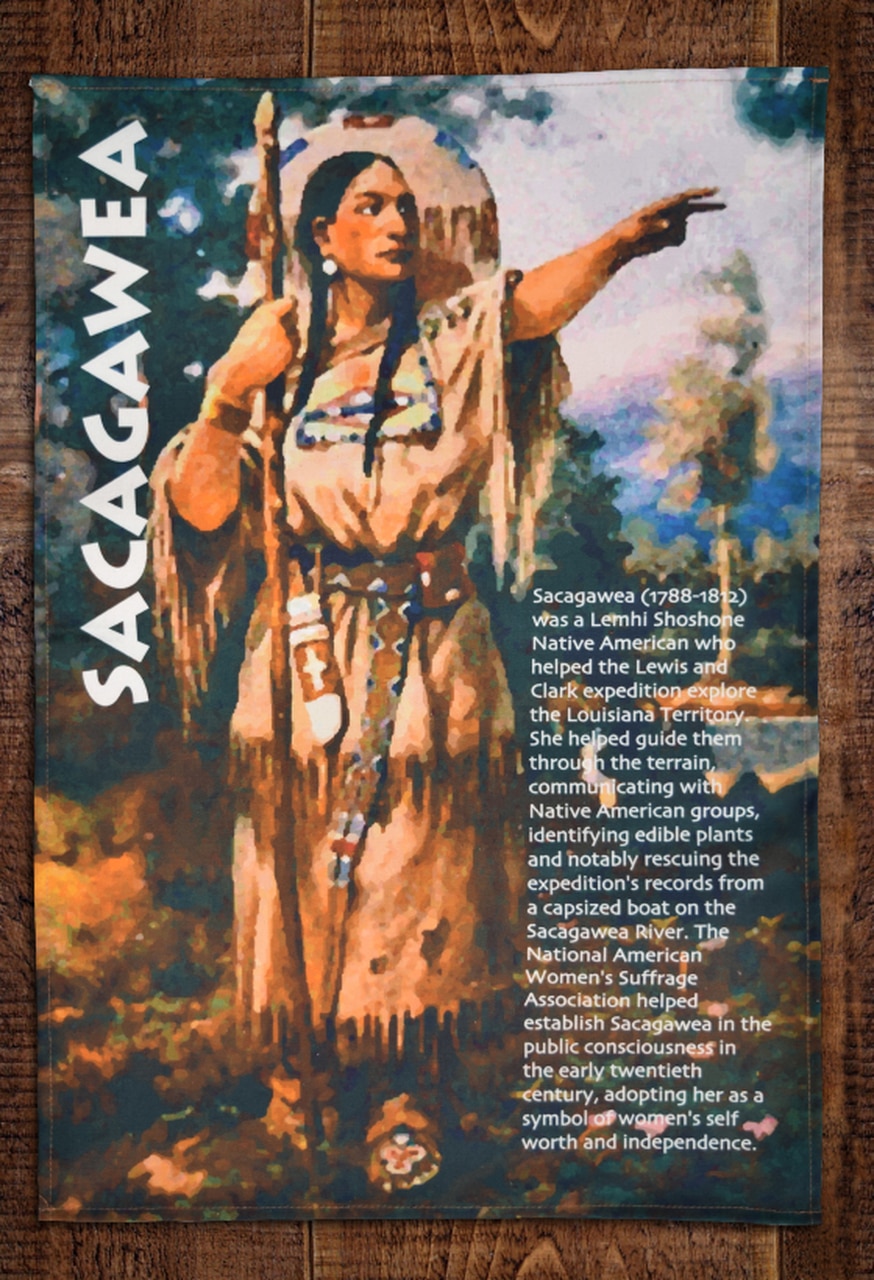 The need for radical tea towels was hatched as one of the company’s Welsh co-founder’s was searching in vain for a practical birthday present that would reflect her 92-year-old father’s progressive values.

Five years later, bombarded with distressing post-election messages from the States, they decided to expand across the pond, to highlight the achievements of “amazing Americans who’ve fought the cause of freedom and equality over the years.” 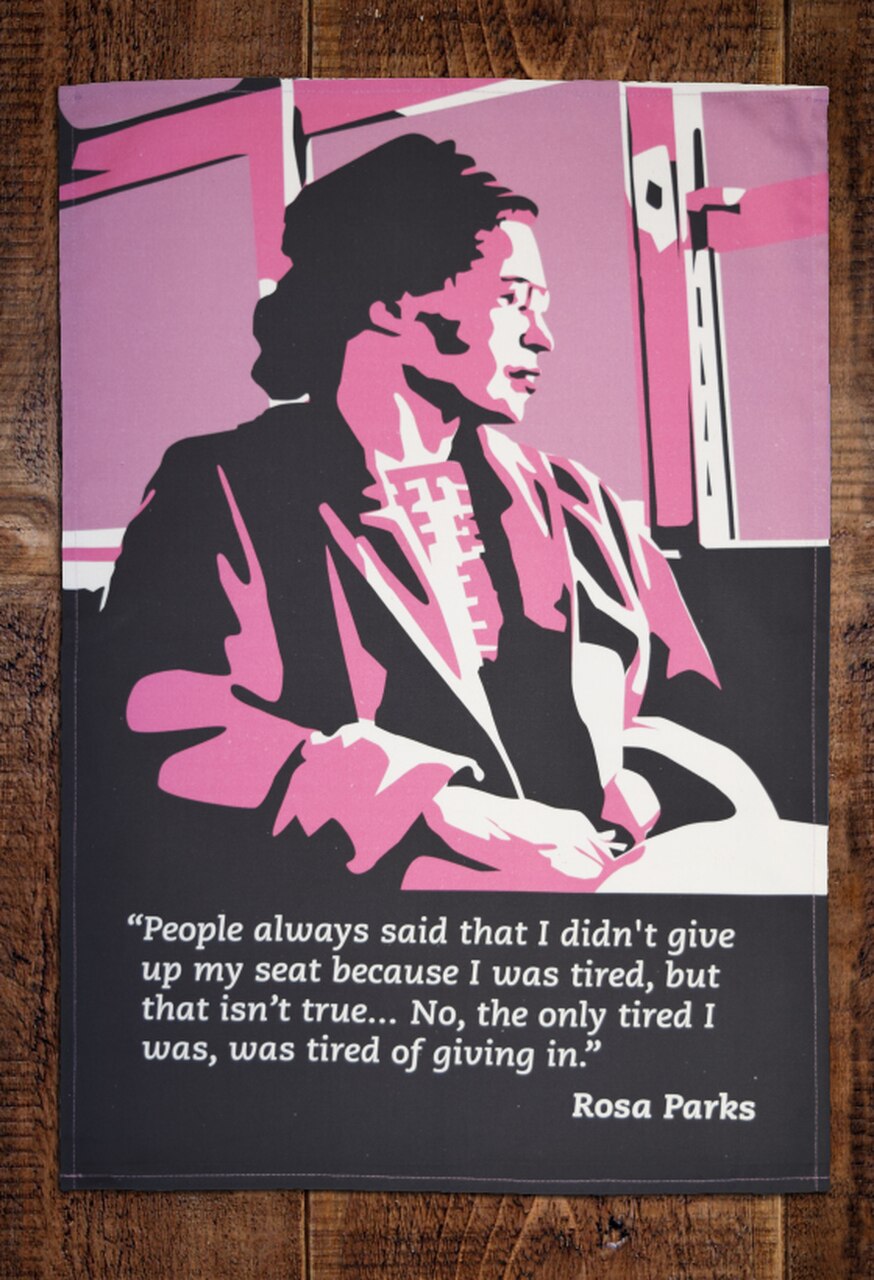 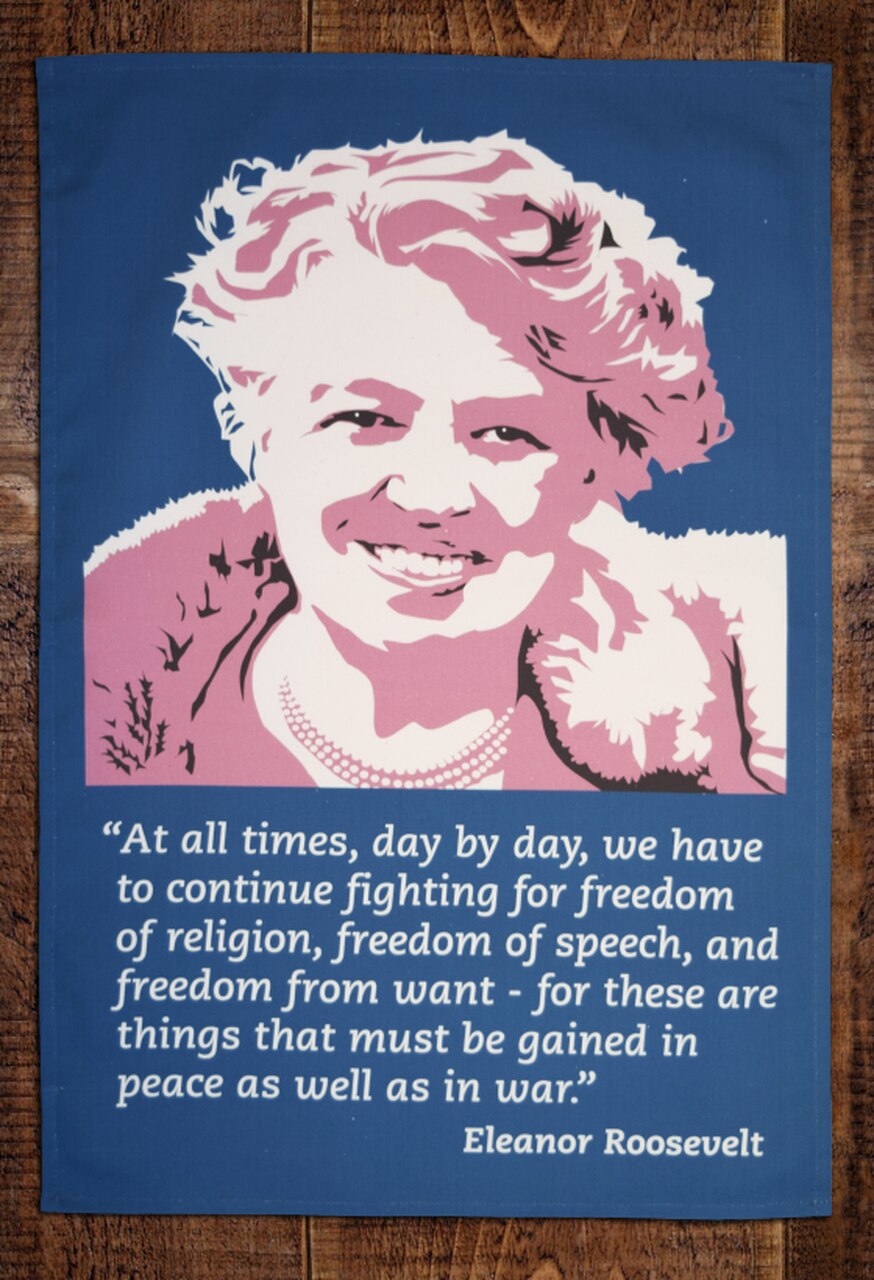 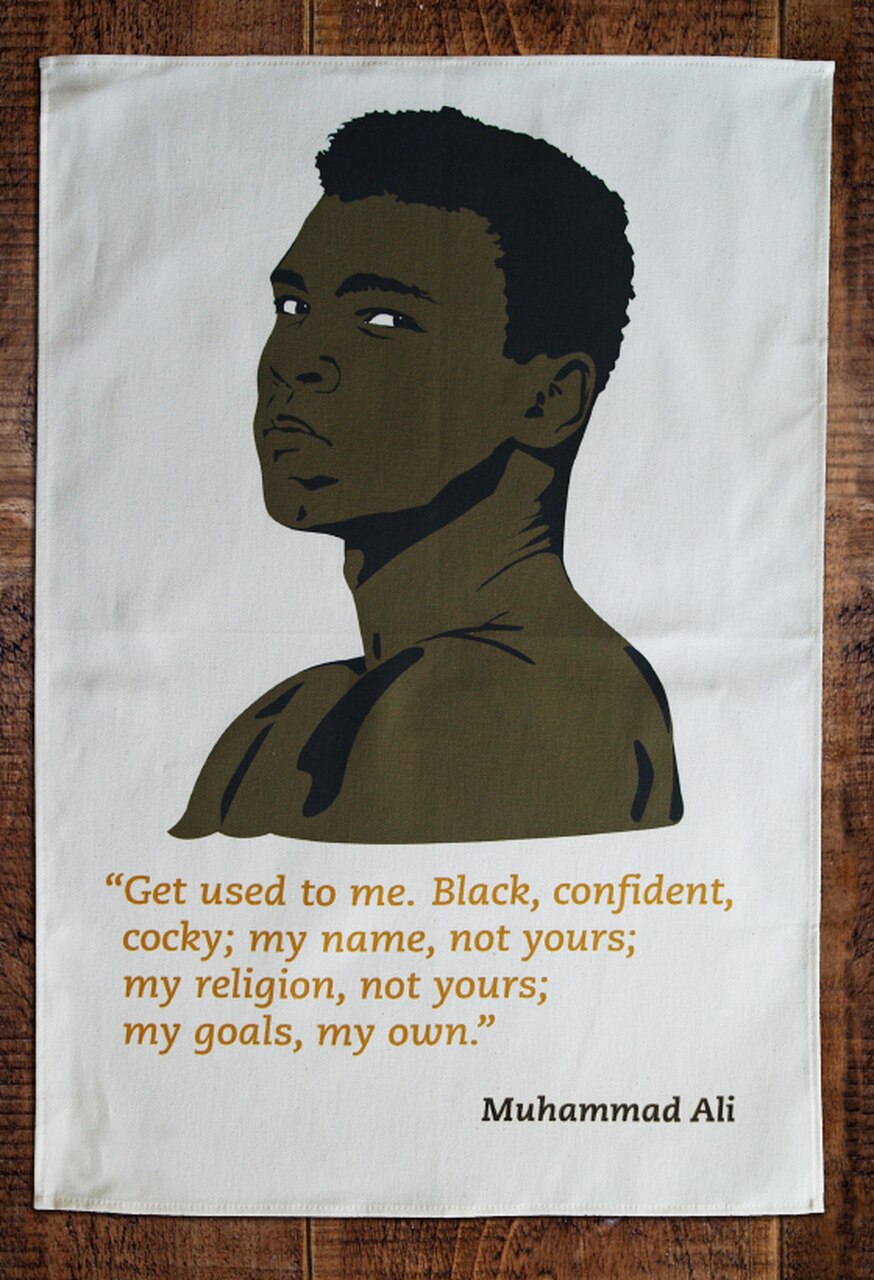 The description of each towel’s subject speaks to the passion for history, education  and justice the founders—a mother, father, and adult son—bring to the project. Here, for example, is their write up on Muhammad Ali, above:

He was born Cassius Clay and changed his name to Muhammad Ali, but the name the world knew him by was simply, ‘The Greatest.’ Through his remarkable boxing career, Ali is widely regarded as one of the most significant and celebrated sports figures of the 20th century and was an inspiring, controversial and polarising figure both inside and outside the ring.

Ali started boxing as a 12-year-old because he wanted to take revenge on the boy who stole his bike, and at 25, he lost his boxing licence for refusing to fight in Vietnam. (‘Why should they ask me to put on a uniform and go 10,000 miles from home and drop bombs and bullets on brown people in Vietnam when so-called Negro people in Louisville are treated like dogs and denied simple human rights?’ He demanded.) It was perhaps the only time he surrendered: millions of dollars, the love of his nation, his career… but it was for what he believed in. And although his views on race were often confused, this was just example of his Civil Rights activism.

Ali became a lightning rod for dissent, setting an example of racial pride for African Americans and resistance to white domination during the Civil Rights Movement. And he took no punch lying down – neither inside the boxing ring nor in the fight for equality: after being refused service in a whites-only restaurant in his hometown of Louisville, Kentucky, he reportedly threw the Olympic gold medal he had just won in Rome into the Ohio River. So, here’s an empowering gift celebrating the man who never threw in the (tea) towel.

The Radical Tea Towel blog is such stuff as will bring a grateful tear to an AP US History teacher’s eye. The Forebears We Share: Learning from Radical History is a good place to start. Other topics include Abigail Adam’s American Revolution advocacy, the bridge designs of revolutionary philosopher Thomas Paine, and Bruce Springsteen’s love of protest songs.

(The Radical Tea Towel design team has yet to pay tribute to The Boss, but until they do, we can rest easy knowing author John Steinbeck’s towel embodies Springsteen’s sentiment. ) 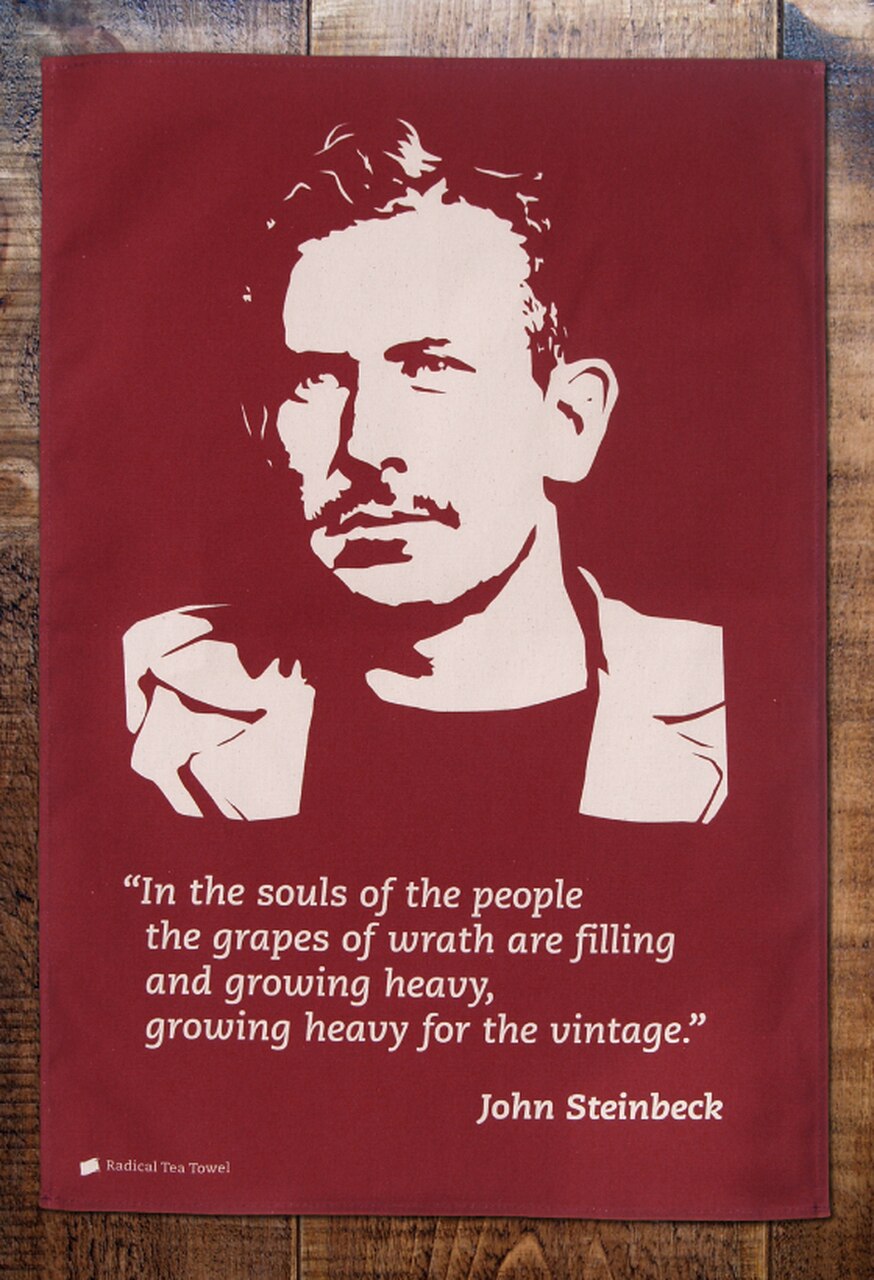 Lest our educational dishcloths lull us into thinking we know more about our country than we actually do, the company’s website has a radical history quiz, modeled on the US history and government naturalization test which would-be Americans must pass with a score of at least 60%. This one is, unsurprisingly, geared toward progressive history. Test your knowledge to earn a tea towel discount code.

Begin your Radical Tea Towel explorations here, and don’t neglect to take in all the rad designs celebrating the upcoming centennial of women’s suffrage.