The jury remains out as to the number of angels that can dance on a pin, but self-taught artist Flor Carvajal is amassing some data regarding the number of itty bitty sculptures that can be installed on the tips of matchsticks, pencil points, and — thanks to a rude encounter with a local reporter — in the eye of a needle.

According to Tucson’s Mini Time Machine Museum of Miniatures, where her work is on display through June, The Vanguardia Liberal was considering running an interview in conjunction with an exhibit of her Christmas-themed miniatures. When she wouldn’t go on record as to whether any of the itty-bitty nativity scenes she’d been crafting for over a decade could be described as the world’s smallest, the reporter hung up on her.

Rather than stew, she immediately started experimenting, switching from Styrofoam to synthetic resin in the pursuit of increasingly miniscule manger scenes. 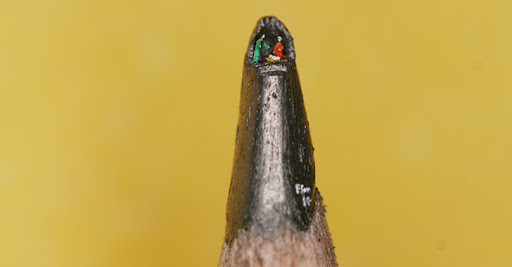 These days, most of her micro-miniature sculptures require between 2 and 14 days of work, though she has been laboring on a model of Apollo 11 for over a year, using only a magnifying glass and a needle, which doubles as brush and carving tool.

In a virtual artist’s chat last month, she emphasizes that a calm mind, steady hands, and breath control are important things to bring to her workbench.

Open windows can lead to natural disaster. The odds of recovering a work-in-progress that’s been knocked to the floor are close to nil, when said piece is rendered in 1/4” scale or smaller. 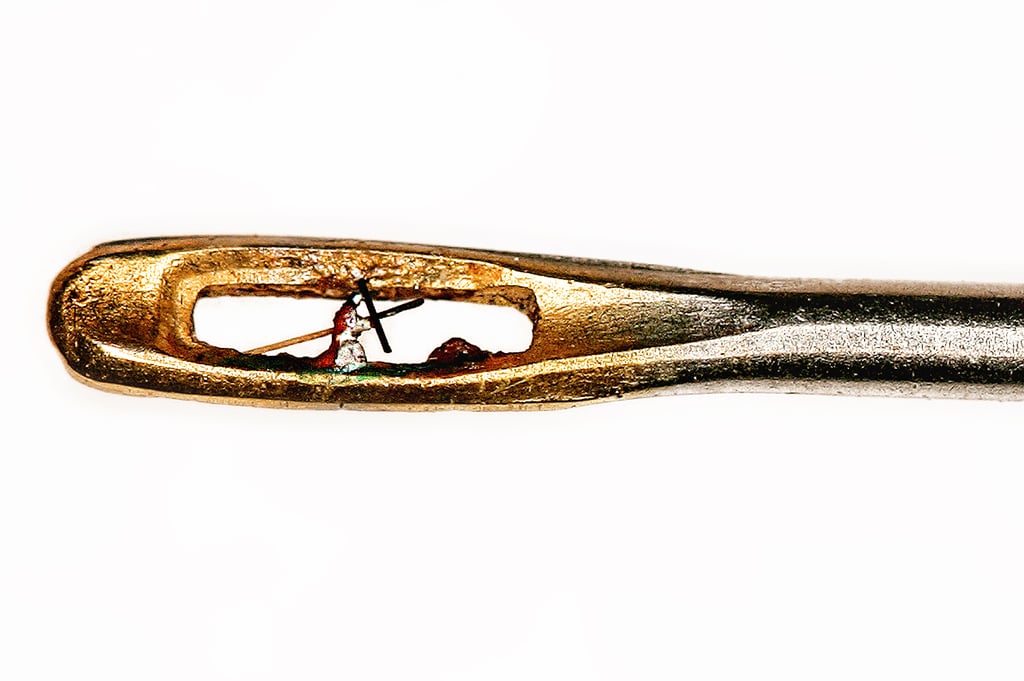 See more of  Flor Carvajal’s micro-miniatures on her Instagram.