We get the culture our technology permits, and in the 21st century no technological development has changed culture like that of the smartphone. As with every piece of personal technology that we struggle to remember how we lived without, it evolved into being from a series of simpler predecessors that, no matter how clunky they seem now, were received as technological marvels in their day. Take it from Martin Cooper, the Motorola Engineer who invented the first handheld cellular mobile phone. “We didn’t know it was going to be historic in any way at all,” he says of the first publicly demonstrated cellphone call in 1973 in the Bloomberg video above. “We were only worried about one thing: is the phone going to work when we turn it on?”

The device Cooper had in hand was the prototype that would eventually become the Motorola DynaTAC 8000X, the first commercial portable cellular phone. (This as distinct from the existing car-phone systems that Cooper credits with inspiring him to develop an entirely handheld version.) Brought to market in 1983, it weighed about two pounds, took ten hours to charge a battery that lasted only 30 minutes, could store no more than 30 phone numbers, and cost nearly $10,000 in today’s dollars.

Yet “consumers were so impressed by the concept of being always accessible with a portable phone that waiting lists for the DynaTAC 8000X were in the thousands,” says Motorola design master Rudy Krolopp as quoted by the Project Management Institute. “In 1983, the notion of simply making wireless phone calls was revolutionary.” 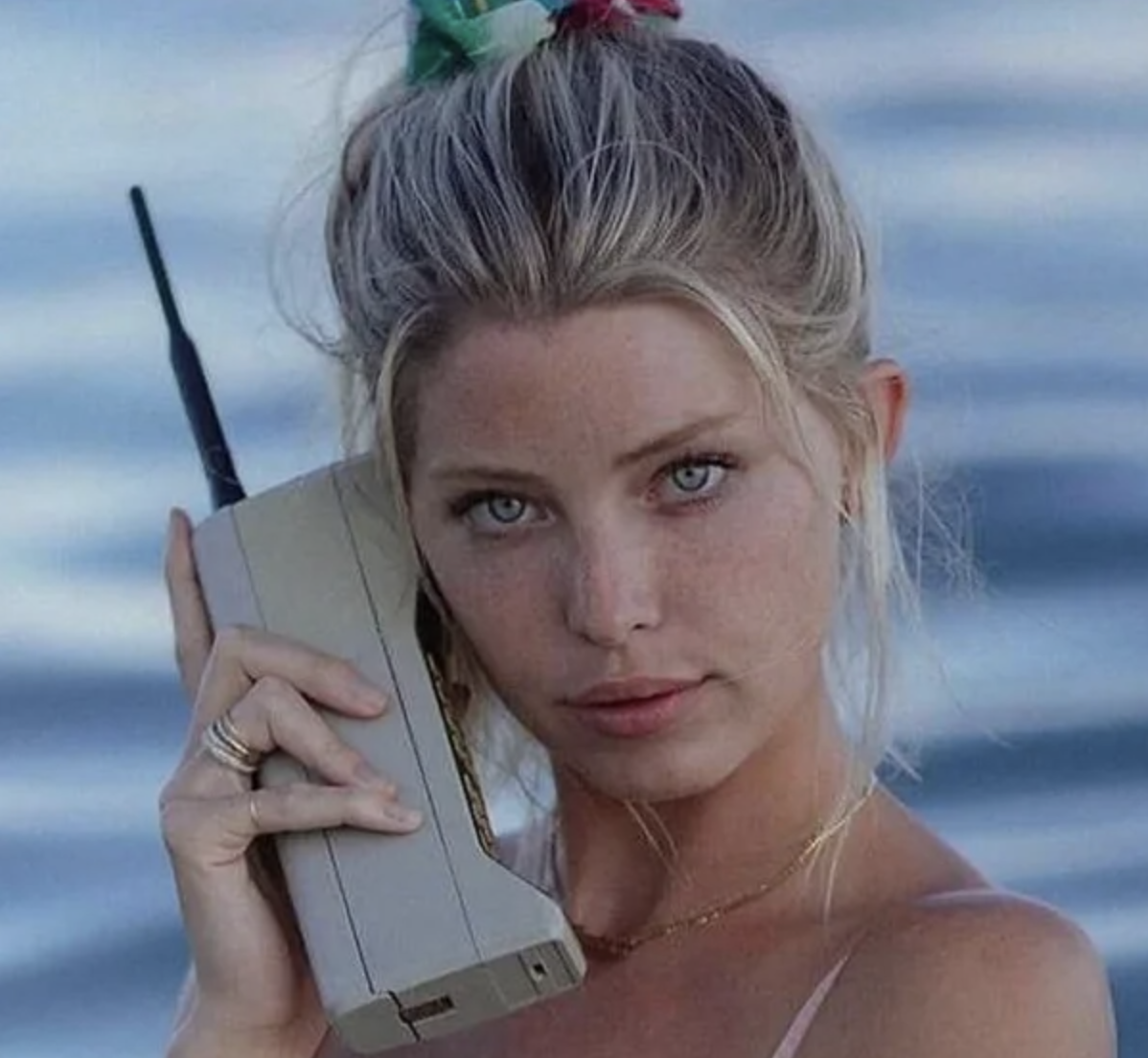 38 years after “the brick,” as the 8000X was known, we’ve grown so used to that notion that many of us hardly ever make wireless phone calls anymore, preferring to communicate on our phones through text messages or an ever-expanding universe of internet-based apps — to say nothing of the other aspects of our lives increasingly handled through palm-sized touchscreens. “The modern smartphone is a technological marvel,” says Cooper. “It really is incredible, all the stuff that is squeezed into that cellphone.” Yet despite the astonishing evolution of his invention it represents, he’s not satisfied. “We think that we can make a smartphone that does all things for all people, and yet we know that it doesn’t do any of those things perfectly. We’ve still got a ways to go.” If you’re reading this on a smartphone, know that you hold in your hand the “brick” of 2059.

When We All Have Pocket Telephones (1923)