An Interactive Map of 530 Female Composers from Across the Globe 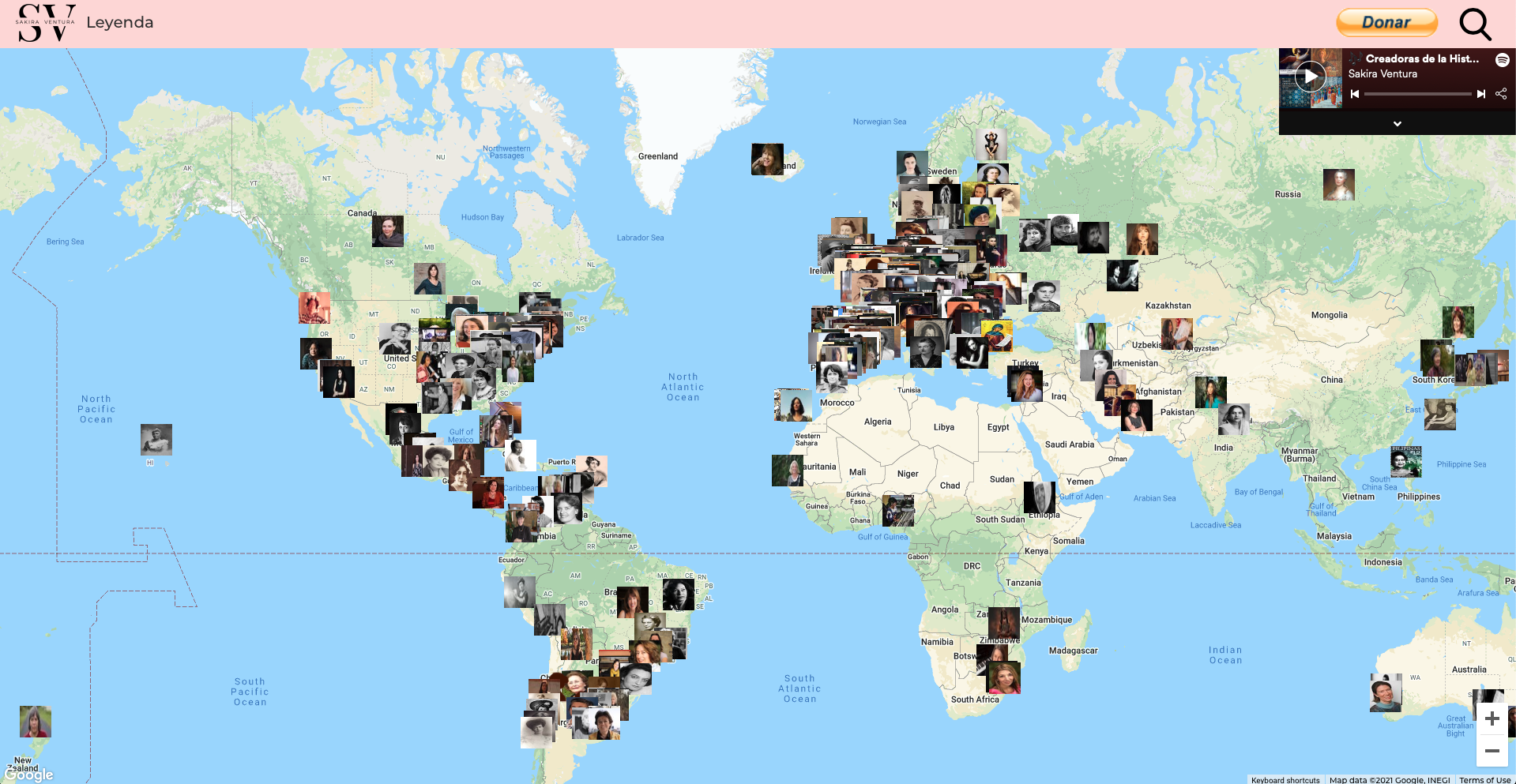 Self-proclaimed traditionalists love to talk about how allowing women in the workforce precipitated social decline. This is a delusion. “Women have always worked,” as American labor historian Alice Kessler-Harris argued in her book of the same name. “In preindustrial societies,” she writes, “nearly everybody worked” in cooperative endeavors, “and almost nobody worked for wages.” And in industrial societies, women have always worked, and they were often the primary earners in their families. But since their stories do not fit a traditional narrative, they’ve been ignored. 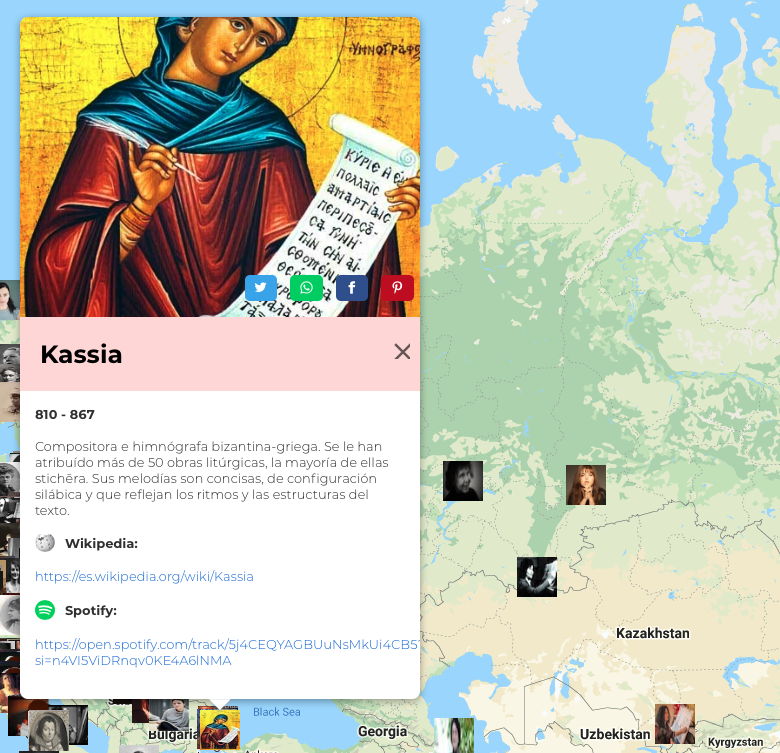 Moving goalposts and narrow definitions of what counts as “work” have marginalized women’s contributions in hundreds of fields, including music. But women have always written music, whether or not they’ve been compensated or recognized as professional composers.

In some cases, their careers were cut short before they could begin. Such was the fate of Mozart’s sister, Maria Anna, who was also a child prodigy, traveling Europe with her brother and dazzling the aristocracy in the 1700s. Her accomplishments “were quickly forgotten,” writes Ashifa Kassam at The Guardian, “after she was forced to halt her career when she came of age.” 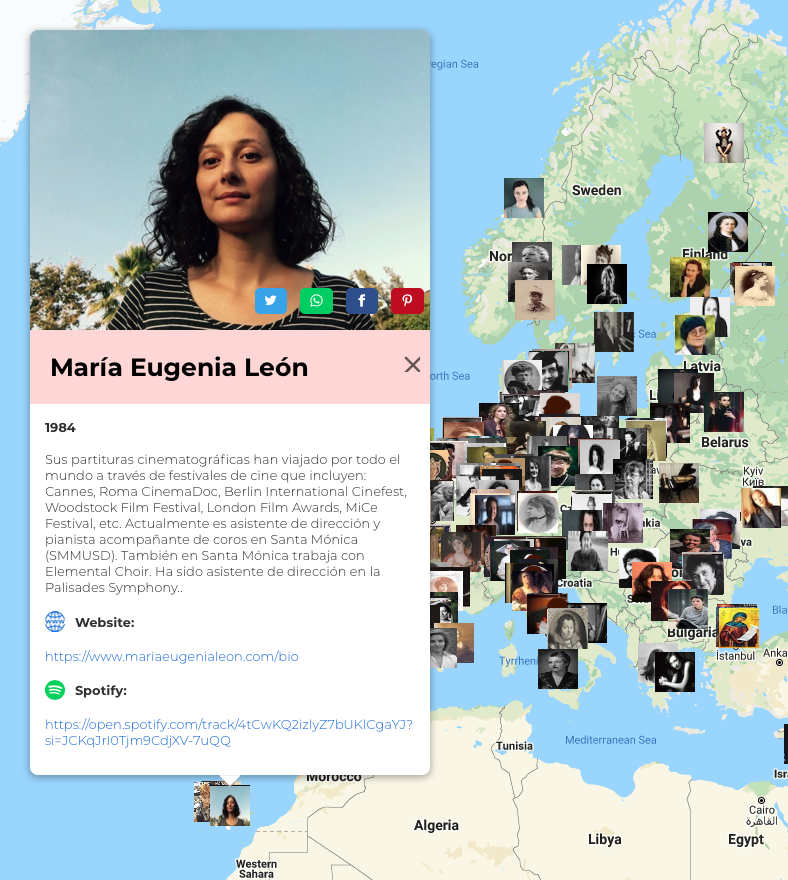 Maria Anna Mozart is one of hundreds of women composers you’ll find in the interactive map created by Sakira Ventura, a music teacher from Valencia, Spain, who has collected 530 composers, placed them geographically on the map, and included links to Wikipedia pages, websites, and Spotify. The map is in Spanish, as are all of the short biographies in each composer’s window, but Ventura links to their English-language Wikipedia pages, making this an excellent resource for English speakers as well, and a much-needed one, Ventura found out when she began her research. 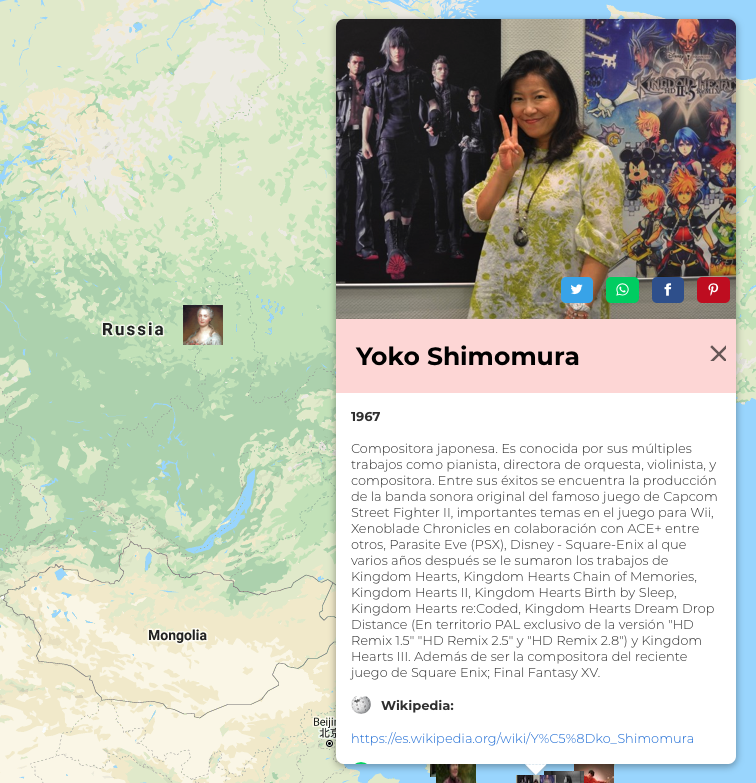 When Mozart’s sister was writing music, “It was taken for granted that a work composed by a woman wouldn’t be of the same quality as that composed by a man,” Ventura says. Not much has changed. When critics have asked why she doesn’t include men on her map, “I have to explain to them that if they want to find out about male composers, they can open any book on music history, go to any concert or tune into any radio station. But if I’m putting together a map of female composers, it is because these women don’t appear anywhere else.” Visit the interactive map, Creadoras de la Historia Música, here. 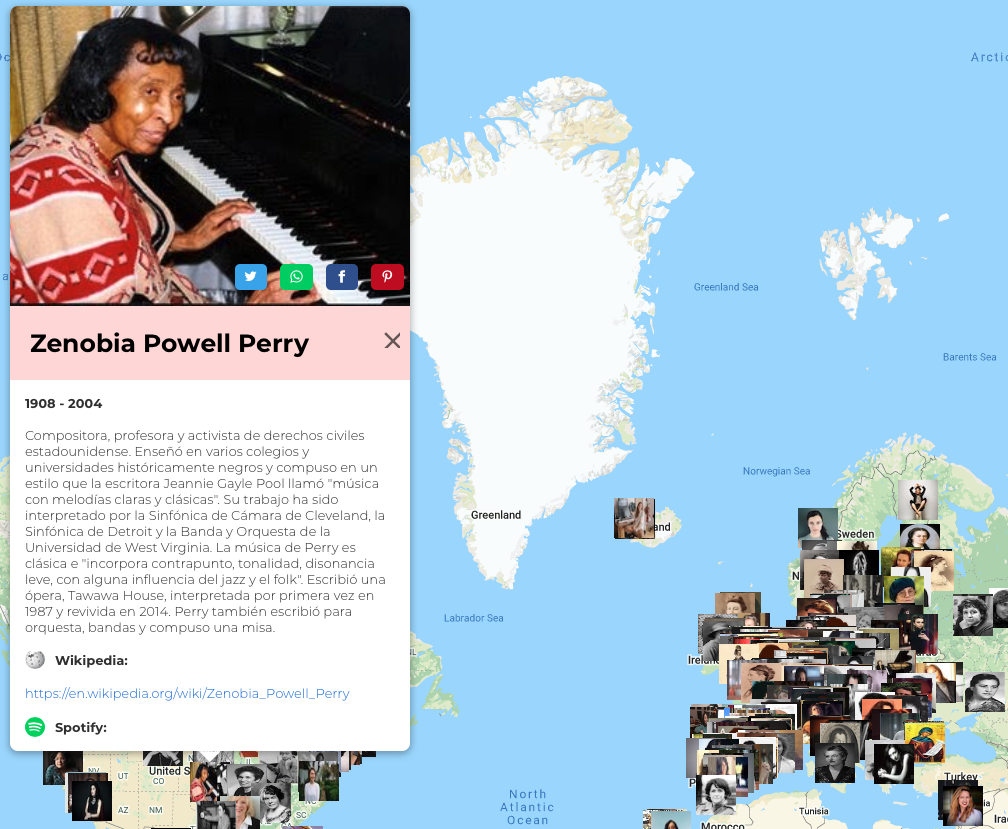